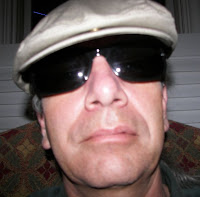 It’s hard to believe: One year ago today I wrote a simple little post declaring my intention to document life in Knoxville. Like most blogs, I started with one reader: myself. Unlike most blogs, the story didn’t end there. I’ve read estimates that suggest that 60% to 80% of all blogs are abandoned in the first month. Well over one million blogs have just one entry, day one, then nothing. I had no idea how mine would turn out. Today marks my 310th post in 365 days.

I realized early on that I was not content simply to write for my own amusement. I wanted an audience. I sent e-mails to everyone in my address book announcing my blog and readers appeared. June 7, 2010 I had 77 readers for a post about Sundown in the City featuring the Dirty Guv’nahs and Blues Traveler. I averaged 31 visitors a day that first month.

I had my first one hundred visitor day July 19 when I ran a post about the 100 Block opening. I surpassed three hundred just a few days later when I wrote a post about Christabel and the Jons. I set what would be an all-time record for many months on August 15 when I wrote the first in a series of three posts about the Neo-Nazi march in Knoxville. It was linked by hate sites and many other sites and continues to be read nearly ten months later.

At this point I thought blogging was pretty easy. Sure it took me about eight hours to write that one neo-Nazi post, but readership was up and I was on my way. Only I wasn’t. Readership drifted steadily down from that point through the end of November, with occasional bursts bucking the trend.

I continued to write steadily and link to articles on the Knoxville News Sentinel whenever it appeared relevant. Josh Flory and Michael Silence linked to my blog occasionally from their blogs at Property Scope and No Silence Here. Metropulse featured my blog in their blogger issue. The food network linked to my blog when I wrote about their Knoxville show. When I wrote about business in late September I garnered some links and attention for the blog.

As readers continued to accumulate, many of you wrote me personal e-mails telling me about something you thought I should look into or an event that I should attend. Some of you sent me pictures to post and I really appreciated that. Some of you have linked my blog to your blog, webpage or Facebook account and for that I’m grateful.

Recently the blog has attracted more readers than ever. Recieving an honorable mention for best blog from Metropulse helped a bit (thank you voters). For the month of May I averaged about 173 readers per day. While my two posts on Bob Dylan garnered huge numbers due to links from Expecting Rain, the typical day saw anywhere from 130 to 140 readers.

What have I learned? I’ve learned that blogging can be very rewarding. I’ve met many people and had many great conversations I never would have had otherwise. I’ve learned blogging is hard work if you take it seriously. I work two to five hours a night on the blog. I’ve learned that blogging is lucrative: I’ve earned approximately $35 from Amazon sales or Google ads (people clicking the Google ad on the page). Folks, that’s almost ten cents per post! Given that I probably average about two hours per post, thats five cents an hour. Obviously, I’m in it for the money.

Seriously, it has been an interesting journey and one that I hope continues for a long time to come. Downtown Knoxville just gets better and more interesting everyday. There is more to write about than time to write it. Thank you for your continued support. Want to help more? Here are some things you can do:

Mostly, just keep reading. I very much appreciate each of you. I want to make this blog one that people anticipate and talk about. I enjoy Knoxville and I want to help others love it the way I do. Here’s to a second great year. On the chance that some of you are new readers or in case some of the veterans would like to relive some of the more popular posts, I’m ending with links to the top ten posts of the first year. Enjoy. And Thank You.