I’ve always enjoyed watching the people at the concerts I attend. I sometimes speculate about what kind of world would evolve it everyone disappeared except the people at that concert. Would the world be a better place or a worse place? Does it matter if the concert crowd is a Willie Nelson crowd, a Pink Floyd, Grateful Dead, Led Zepplin, Jay Z crowd? I suspect it does make a difference. 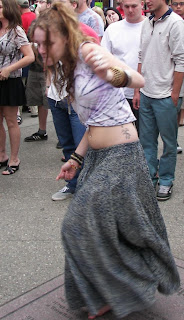 If I got to pick, I’d probably pick a Bob Dylan audience to start my new civilization, though that probably doesn’t surprise anybody reading this blog. Unfortunately, they would be a bit old. Probably a Ben Harper crowd would be a good one. Of the crowds I’ve been in at concerts, I think the worst to start a new civilization would be a George Jones crowd or the Guns N Roses/Skid Row crowd. With which concert audience would you start your perfect world? 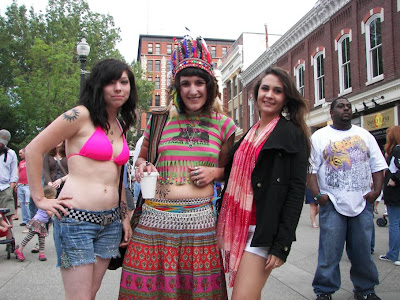 In the case of Umphrey’s McGee they would be a college-aged, colorful group. This was one of the most fun concerts for crowd watching. I wish I could have focused on the people a bit more. I’m sure I could have had twice as many pictures, if not more.

I hope you enjoy the ones I did get. I have no idea the names of any of these interesting people. Maybe someone will see themselves. I do have a young demographic, don’t I? 🙂 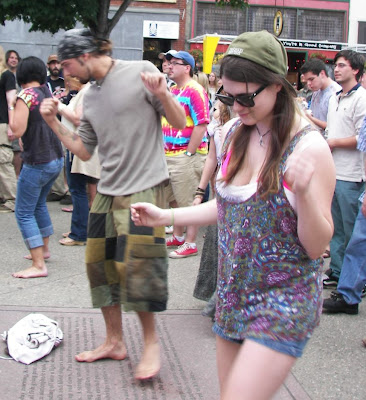