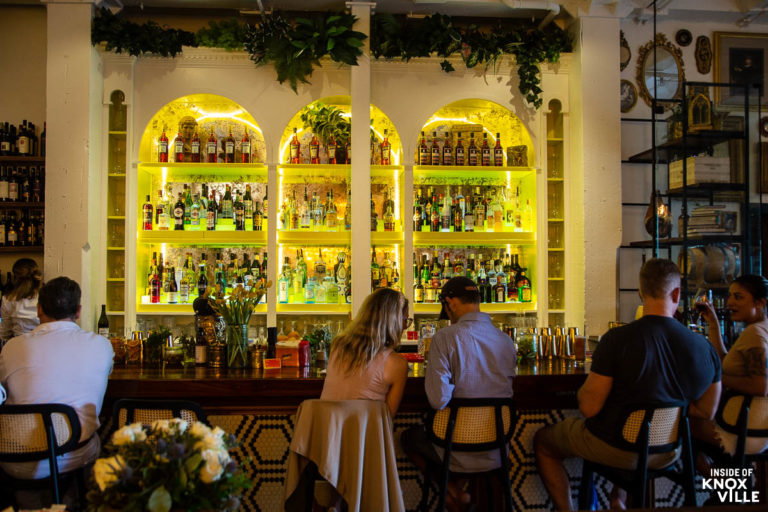 Knoxville has more than its share of good people doing good things. I love connecting with new people only to find out that we each have overlapping lists of friends and acquaintances who we admire, have learned from, and depend on. I wanted to take a minute and point out two Knoxville couples who have gotten well-deserved national praise in recent days.

First came plaudits for Lawrence Faber and Emily Williams at Potchke Deli. That they would get favorable press locally is no surprise to those of us who have eaten there, but the source of the praise was not local. Brett Anderson wrote a lovely spread in none other than the New York Times. You may need a subscription to read it (which I recommend), but it details Lawrence’s roots and the couple’s trip through Ukraine in the months before the war.

Two other notes regarding the article: Our own Shawn Poynter provided the photographs, giving him photo credits for the lofty newspaper. Also, according to Compass (another required subscription in our household), the reporter found Potchke Deli when he was in town covering Big Ears. It’s another ripple effect of the festival that brings international attention to our city we would not otherwise get.

We all know that Aaron Thompson and Jessica King know how to make an inviting and high-quality cocktail lounge, which they did at Sapphire, and wine bar, which they’ve done at Brother Wolf. They travel the world (literally) looking for the best the food and beverage industry has to offer. Now the rest of the country knows.

Last week, Esquire magazine published a list of the Best Bars in America, or “twenty-five locations worth a night out.” As might be expected, four were New York City or nearby and Los Angeles and Chicago were represented, but the article also highlighted nine bars in the southeast. The smallest place represented was Oxford, Mississippi. Asheville had a spot, but so did Knoxville, in the form of Brother Wolf. The Old City wine bar is a gem and worth a visit (or many, if you are as taken with the place as I’ve become).

The quirky, semi-poetic paragraph on the bar is worth replicating here. For what it’s worth, while I’m not down with the smoking suggestion, the negroni has my highest endorsement:

Bitters flow in bright-red ribbons, glow in backlight, and spill into the starlit night from Brother Wolf, an amaro-centric bar near the old train depot in Knoxville. It’s not that big a city, and bitters are still a bit niche, so chances are you’ll run into someone you know. And you might lean, elbows on the drink rail, peering at the red, yellow, and black pages attached to a brass clipboard that constitute the menu and marveling at the range of amari. And you’ll probably order a very good drink, like a negroni bianco (made with gin from up the road and Baglio Baiata Alagna bianco from Sicily) or an Il Professore (made with Fernet and Montenegro), and maybe even bum a Parliament and smoke it outside and run into the owners, Aaron Thompson and his wife, Jessica King, and their two Great Pyrenees, Moose and Badger, and their daughter, Stella, namesake of the adjoining Osteria Stella. 108 West Jackson Avenue

As for the plans, there are many things happening this weekend. Of course, you can see the full list here, but I wanted to highlight a couple.

Fourth and Gill Tour of Homes

First, the 32nd annual Fourth and Gill Tour of Homes is this Saturday afternoon. This year’s version has a couple of twists. An option of a VIP champagne brunch has been added this year, and that begins at 11:30. Additionally, a “secret garden” component will be incorporated into the tour this year. This one of our favorite annual events and we are attending and taking out of town guests this year to explore this great Knoxville neighborhood.

This great event is coming to downtown Knoxville for the fifth year and always delivers incredible excitement as well as large contingents of visitors to the city. The streets will be packed tonight with the men’s and women’s criterium races circling through downtown streets. This incredibly fast-paced race is on a short route, so you really have more opportunity to see the racers in a short amount of time. Gay Street will be closed to cars.

After a break on Saturday, the men’s and women’s pro-road championships will start and finish on Gay Street while working several laps along a long route that includes a jaunt (if you can call climbing steep hills at break-neck speeds a “jaunt”). Gay Street will be closed and many other area streets and roads will be impacted.

Don’t miss this opportunity to see world-class riders, some of whom go on to participate in the Tour de France next month. You can find all the schedules, routes, road closures and more here. Come out, have a blast and welcome thousands of visitors to the city! I’ll see you there, too!