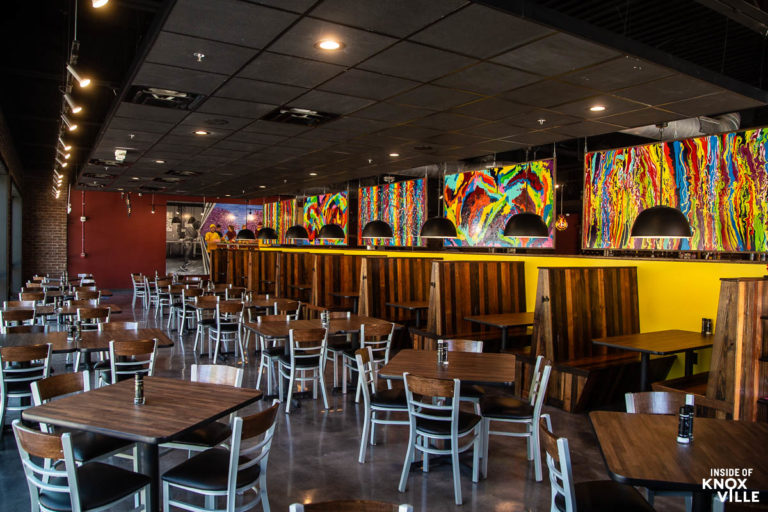 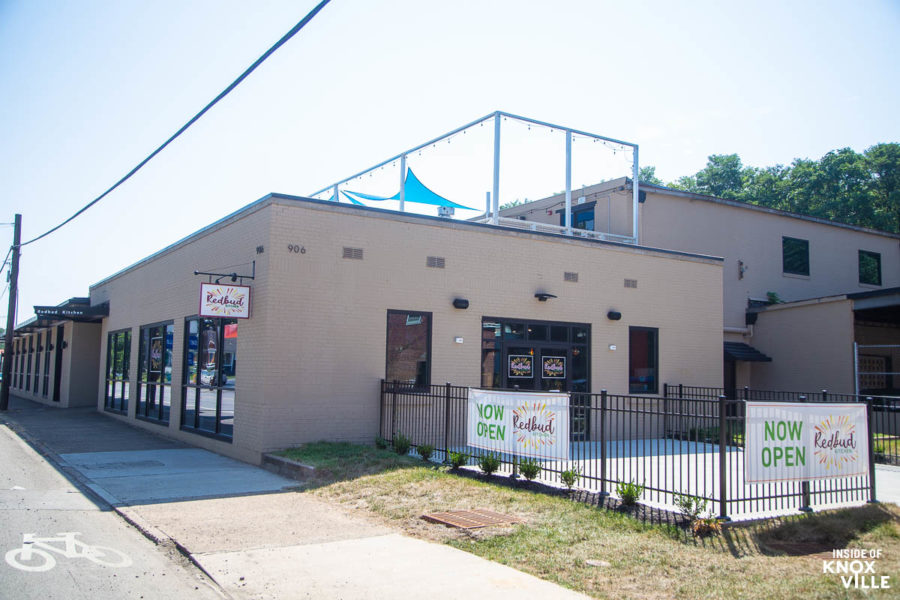 A new restaurant recently opened just below and to the front of Hi-Wire Brewing. Redbud Kitchen is the second restaurant opened by Morristown residents Wally and Lisa Long. It joins a growing number of restaurants, breweries and other businesses making that corridor one of the up and coming sections of town. I sat down with Lisa and Wally to get the back story and learn about the food.

Wally was born and raised in Morristown. He attended UT and returned to Morristown to help his grandfather operate his retail lumber business, taking it over in 1990 when his grandfather passed away. The business closed in 2009. After being on the board of the local country club for twelve years, the country club lost their manager and hired someone who worked with them only a short time before becoming very ill. It became apparent he could not return to work and Wally was asked to become manager in 2008.

It was supposed to be interim, but a few months turned into thirteen years as manager of the property. He officially leaves the position next month. In 2009 Lisa became executive chef at the country club, which is where they met. After a time, she left the country club and entered the wholesale side of the restaurant business. The company was local and the job was very good, but she missed the creativity of the kitchen.

They began developing a business plan for a potential restaurant. Wally wanted a more upscale restaurant, but it would have required the two of them to leave their jobs, so they shifted to a concept she could manage on her own. After some hesitation and uncertain whether to proceed, her company downsized and hers was one of the positions eliminated.

The result was Redbud Deli in Morristown, the first of their two restaurants, opened in September 2014. Not actually a “deli” in the strict sense, it features soups, salads, paninis and more. The restaurant offers lunch and dinner and all the dishes are Lisa’s creations. They started with only a couple of entrees at night, but eventually more entrees were added and they were made available for lunch or dinner. Despite the pandemic, he said they continued a strong carry out business and 2021 has been their best year ever.

About three years ago they began to consider opening a second location. After considering a Greeneville location, their attention turned to Knoxville. After meeting with Tim Duff and looking at the space, they fell in love with the 906 Sevier Avenue location. The relationship they have forged with Hi Wire (food is delivered to your High Wire table) sealed the deal.

The original contact was in March 2019 and it took well over two years to get to an opening. After negotiating the lease, they signed in November 2019. Dollar and Ewers began work on architectural drawings, but by the time those finished, the pandemic hit and everyone hit pause. In July momentum began again, but the city required drainage work be completed outside, so the permitting process slowed.

Once those hurdles were cleared, Jason Stouffer served as general contractor and the work began. Wally said that Jason and Tim Duff, one of the developers of the building, have been great to work with. They had availability issues with equipment due to the pandemic, which also led to delays. They finally opened about six weeks ago with 120 seats.

The biggest concern for now is finding employees. They are looking to hire multiple positions. They had hoped to be open more hours and days, but they are unable to fill all the positions needed for that many hours, so they are currently not open on Monday or Tuesday.

The most interesting twist in the journey to opening day came when the couple placed an ad on Indeed for a general manager. One of the first applicants was Frank Sinato — the very person who had become so ill and left the country club in Morristown in 2008. Wally said he had often wondered what happened to him. He had fully recovered, worked in a high volume restaurant, and had left it for a different industry. He wanted to return, they hired him, and he is now the GM for Redbud Kitchen.

Lisa is from North Dakota, growing up just outside of Fargo. She moved away when she was twenty, living in various states. She struggled finding a passion for a career and, after numerous suggestions from her mother, one finally made sense. She enjoyed making new culinary creations and would tell her mother about each one. When her mother suggested she attend culinary school, something clicked.

In 1998 she graduated from the Pennsylvania Institute of culinary arts. She knew very little about being a chef, saying there was no real concept of that where she grew up. There were cooks and food was seen in more utilitarian terms.

Married to her previous husband who was from east Tennessee, the couple moved to Morristown. She worked in Knoxville as a chef, first at the Hyatt, then at Bistro by the Tracks, Eva’s to Go and later at The Country Club of Morristown. She originally wanted to do the fine dining concept because she enjoys being creative and exploratory with her food, though she realized she could be creative with a more casual concept.

She says a customer described her approach as “walking the line between interesting and comfortable.” She said that was exactly what she is trying to do. It went really well and she said it feels like “what I was made to do.” She said it has been fun to “work with the same palate but to come up with new creations,” for the new restaurant.

The menu has been expanded. She said they probably have thirty different sandwiches at the Morristown location and that has been trimmed to about ten for Redbud Kitchen. That allowed for expanded entree and other offerings.

She said the Shrimp and Grits is the same, “shrimp and andouille, roasted Portobello, red peppers and a a sherry cream sauce over our creamy grits.” She said customers often say its as good as shrimp and grits they have eaten in Charleston.

Many of the foods are offered as gluten free or vegetarian or with options to make them fit those categories. Two of the sandwiches or wraps are vegetarian and two others can be made that way. While the eight entrees are primarily meat-centered, including meatloaf, pork and chicken, four are pescatarian, including the shrimp and grits, lemon roasted shrimp, chili salmon and brown sugar salmon. A wide range of “munchies” are offered including a hummus platter, quesadillas, nachos and tacos. You can see the full menu here.