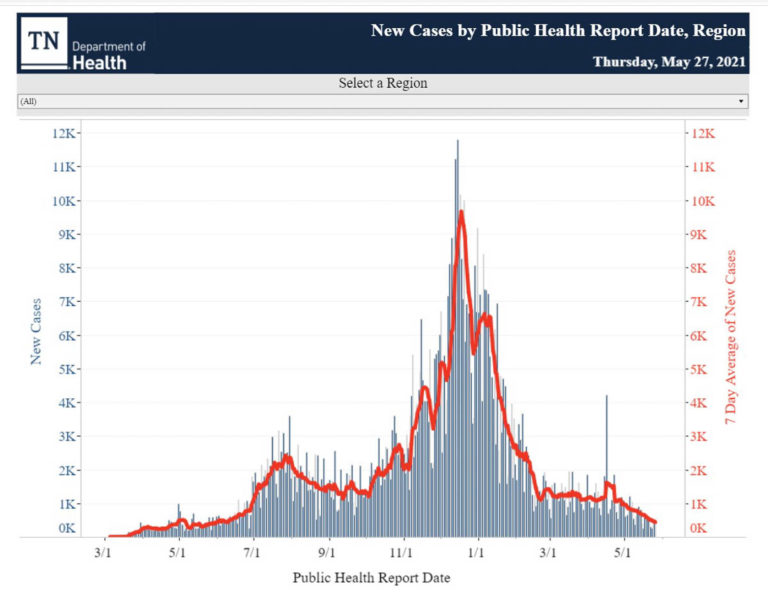 We did not see that coming, did we? Fifteen months ago, COVID-19 was a vague story we’d read about something happening in China. We had no idea that it would be one of the very few stories to matter for the next fifteen months. And the story is far from over. The virus continues to spread at extremely high rates and deaths remain very high across the world. Vaccination distribution has been extremely slow in many places.

The U.S. has fared more poorly in both case and death rates than most other countries in the world. Why did we do so badly? If we do not grapple with that question and simply return to the “America is the best,” mantra that we love, we’re doomed to repeat our failures. Can our health system be improved? Can our general health be improved? How can we be more prepared?

As a reporter covering the story, the saddest chapter, for me, would be the one devoted to the divisions in our country. We have a persistent minority that has believed conspiracy theories over evidence, directed anger at those doing their best to help us, and, because they are loud and angry, have often won the day. I would like to think we will do better next time. If over 600,000 dead Americans is not enough to prompt a re-thinking, then we will not.

The most discouraging current storyline is that so many Americans refuse to accept a vaccine that will save lives. We have come a long way, but over 23,000 people a day continue to get the virus and over 500 each day die from COVID-19. At this point, that is largely unnecessary. Because of our wealth, the vaccine is as available here as any place on earth, yet nearly half of Americans have declined it thus far, and the numbers are much higher in our region. Please get the vaccine. Please encourage those you love to do so.

And thank you for reading these reports over the last months. I hope they have been helpful.

78,965 deaths from COVID-19 were confirmed over the last seven days, representing an 8% decline from the previous week. On average, 11,280 people died each day from the virus, down from about 12,300 the week before. The number is well below the roughly 14,500 per day who were dying in January but remains toward the upper end of death rates reported over the last fifteen months.

Of these, Colombia may pose biggest current concern, as reported cases in the country rose by 30% over the past week, while most of the others remained steady or declined. Argentina, which saw a large increase the week before, saw cases rise by 5%. India, the U.S., France, and Turkey each saw declines of 20% or greater.

About 1.81 billion doses of the various vaccines have been administered internationally, an increase of about 250 million in the last week. The New York Times reports the following shot rates per 100 people for each of the continents: North America (59, but for the U.S. it is 88), Europe (46 – almost double the previous week), South America (27), Asia (21), Oceana (11), and Africa (2.2). Seychelles leads the world in percentage of its population fully vaccinated (64%), while the U.S. has dropped from fifth to seventh at 40%. China continues to lead the world in total vaccines given at 584.4 million, while the U.S. is second with 290.7 million.

The United States has reported 39,000,000 cases of COVID-19 since the beginning of the pandemic, including over 161,000 in the last week, reflecting a 20% drop from the previous week, after 21% declines each of the previous two weeks. Just over 27.7 million Americans have recovered from the illness and almost 608,000 have died. About 5.7 million currently test positive for the virus.

The U.S. averaged 23,060 new cases per day over the last seven days, almost 5,700 per day fewer than the week before. It is the lowest rate of new cases per day recorded in the country since June 15, 2020 (22,848). The decline in the average number of cases has continued steadily since April 14.

The death rate in the U.S. from COVID-19 also continues a steady decline, though it is, once more, on track to be one of the leading causes of death for the year (It was the third leading cause of death in the country last year.). 3,684 people died of the virus in the U.S. last week, or 526 people per day, a decline of 11% over the previous week. This is the lowest daily death rate recorded since July 6, 2021, when the U.S. was averaging 525 deaths per day from the virus.

Yesterday, only one state (Florida) reported more than 2,000 new cases (same as last week) and six reported 1,000 or more, down nine a week ago. The top states in per capita cases and deaths are not changing much as the new numbers drop rapidly. The top five states in per capita cases (pandemic totals) are North Dakota, Rhode Island, South Dakota, Iowa, and Utah. Tennessee remained sixth. The five states which have led in per capita deaths remained the same: New Jersey, New York, Massachusetts, Rhode Island, and Mississippi. Tennessee dropped a spot to 22nd in per capita deaths.

Vermont holds the top spot for first vaccinations given (69%), with Hawaii, Massachusetts, Maine, and Connecticut rounding out the top five. Maine continues to lead in those fully vaccinated (54%), with the top five rounded out by Vermont, Connecticut, Massachusetts, and Rhode Island. Tennessee dropped to a tie for 45th, (with Georgia and Arkansas) in first shots (39%), with Idaho, Wyoming, Alabama, Louisiana, and Mississippi ranking worst. Tennessee is in a five-way tie for 44th in those fully vaccinated (31%), trailed only by Mississippi and Alabama.

Yesterday, the state of Tennessee reported 392 additional cases of COVID-19, bringing state totals to 710,172 confirmed cases and 151,926 probable cases. Over the last seven days, the state has averaged 400 new cases each day, down from 516 per day a week earlier. This represents the lowest point in the seven-day average since May 31, 2020 (399).

Over the last fourteen days, the number of cases reported in Tennessee have dropped 43%, better than the 35% average drop across the country. 844,470 Tennesseans are considered recovered from the virus, while 5,200 currently test positive. The number of active cases reported in the state is the lowest since June 25, 2020 (5,076).

Hospitalization rates are also dropping rapidly in the state, with 9 admitted to the hospital yesterday, bringing the pandemic total to 21,888. 518 COVID-positive Tennesseans are currently hospitalized, down from 574 a week ago. 185 remain in ICUs (down from 200 last week), and 100 are on ventilators (up one from last week).

The state reported 22 additional deaths yesterday, bringing the pandemic total to 12,428 who have died from the virus. Over the last week, the state has reported 66 deaths from COVID-19, up from 59 the week before. The average of about 9 deaths per day is like that of last June.

Testing in the state remains low, but increased slightly last week, with an average of about 10.7 thousand tests per day last week, up from 10.3 thousand per day the previous week. The state reported 12,266 tests yesterday, bringing the pandemic total to almost 8 million. Also reported was an excellent 3.38% positive test rate, indicating perhaps the lower level of testing is adequate. Johns Hopkins University is reporting a 3.2% positive average over the last seven days.

The Knox County Health Department reported four new cases today, bringing county totals to 43,329 (totals adjusted downward slightly from last week as cases are audited) confirmed cases and 8700 probable cases. Only one day this week (Wednesday, 22) did the Health Department report double-digit case numbers for the day. With 56 total cases for the week, the county averaged 8 per day, down from 13 per day the week before.

Case numbers are like levels last seen in late May and early June 2020. 51,114 cases are considered inactive, while 276 county residents currently test positive for the virus. The level of active cases dropped from 292 a week ago.

One death was reported in the county this week, down from two last week, and bringing the county total to 639 since the beginning of the pandemic. The single death reported this week was of a person 75 years old or older.

After recording a 3.4% positive test rate last week, the state is reporting an even better 3.3% rate for the county this week. These numbers were virtually unimaginable just a few months ago.

390,464 vaccinations have been given in the county, with about 9,600 administered this week. The relative bottom dropped out of the vaccination rate this week, with a drop of nearly 50% over the week before. 45.47% of county residents have gotten at least one shot, up only slightly from the 44.52% reported a week earlier. 186,946 (39.1%) Knox County residents are fully vaccinated.

The COVID-19 metrics for the county were updated, though nothing changed. Case metrics remain green as case numbers continue to drop. Testing remained yellow, as the volume of testing continues to decline. Health capacity remained yellow as vaccination rates declined. Hospital capacity and deaths remained green.

I’ve been including a link to the New York Times page for Knox County for several weeks, as it gives their detailed analysis of where each county in the U.S. stands. Their standards for each category are extremely strict. They continue to reflect the current risk level in the county as high.