The Brewing and Distilling Center Expands 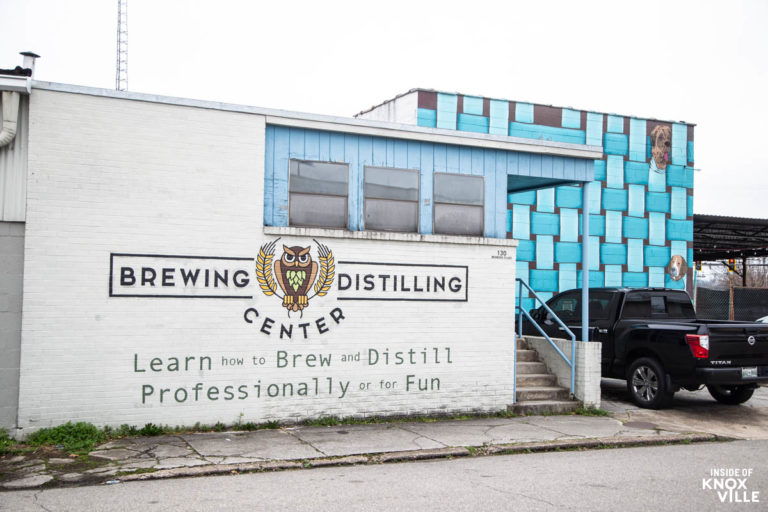 It’s a story we’ve seen repeated several times before as we’ve looked at business responses to the pandemic: Many businesses have taken the opportunity to make bold moves to prepare for an exciting post-pandemic Knoxville. I spoke to Todd White, founder, and director of the Brewing and Distilling Center and learned he’s done exactly that.

I’ve introduced Todd before, but the short version is that he developed and ran the brewing program for South College from 2013-2017. He felt he could do a better job and could do so more economically, so he left South College and founded the Brewing and Distilling Center. Initially dreaming of owning a building and enlisting investors, he instead chose a slow, steady debt-free path and taught one term (there are two each year) in the conference room at Fanatic Brewing in 2017.

Before the second term, he leased a portion of his current space and began teaching in the building located between Central Filling Station and Elkmont. He continued to grow the business organically and, as classes grew, he needed more space. He had also been using local brewing facilities for the hands-on portion of the training and needed his own brewing set up on-site.

He began planning the expansion last fall, and in January, he took over a much larger portion of the building, tripling his square footage to just under 3,000 square feet. He was able to add a modern classroom, a student lounge and, importantly, brewing equipment. Aided by former students Jason Chastain (plumbing – and also planning to open his own brewery) and Austin Peters (electrical), he got the new space ready in just one month for the beginning of this term.

The classroom space itself tripled, allowing for distancing during the new session and he was able to invest in a 1 barrel, 3 vessel brewing system with three one-barrel fermenters. He says it gives the students more consistent access to the equipment through the semester.

Instruction has adapted to the demands of the pandemic, as well as the fact that a number of would-be brewers and distillers would have a hard time coming to Knoxville for 13 consecutive weeks for their 154 contact hours. He started a hybrid system in winter of 2020, offering distance learning and it took off in the fall of 2020.

Of his sixteen-member class last fall, about half were in-person and half were distance learners. The current session is split roughly 40% online and 60% in person. He says the typical hybrid student lives three or more hours away from Knoxville. The distance learners must travel to Knoxville for a week of intensive training. They have four brew days in person, as well as additional instruction just for that group.

He said there are few other programs like this one in the country, mentioning one in Vermont and another in Chicago. While there are some two and four-year colleges offering degrees, he feels strongly this is a trade and should be taught as such. Students are strongly encouraged to work as volunteers with local brewers during their instruction and for some this leads to job offers.

The school is an authorized education facility by the Tennessee Higher Education Commission, which allows students to get aid if they need it. About 50% of the students have been veterans who have been able to use aid through the government, such as the 911 Education Benefits. He is particularly pleased when he can help veterans transition from the military to a good job in the brewing or distilling industry.

The pandemic did not really slow the operation of the school. Dr. White said Zoom was already a part of the culture. A year ago, students left the classroom for home for most of the winter session but were able to return in May to finish it. He upgraded to a Promethian Board and he added broadcast equipment. Now that people are accustomed to working from home, it has become part of the routine. He is currently developing a true online class for students who choose that option.

The program is already proving useful for workers who have been displaced by the pandemic. He mentioned a couple who lost jobs of sixteen years who joined classes at the center. Far from feeling like a year lost, the pandemic pushed the center forward into exciting and promising new directions.