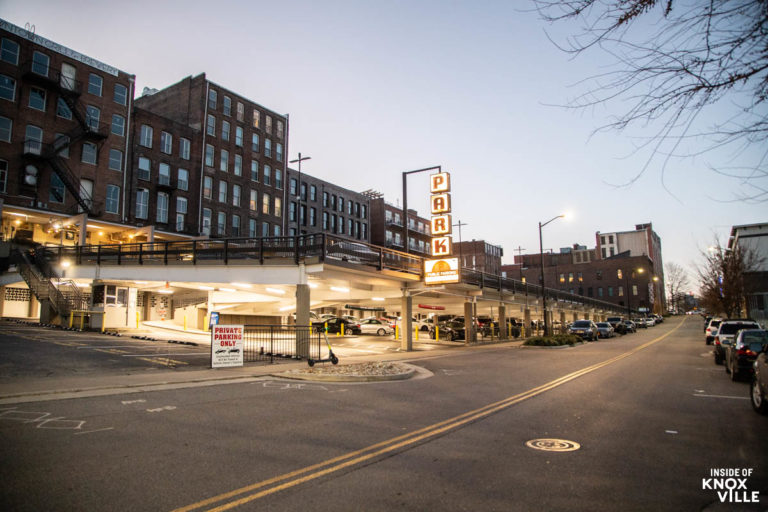 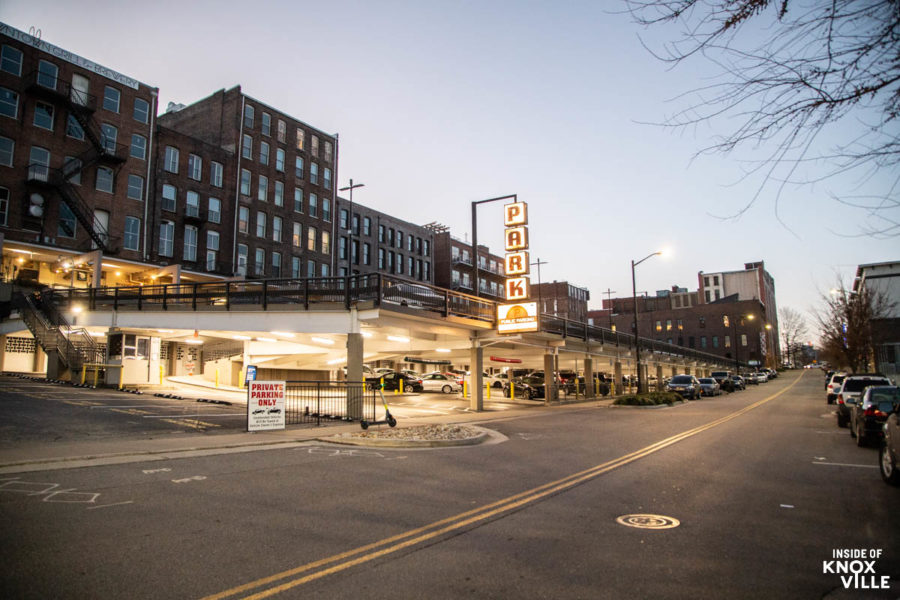 The Prominade Garage, located on State Street behind Mast General Store, Downtown Grill and Brewery and other retail locations on the 400 block of Gay Street, has changed management companies and will no longer offer free night and weekend parking. The garage, owned by KUB, has changed operational companies from PBA to Premier Parking, and has announced the changes, effective Monday, February 1.

KUB has decided the garage will now charge $5 for up to two hours or $7 for 3 hours to 24 hours. The clock re-sets at that point and charges begin again. Starting in April, commuters will also be allowed to subscribe at a cost of $75 per month, though the availability of these permits will be limited.

I spoke to Evan Pryor, Regional Vice President for Premier Parking, who said the garage will operate off a license plate recognition system. I park in the garage and he explained this system is how the garage knows when I arrive and when I leave (I’ve been getting texts each time.). Customers will have the option of paying with cash or credit cards each time they park in the garage. A box will be located on the first level and on one of the upper levels adjacent to the steps between the two. 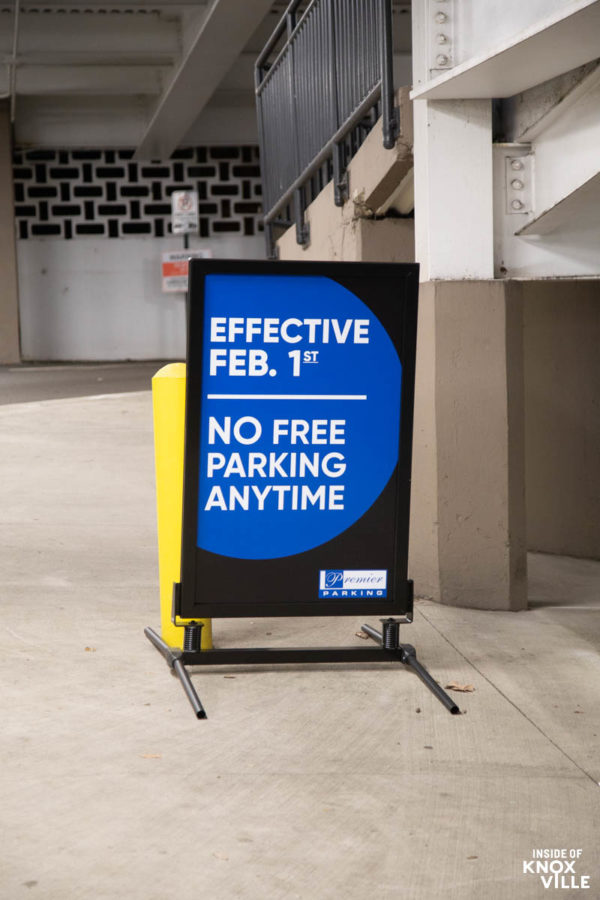 The company encourages use of a system Evan describes as “frictionless.” Users set up an account with Metropolis online (signs will have the URL and a QR code to take you there. The account retains your card information and users simply come and go as they choose, with fees charged to the card. The same system will soon be in use in Premier lots and garages in all locations. A trip to Nashville, for example, with parking in a Premier lot will not require use of credit card or cash. Simply drive in and drive out.

The garage will, of course, be monitored, and those who do not pay will be given citations or towed. Some merchants may participate in a validation program. In that case, scanning a QR code inside the business will send notice to the site not to charge.

I spoke with Eric Vreeland, Deputy Director of Communications for the city of Knoxville, who said all city-owned garages remain free nights and weekends, including the nearby State Street Garage, as well as the Market Square Garage, the two most popular downtown parking spots.