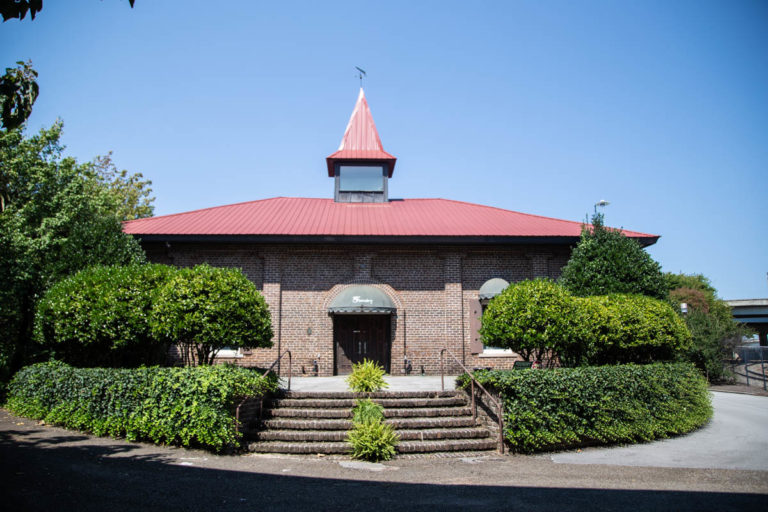 I met recently with Marianne Greene, owner of The Foundry, and daughters Sharon and Rachel to learn about a major undertaking at the event space housed in one of the older buildings in the downtown area. Like other business owners I’ve written about recently, the family is making a statement about their optimism about the future by investing in the business even in the middle of a difficult time.

The building has a rich history dating back to its construction in 1865. The foundry manufactured square-head nails and railroad spikes. The Knoxville Iron Company grew there and stayed until 1930 when the foundry was sold to the L&N Railroad. It eventually became a warehouse and  a 1979 fire could have spelled the end of its run, but a $400,000 renovation prepared it to be a hub of the World’s Fair as the Strohaus.

After the fair ended, the Strohaus struggled and closed. Ella Gurus briefly opened there and left. In 1992, Marianne Green purchased the building and has operated it as an event venue since. She also purchased the Southern Railway Freight Depot in 2014, but sold it last year to Dewhirst Properties. During that transaction, David Dewhirst and Mark Heinz encouraged her to consider reclaiming the Foundry’s history as part of a renovation.

Marianne and her daughters enlisted Joy Lauderdale of Lauderdale Design Group to help them with the redesign. They’ve devoted $200,000 to the initial phase of the project involving the South Hall. While a pandemic might seem like an odd time to invest, it’s also the perfect time. Business is down 75%, which isn’t good news, but if there is ever going to be a time that the building is available for renovation, this is it. Once the pandemic eases or ends, a very different space will be ready for the public. 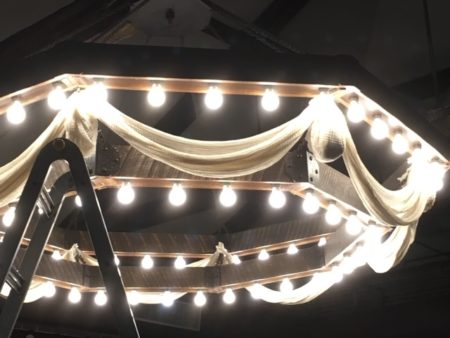 While the Strohaus-era renovations, including the massive chandelier in the  front entrance (now the South Hall) were well done in their own right and for their era, the time had come for a fresher look. The beautiful building features amazing vertical spaces with massive trusses that were just waiting to be featured elements. In many ways, the original building was hidden in plain sight. It will now be allowed to shine.

The large chandelier is now gone (and perhaps available to a good home, if you are interested) and it will be replaced by eight custom antique brass chandeliers in the front room, highlighting the trusses. In addition to the industrial feel in which the building is rooted, basic repairs and needed structural improvements will be made to the 155-year-old building.

The dark wood paneling of the Strohaus era is being removed in favor of the beautiful original brick. Restrooms are being renovated and improved. On whole, the building will be more functional, as well as attractive. You’ll see some lighter colors, both interior and exterior. They will be re-introducing more iron elements into the building, echoing its beginnings. They hope to work with Preston Farabow at Aespyre Metals for some of the touches.

There will be new windows and doors and more light throughout, highlighting the original features of the building. You’ll also find new tile work as you enter, brightening the venue, and echoing the tile work found in a number of historic downtown buildings.

The changes will continue as the renovations will be staged to do similar work throughout the venue. While it might be easy to maintain a holding pattern until the global and local situation is better, the family is banking on better times and planning for a brighter future. And we can look forward to a more beautiful and authentic building for our future events.

You can book an event at the venue via their website.