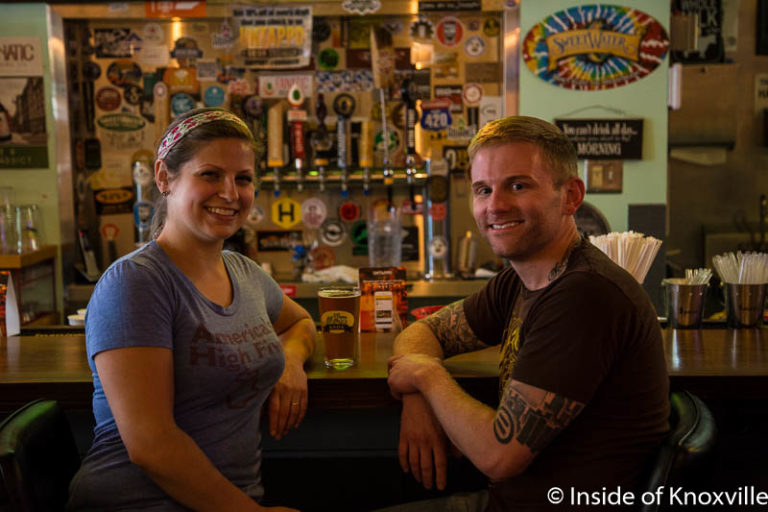 It’s hard to believe it’s been more than a year ago I first introduced you to Hannah and Mike McConnell. That was in March and just over a month later they held their grand opening. The two started the store with some great baked goods, beer and a belief in what they were doing. All of that still remains but, as would be expected, Sugar Mama’s has grown and the owners have learned from experience and, given that, have made significant changes along the way.

Anticipating beer sales would, like most restaurants and bars, make a larger percentage of their sales, they soon realized in their particular business it was more about the food. It might have been expected given the stellar reputation they had established as a bakery even before opening the brick and mortar store. They quickly realized they needed an expanded menu. That menu has continued to evolve to the point that it little resembles the original.

You’ll always find excellent baked goods at Sugar Mama’s, but now you’ll also find a breakfast and brunch menu, which is available all day (as long as it lasts). They expanded the lunch and dinner menu and you’ll find a menu of made from scratch pizzas, which wasn’t a part of the original concept. The other items range from the familiar (chicken salad) to the more exotic, like the “Pressed Smoked Duck Sandwich,” described as, “six inches of French bread with smoked duck, Havarti, cherry preserves, caramelized onions and argula . . .” That’s not your average sandwich. They’ve stuck to their roots – they intend to have the best baked goods available anywhere – but they’ve shifted in the words of co-owner Mike McConnell from, “a more diner style to more of a full restaurant.” They’ve done so while maintaining a commitment to vegetarian and vegan options. In other words, what started out as a bakery is still a bakery, but with much, much more. It’s not a cake and cookie shop.

Mike says of the experience, “You can plan, but you have to adapt. We weren’t business people.” He says growth has been strong since they implemented a full menu. He pointed out that Big Ears this year was one of their busiest stretches.

But while the food was the original driver and has gotten stronger with the expanded menu, the biggest change may be in their approach to beer. They “joined KABA (Knoxville Area Brewers Association) and became KABA’s official all-local tap wall and craft beer bakery.” All of the drafts you’ll find on tap at Sugar Mama’s are from KABA member breweries, and, “we typically have over 50 different regional, national, and international beers in bottles/cans.”

They offer growlers and packed beer to go, including some from local breweries which do not have tap rooms. In other words, if you want to sample, or have out-of-town guests who want to sample local brews, this is a one-stop sampling spot. And they can take their favorite home in a growler. They also offer flights for exploring the range of beers. And they aren’t finished with their beer ambitions. Mike tells me that while they have ten to eleven breweries on now, they “plan to expand our number of taps this year to accommodate the growing number of breweries.” They are also using the local brews in their baking and other dishes, such as with their, “Last Days of Autumn Beer Cheese, Hexagon Dunkel Pretzels and Pretzel Dogs.”

They’ve continued their monthly segment with WBIR and future episodes will focus on cooking with local breweries. They also have monthly (first Wednesdays) celebrations of local breweries with a “meet the brewer event, featuring tap takeovers and special Untappd badges promoting that specific brewery.” For the others, like myself, who don’t know it: Untappd is an app in which users can earn badges locally or across the country from local breweries. They also carry,” exclusive KABA beers, such as Gypsy Circus Sword Dancer and our upcoming Red Ale from Cold Fusion brewing.” I was in the store when the first World’s Fair Beer was delivered.

The restaurant has also offered a wide range of music and comedy (they recently had their one-year anniversary comedy show) as well as community activities. They have the games you might expect, such as trivia, but it’s often with a twist – Trivia, for example is hosted by the Tennessee Valley Coalition for the Homeless. Often Bingo, comedy and other events are presented in support of local non-profit organizations.

And now a year has passed. Seems like a perfect occasion for a party. And that’s what they are going to throw. This Saturday they are hosting the Sugar Mama’s One Year Anniversary Bash featuring all kinds of fun starting at 9:00 AM and running through 11:00 PM. Drop in and you’ll find a breakfast/brunch beer pairing in coordination with Hexagon Brewing Company. You’ll also have a chance to win hourly door prizes all day and to enjoy happy-hour prices on all local brews. Music will run most of the day as well, including artists such as Rossdafareye, Jimmy and the Jawbones, Zack Miles and Josh Smith of Handsome and the Humbles.

It sounds like a lot of fun. Take this opportunity to enjoy a party, great baked goods, food and beer while supporting a great local business run by good people. What’s not to love?