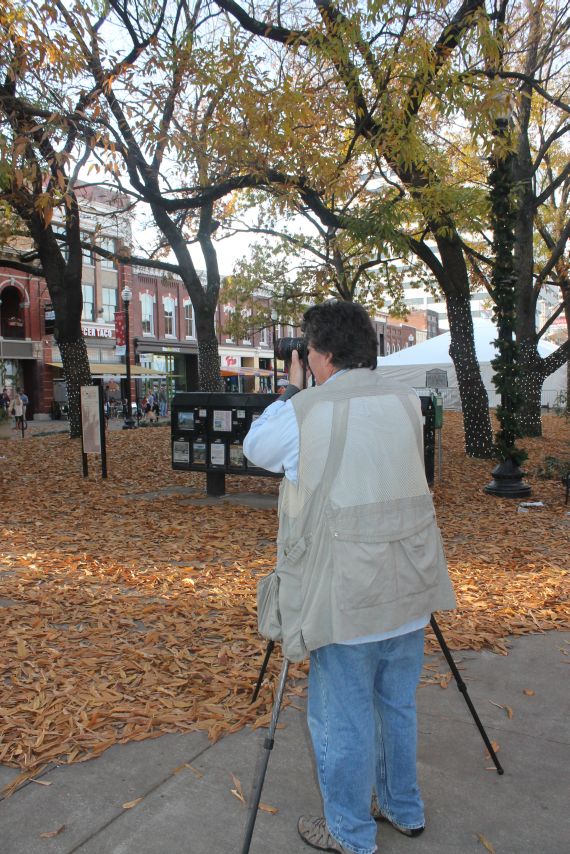 I arrived home from work Friday shaking off my work week and getting back into city mode, only to find a groundswell of rumors that Southern Living Magazine had a photographer out and about on the street. Urban Woman and a neighbor had spotted him in Just Ripe. I found it interesting and encouraging that the venerable magazine would spotlight our city.

Saturday morning I ran into Gary, the photographer in question, both in Nothing Too Fancy and in The Tree and Vine. I gathered at that point that the focus would be more narrow than the full city: that downtown Knoxville would hog the press. Given my focus, I’m good with that. I noted that he’d hit a good weekend with the weather being so unseasonably spectacular (though I only half-heartedly enjoy it as I worry about the why of the warm snap).

It wasn’t until Sunday that I finally really talked to Gary. It was then I learned that the focus would be even more specific than downtown Knoxville. The focus, as it turns out, is Union Avenue. At that, it is only the stretch from the Daylight Building to Gay Street. I can’t help but wonder, and I don’t think I asked Gary, though I doubt he would’ve known, why such a specific choice? How did this one street in our little city catch the attention of Southern Living?

It’s a great street which I’ve repeatedly highlighted and it’s the street I walk more than any other. The changes along those few blocks have been spectacular over the last couple of years and have really improved the city at large with the addition of several stores that offered missing pieces to the center city. Still, it’s a bit of a surprise to see this kind of focus from a national magazine.

How much focus? Gary spent three days here and told me he would shoot between 4,000 and 5,000 photographs before leaving. I can’t imagine taking that many photographs in three days of one street. He told me somewhat wryly, “It will be interesting to see which four they chose for the article.” Ouch. To be fair, he did take some shots of the skyline as well as the Tennessee Theatre marquis, fudging around the corners of his assignment. He also told me, “Of course, there are great sights around every corner down here.”

He returned to his home in Birmingham last night after finishing his assignment. If you saw a photographer running about town, it was probably him. If you missed him, you can look for his photographs in Southern Living in the next few months. I guess we’ll all have to hold our breath to see which four make the cut.