We got Veterans, We got Everything and Everybody

A fluke in my work schedule allowed me to be downtown for the recent Veterans Day Parade. It was quite the event. I’m estimating it lasted an hour and a half. That included a delay while the large American flag hoisted across Gay Street apparently had a slight malfunction which shut everything down for about ten minutes. 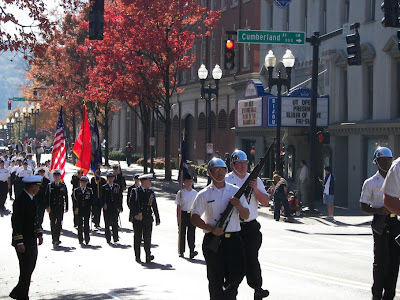 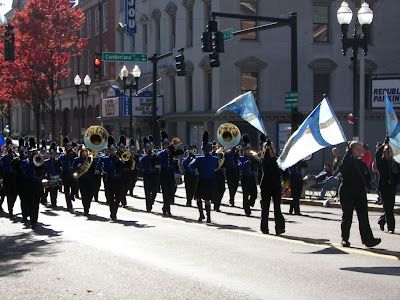 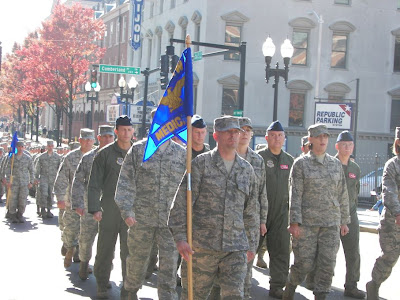 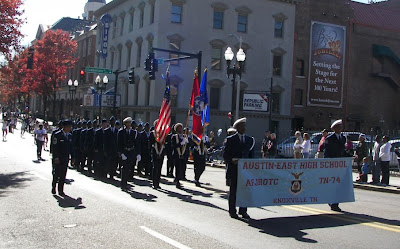 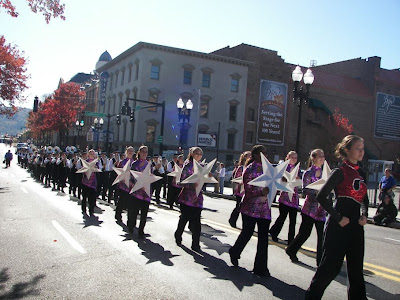 It appeared that nearly every high school band and many of the ROTC programs were represented. Of course we had veterans from every branch of the service, current and the older warriors. The young soldiers-in-training were present: Boy Scouts, Girl Scouts, Cub Scouts and Brownies and American Heritage Girls (more Christian-focused version of the Girl Scouts). 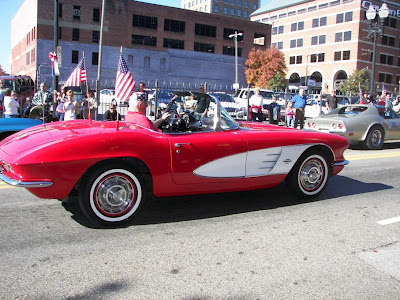 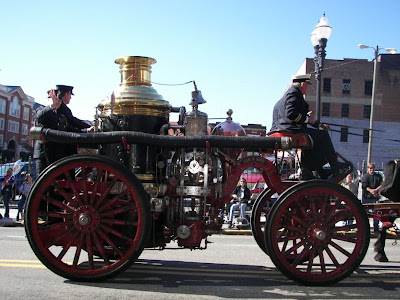 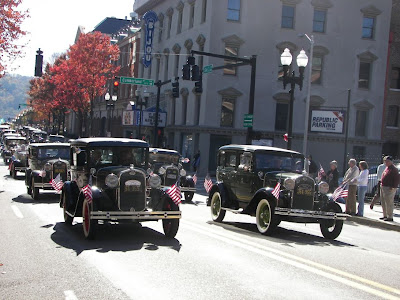 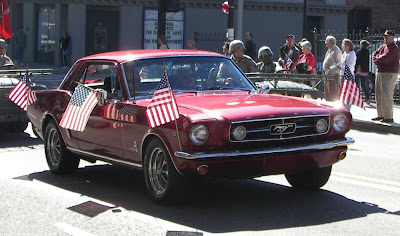 Vets arrived in big numbers – Corvettes, that is, as well as Mustangs, Model A’s and T’s, motorcycles, antique fire trucks, jalopies along with many military vehicles. Seeing some of the armament on Gay Street made me think of the Nazi march and the police in their riot gear with machine guns poised.

Lighter moments also found their way into the mix as you can see in some of the pictures. No one asked me, but I would think that 45 minutes worth of the above might be enough. I’m not sure EVERY high school band needed to be in there and I wonder if each of the auto clubs might not send a representative vehicle. I think there were around 40 Corvettes.
﻿﻿

﻿﻿Some of it just didn’t make sense to me – like the jalopy with the skeleton hanging out the window. I also wondered why the rebel flags adorning at least one motorcycle would be acceptable. I mean, we are honoring US veterans and the rebel flag symbolizes, among other things, an undermining of the union that led to many deaths and a treasonous separation from the country whose veterans we are celebrating. Maybe there is another side to that argument, but it seemed misplaced to me. Another suggestion would be to provide labels on some of the vehicles identifying the dignitaries. Finally, I would suggest that the very large plane that flew disturbingly close to the buildings might not be appropriate after 9/11 and after I nearly soiled myself as it unexpectedly flew over. ﻿﻿

Still, large numbers of people came out to celebrate and honor these men and women who give themselves for our sake and it was a good day.