Sun is Setting in a Western Sky (Sundown in the City: The Music)

The much anticipated Dirty Guvnah’s/Blues Traveler concert finally arrived last Thursday night. For those of you who may not be so familiar with Knoxville, Sundown in the City is an amazing series of free concerts presented each spring on Market Square in downtown Knoxville. The event features a mixture of local, regional and national artists and attracts anywhere from 5,000 to 10,000 concert goers. It is promoted by AC Entertainment and the city of Knoxville, along with various other sponsors. AC Entertainment is local to Knoxville, but has gone nationwide. Ashley Capps started with Ella Guru’s and now promotes many large venues and artists as well as Bonnaroo. 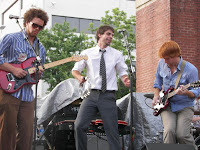 They’ve been voted “Best Local Band” three consecutive years in the Metropulse. Metropulse voters have nailed this one. The Dirty Guv’nahs are amazing. This was the seventh time I’ve seen them, and they just get better and better. Through steady touring and, I’ll say it though I loved them before, the addition of Cosmo on guitar, they have become a stunningly tight band. Their music falls in the same sonic orbit as the Rolling Stones and the Black Crowes, but with a little southern soul increasingly thrown in for good measure. They’ve released two CDs, but their next may be the break out. It was recorded at Levon Helm Studios in Woodstock, NY and will be released officially this summer. They had copies for sale that night and it is great! This summer they will also tour with the Zack Brown Band, so big things are happening. They wowed and amazed the crowd of at least ten thousand people with their southern blend of raunchy rock n’ roll and bourbon smooth ballads. 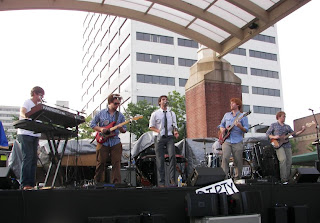 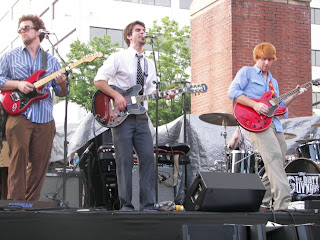 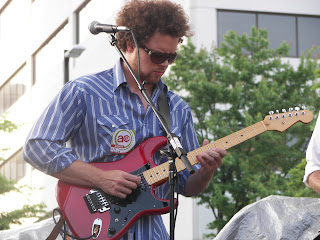 Go see them. Buy their music.

Say you knew them when! 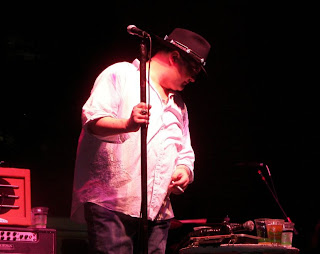 Blues Traveler was clearly the main attraction for many people and they were very good. The veterans took the stage by storm, launching into one of their patented jams. John Popper, of course, is the complete focal point of the group with his singing, harmonica and powerful stage presence. They worked hard for an hour and a half and delivered the goods. That said, I was not as enraptured as I had expected. I saw them in Nashville several years ago and Popper had just lost his weight and seemed extremely inspired and glad to be alive in the wake of the death of a band member and his renewed commitment to better living. That commitment seems to have waned, as he has obviously added a good bit of the weight back, was smoking with his back to the crowd much of the night and his consumption of approximately fiftyleven glasses of something that, I suppose, could have been water, but I don’t think so. I also remembered that my itunes holds a good bit of Blues Traveler, but that on their releases I generally love about half of the songs and don’t need to hear the other half. The show leaned on the later half, which may have been great for everyone else, but for me wasn’t so much. So, for me, I’d suggest you stick with a greatest hits package, though I feel like a half-way fan for saying so.

I love them when they are at their most melodic. The staccato bursts and the non-stop jamming leaves my interest lagging after a bit. Still, they were good. 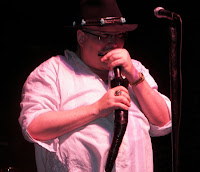 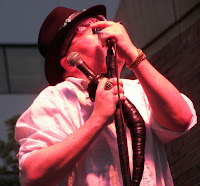 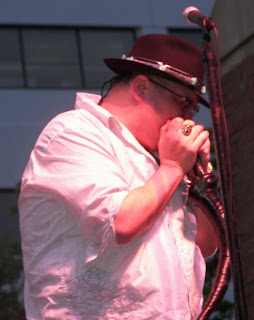 For free, how can you complain? Of course, people have found a way and that will be the subject of my next post.