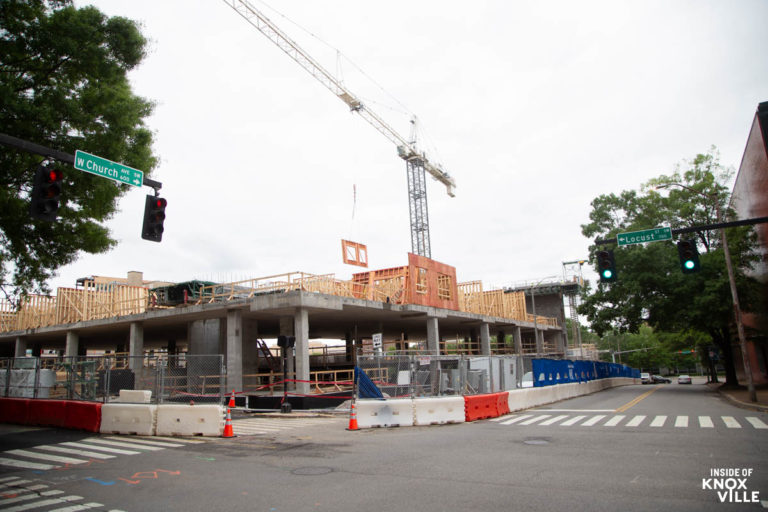 It’s hard to know what to call the plot of land bounded by Willow and Jackson Avenues and Patton and Florida Streets. Do I call it the Lay’s Meatpacking site? It is no longer that, and as the pictures show, there is no longer a building to mark the spot. Do I simply list the streets which surround it? Is it the future home of Knoxville’s minor league baseball team and (perhaps) semi-pro soccer team? Probably, but that still feels slightly premature. Maybe it is a field of dreams. Or maybe just a large demolition site.

Every hurdle presented to the idea of moving the Knoxville Smokies to a new stadium on the site has been passed as it has arrived. Clearly, this is one issue that by-and-large the city and county governments agree on. The legislature did its part. A sports commission has been formed.

The argument persists that a semi-pro baseball stadium funded by local government is a likely financial loser does not seem to be gaining any traction. The objection that there is no formal community benefits agreement is being countered by Boyd with an informal promise to benefit east Knoxville. From a recent press release:

As the demolition makes clear, the future is coming one way or another. While all signs point to a baseball stadium going forward with little real resistance, Boyd has made clear that he owns the land and if the city doesn’t want it to build a baseball stadium, he will find another use for it and it will eventually be developed.

The Supreme Court site continues to progress rapidly. I reached out to Rick Dover for an update, but didn’t hear back from him in time for this article. Should I hear from him early today, I’ll update the report. The last time I reported (August 2020) on the project, ground had been broken, but not much in the way of progress was visible. At that time, late 2021 was the target for completion.

I hear from Mr. Dover and he confirmed that occupancy for the tower is on target for late this year. The new construction will likely be ready for occupancy in May of 2022 and will be fully complete soon thereafter. He said they were fortunate to have contracted for their lumber and steel for both this site and the rooftop expansion at the Hyatt Place prior to the current surges in price for each of those products.

He added that they are working on a concept for the small parking lot at the southwest corner of the property, to have it serve as a micro-mobility site for residents and the public. The spot is on the KAT line and Dover is looking to add bike rentals, electric bikes, charging stations for bikes and cars and a car share program.

Clearly, the project has moved rapidly in the last eight months, with the parking garage levels completed and the first residential floor under construction in the ground-up portion of the project. Less obvious from the outside, major work has been completed in the courthouse and tower portions of the project, as well.

All parts were anticipated to be completed at about the same time. Included here are photographs over a two week period and the change is obvious even in that short time frame.

Finally, I’ve included a shot of the span across what will become the new Broadway viaduct. With a long way yet to go, it is encouraging to see the old viaduct gone and the span covered, once more. The viaduct has been closed since November 2019 and, with the pandemic taking my attention, I have to admit I didn’t realize that much time had passed.

You can read more about the project here and get updates here. The site lists an estimated completion date of August 31, 2022 which, if it holds, would mean we are over half-way through the project. Project updates are posted there every month or two, with the latest coming just two days ago: