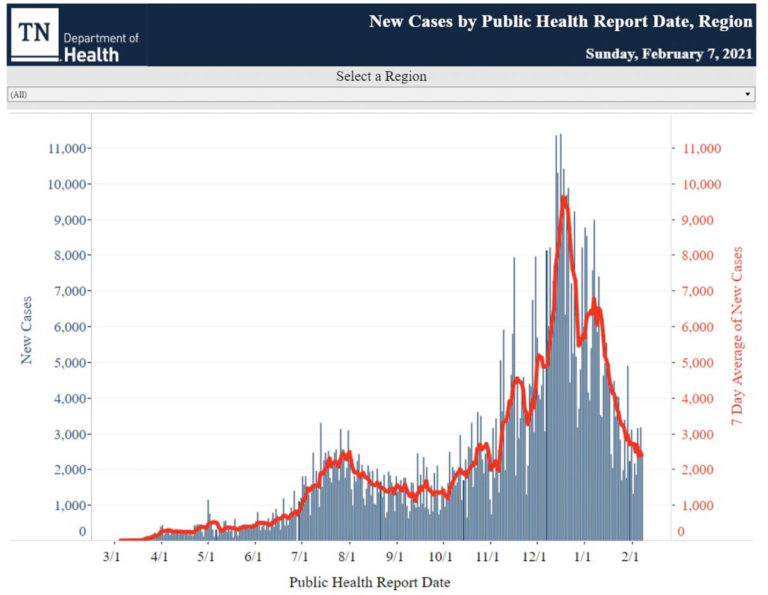 Welcome to Valentine’s week. It’s a good week to spread the love, expressing appreciation to those you love. The last eleven months have certainly shown how precious our time is with those we love. Maybe it’s a good week to reach out to an old friend, a disconnected person, or a member of one of the 475,000 families who have lost a loved one over the last year. Many of us could use a kind moment.

On a lighter note, I heard there was a football game this past weekend, which was rendered weird in every direction with the pandemic. I watched Saturday Night Live for a couple of related skits that satisfied my involvement quotient. The SNL Super Bowl Party is so spot on for many conversations I have had with friends, acquaintances, and FB contacts: “We’re being very careful. We haven’t done anything risky at all! I mean, we did . . . and there was just that one time that we  . . . and of course we . . .” The skit is funny and spot-on. If you want to skip all the numbers and move directly to a laugh (sad one, though), you will find it at the end.

Almost 106.7 million people have been diagnosed with COVID-19, including about 3.1 million over the last week. The pace of new international cases has declined each week recently, with this week’s total running about 700,000 fewer than the week before. New cases are averaging about 446.8 thousand each day, down from 528.6 thousand per day just a week earlier.

About 78.4 million people are considered recovered, while just over 25.8 million people currently have an active case of the virus. The number of active cases dropped about 300,000 from the same day last week. Active cases peaked during the past week and show evidence of leveling off for the first time since the beginning of the pandemic.

Over 2.3 million people have died of the virus, including about 86,700 over the last week. The drop of about 10,400 deaths from the total of the previous week is indicative of the international decline in deaths which began about 10 days earlier. The average number of deaths is now 12,388 per day, down from 13,870 a week earlier.

Iran, the worst hit country in its region, is starting its vaccination program this week and it also announced a second vaccine produced in the country would begin trials this week. The Oxford-AstraZeneca vaccine has been shown to be only minimally effective against the South African strain of COVID-19 and, as a result, South Africa has halted its roll-out of the vaccine. As a result of the new information Spain, among other countries, is limiting the use of the vaccine to those between 18 and 55.

Many of the hardest hit countries are just now receiving their first vaccinations, including Peru, which is receiving a shipment of 300,000 doses of the Chinese Sinopharm vaccine. Peru has a population of 32.5 million people.

The United States has reported just over 27.6 million cases of COVID-19, up about 800,000 over last week, but with the pace continuing to decline. Almost 17.4 million people are considered recovered, while just under 9.8 million people have an active case of the virus, down about 100,000 from the previous week. About 475,000 Americans have died of the virus, including over 21,100 in the last seven days, which is slightly less than the roughly 22,000 reported the week before.

Yesterday, 89,691 new cases were reported, along with 1,340 deaths. Compared to the same day a week earlier, cases dropped by about 18,000, while deaths declined by over 500. Both numbers are now showing steady and significant decline. The average number of cases over the last seven days is now 116,256, or about 34,700 fewer cases per day than we were averaging a week ago. The current average is at its lowest since November 8.

Deaths have now followed the trend in cases, with serious declines in death rates. The U.S. is now averaging 3,020 deaths per day, down 235 per day since the same day a week earlier. Average deaths are now lower than they have been in over a month (2,833, January 7).

The U.S. continues to lead the world in total cases (27.6 million to India’s 10.8 million) and total deaths (474.9 thousand to Brazil’s 231.6) and continues to expand those leads. The U.S. has dropped to third worst in the world in cases per capita among countries with at least 1,000,000 in population, behind Czechia and Slovenia.

While, as noted above, the U.S.  has had more vaccination success than many countries, it certainly feels as if it could have been better managed. The New York Times took a good look at what has gone wrong and the fact that we know very little . The CDC reports it has lost track of 20,000,000 vaccines sent to the states during the previous administration. Deloitte, the company awarded a $44 billion no-bid contract to handle the management software has produced a product so bad many states have stopped using it. It goes on from there.

An increasing question, as more Americans get the vaccine, and particularly some of our parents and grandparents is what behaviors, formerly deemed unwise might now be safe? Here’s a look at visiting Mom. And another looking at hugging grandchildren. The bottom line is there is conflicting advice ranging from do nothing different until we have herd immunity and little spread, to slightly relax your restrictions.

Complications include that the vaccines are not 100% effective, and vaccinated people may be fine, but may spread the disease to others. Gathering with a group, all of whom have been vaccinated seems to be fine, but ceasing to wear a mask in public will have to wait. Here’s a pretty conservative look at what you should or should not do after a vaccination.

Here’s the latest on the stimulus bill.

705,492 Tennesseans have inactive cases, while 28,639 have an active case of the virus. After precipitous declines, this number appears to be stabilizing, or at least pausing its descent, having risen slightly over the last three days. It is, however, down about 6,000 from the same day last week.

A very low number of people were hospitalized in the state yesterday, with 14 COVID-positive hospitalizations reported. The pandemic total has reached 17,656. The rapidly dropping hospital census resulting from the virus continues, with 1,310 currently hospitalized, a drop of about 250 from the same day a week earlier. 392 COVID-positive Tennesseans are currently in ICUs and 207 are currently on ventilators. Each number is about half or below its peak, recorded about a month ago.

Deaths reported by the state in the three days since the last article have ranged from the highest to one of the lowest. On Friday, the state reported a new record 203 deaths, followed by 58 on Saturday and 6 on Sunday. Six is the lowest single-day number reported for the state since five were reported on Christmas day. With the high and low numbers so closely grouped, the average was erratic, but settled at 117 per day, four higher than the same day last week, which was a record at that time.

Testing was steady over the weekend, with each day falling from the upper 20,000 to the low 30,000 range. Positive test results also continue to fall, with the state reporting an impressive 7.67% positive rate yesterday, while Johns Hopkins University puts the seven-day average for the state at 10.9%. The positive test rate is at as good an average as it has seen since early November.

Through yesterday, the state reported a total of 833,808 vaccines have been given, including only 340 the previous day, but a steadily improving 176,441 for the week. 260,085 Tennesseans have gotten both doses of the vaccine, up about 74,000 from a week earlier. At the increased rate, every Tennessean could be vaccinated in the next 509 days, or by July 2, 2022.

Remember: This is based on the entire population of the state and 1) Children are not currently planned for vaccination, 2) Not all adults will choose to be vaccinated, and 3) Not everyone has to be vaccinated for the virus to be more-or-less defeated.

In the three days since the last report, Knox County has reported 109 new cases on Saturday, 119 new cases on Sunday, and 188 new cases today. The totals are very close to the same as last weekend (91, 108, 213), indicating, perhaps that we may have stabilized at the current levels.

County COVID-19 case totals have reached 38,179 confirmed cases and 6,120 probable cases. Of these, 44,489 cases are inactive, while 2,310 Knox County residents currently have a confirmed active case. The active case number also appears to be stabilizing, as it is roughly the same as that reported five days earlier.

Hospitalizations, on the other hand, continue to drop rapidly through today, with 58 COVID-positive Knox County residents currently reported hospitalized. The total for the pandemic is now 1,171 hospitalized at some point during the pandemic. The last time so few were hospitalized was October 15.

Deaths reported in the three days since the last article include one on Saturday, two on Sunday and one today, for a total of four. Last weekend, that total was twelve, so it would appear the significant drop in deaths anticipated after the decline in cases and hospitalizations may have arrived. Of those who died over the last three days, two were between the ages of 65 and 74 and two were age 75 or older. Sadly, the county has reached a milestone with 500 deaths from COVID-19.

The most recent vaccination numbers reported by the county (2/6) have not been updated since the last report but are due to be revised tomorrow. The most recent numbers: 49,034 total vaccinations have been given. Just shy of 35,000 county residents have received one shot, while over 14,000 others have received both shots in the sequence. About a quarter of the vaccines have been provided by the Knox County Health Department and 7.41% of county residents have had at least one shot.

The state is reporting a 12.2% positive test rate for Knox County, a 3.3% drop in just the last week.

Metrics took a turn for the worse, with teacher attendance slipping to yellow, while custodial service dropped to red. The current list for virtual-only instruction now contains two schools:

262 students and staff are in quarantine or isolation, a number that has dropped slightly in recent days. Included in that number are 45 staff members, 103 residential students, and 114 non-residential students. No additional clusters were reported.

The most recent week reported (January 25), 196 students were test and 35 tested positive. Note that these tests are not completely random, as a larger percentage of these students are referred as a result of the University’s pooled saliva testing program.