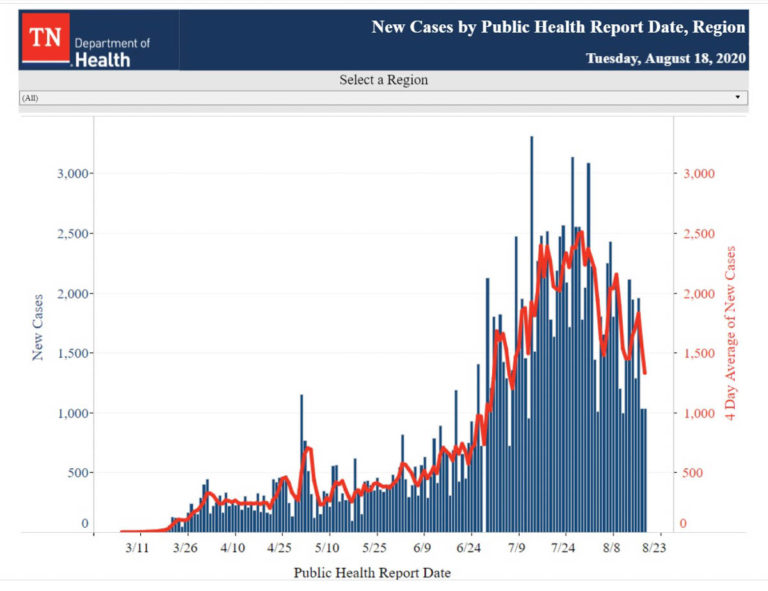 I’ve recently realized that many social media conversations closely parallel those with my resident 5-year-old. It goes something like this:

Me: Respond to His Unrelated Response

What has happened to our capacity to carry on a lucid, honest and logical conversation? Maybe I’ll switch to Tik Tok.

Case numbers have trended downward for several days, but remain in the range they reached in late July, staying in the 250,000 to 260,000 range each day. The current seven-day moving average is 257,259, down about 1,800 from yesterday, but about the same as 10 days ago.

Deaths for yesterday came in about 100 fewer than the same day a week ago, prompting the seven day average to decline slightly, as it has for the last six days. The average number of daily deaths is now 5,705, roughly where it began the month. The majority of the deaths in the world yesterday were reported in three countries: Brazil (1,365), the U.S. (1,358) and India (1,089).

Iran’s death toll from COVID-19 has surpassed 20,000, the worst in the Middle East. Australia announced a vaccine, when available, would be mandatory, then backtracked. The government has stated it will provide vaccines free to every citizen. Germany is looking to extend its program allowing workers to be paid part time by employers with the government paying the remainder of their wages, in an effort to preserve jobs which might otherwise disappear permanently in face of the pandemic.

The number of confirmed daily cases continues to decline in the U.S. Yesterday’s number of new cases was about 10,500 lower than the same day a week earlier. The seven-day moving average dropped by about 1,800 overnight to 49,284, the first time it has been below 50,000 since July 3rd.

Deaths have continued to track within a very small range, staying roughly between 1,000 and 1,100 per day throughout the month of August. In evidence of better treatment and/or protective measures for the most vulnerable, the death rate was much higher in the first peak. While it increased in response to the second peak of cases, while cases far outstripped previous levels, deaths plateaued at about half the level seen earlier. The Institute for Health Metrics and Evaluation currently projects 295,000 U.S. deaths by December 1.

Michigan State and Notre Dame quickly followed the University of North Carolina in closing in-person instruction after outbreaks at the universities. Use of blood plasma as a treatment has divided the national medical community and is now on hold. While Governor DeSantis of Florida is resolute that schools will be open in person, many schools across the state are already struggling. Most south Florida systems are opening as virtual-only, despite admonitions from the governor.

The state of Tennessee has reported 135,778 cases of COVID-19 since the beginning of the pandemic and 1,426 deaths as a result of the illness. Just under 97,000 have recovered and over 37,000 remain ill. Yesterday the state reported an additional 1,034 new cases, nearly identical to the previous day’s total. 39 additional deaths were reported and an additional 100 people were hospitalized.

Active cases have declined by about 1,000 over the last week. Hospitalizations have remained relatively flat at just under or over 1,000 COVID-19 positive patients across the state for the last month, and now sit at 1,024. ICU and ventilator numbers have also remained steady or declined over the period and currently sit at 330 and 163 respectively.

Testing continues to run below its previous levels, though it bumped back up to 23,114 yesterday. Positive test rates have also dropped, withh the state claiming about a 5.2% positive rate yesterday, compared with over 8% in recent days. Could we have turned a corner? It’s hard to say for certain, but it is possible.

Locally, the new case numbers also continue to drop. In total, Knox County has reported 5,528 cases and 52 deaths, with 239 Knox County residents hospitalized since the beginning of the pandemic. Today, the health department reported 45 new cases, 39 currently hospitalized and one additional death.

There are concerns locally, of course, not the least of which is the return of UT students. There are currently 75 active cases among UT students and staff. A cluster related to an off campus party was identified, involving five of the positive students. Nearly 270 are in isolation. The university is stating it will consider expulsions for students not following guidelines (like hosting parties) and for students not cooperating with contact tracing (which has apparently already been a problem).