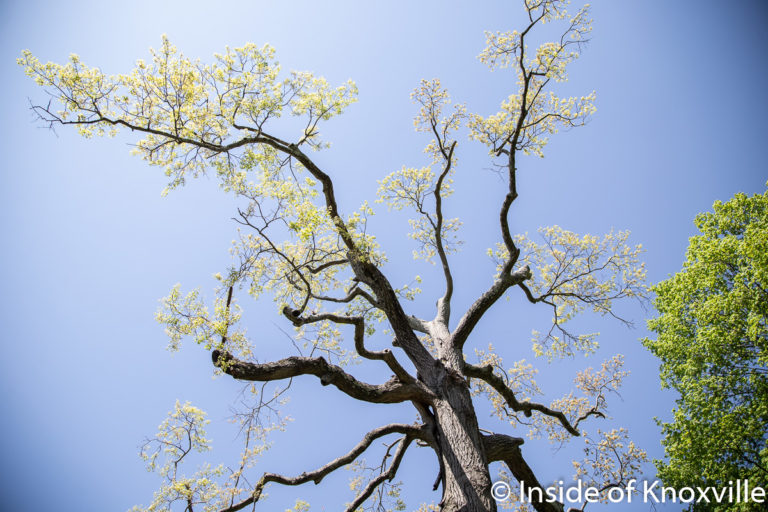 I hope you are all holding up well. As businesses are encouraged to re-open in Knox County, many of you are facing tough decisions regarding opening your businesses, returning to work and establishing protocols that make it all work. It’s a tough time for so many. Take care of yourself as much as possible. You don’t have to be a hero.

The rate of increase across the world as a whole seems to be slowing. As seen in many of the countries which were hard hit, the new cases and deaths don’t abruptly stop, but rather slowly decline. New cases across European countries, for example, are now in the thousands each day, rather than the tens-of-thousands. Deaths in each country are now in the hundreds each day, rather than the thousands. Hopefully the U.S. will soon follow with numbers reduced to that level.

The current number of cases reported globally at mid-day is 3,089,811 in confirmed cases and 212,890 deaths. These numbers reflect 24 hour increases of 75,975 (2.5%) cases and 4,990 (2.4%) deaths. For comparison, the increases a week ago today were 3% and 3.3%. The raw numbers have declined only slightly, but they have remained relatively steady, yielding smaller percentages as the total number rises.

Countries in Europe, such as Denmark and The Netherlands are beginning to open up their economies. Across Europe, as across the United States, there are very different plans in place. Countries of concern continue to include Russia, Brazil, Peru, Saudi Arabia and others, though the rates in those countries may be easing, as well. Debates will now rage about the reasons for the abatement and the effectiveness or lack thereof and the necessities of the measures used to combat the virus.

Phase one, for example, says schools should remain closed, yet President Trump stated yesterday to governors,

It’s unlikely that most states will open schools this academic year. Still, it’s one more layer of confusion that the White House issues guidelines and the president encourages alternative approaches. Some governors have pushed far ahead of the president.

Clearly, the level of testing that some professionals have stated must be met for a safe re-opening is not in place. The President has said variously that anyone who wants testing can get it, that testing may not be that important everywhere, that testing is the state’s responsibility and that states are not utilizing the resources they have to do testing. Yesterday he said, “Testing will not be a problem,” as he announced new plans to increase production.

The struggle going forward is knowing why we’ve gotten that increase and what we might do to preserve it. Medical professionals seem to feel strongly that the measures we’ve taken have resulted in the slowing. If so, what happens as we ease restrictions? Others will say it ran its course and the warmer weather is now in play reducing increases.

The primary model used to project deaths from the first wave of the virus in the U.S., after dropping its projected numbers from the first projections most of us heard (100,000 to 240,000 deaths), has since modified its projections to reflect changes in interventions and new information regarding mortality rates (which are still very shaky). They first lowered their projected number of deaths from 100,000 to 60,000. They have subsequently raised it to 67,000, then to 74,000 based on the earlier than anticipated openings.

Beginning May 1st, many businesses across the state are now officially allowed to reopen, but with restrictions. The openings include such places as churches which are required to adhere to strict standards regarding separation, avoid communion, wear masks and avoid singing (this one is encouraged only). Some businesses are re-opening immediately, while others are choosing not to do so, feeling it is too early.

Across the state, the COVID-19 news isn’t as encouraging as it is nationally. One correctional facility in Bledsoe County is reporting that nearly 600 inmates have now tested positive. This has earned the county the designation as the second highest per capita rate of infection in the country. Closer to home, 54 residents at an Athens nursing home have tested positive. All this comes as Tennessee reported its largest one-day increase of the pandemic on Sunday.

Today’s state numbers reveal totals of 9,918 cases and 184 deaths. This reflects twenty-four hour increases of 251 (2.6%) in cases and 3 (1.7%) in new deaths. Relative to a week ago, the numbers are very similar, with a slightly higher case rate and a slightly lower death rate. There is nothing in Tennessee’s total numbers which reflects the kind of data indicated by the White House guidelines as a point at which to consider re-opening. Perhaps the guidelines are too narrow or demanding, but that we do not meet them is a factual statement.

In Knox County, we’re reporting 221 cases and five deaths. This reflects a 3.3% overnight increase in cases and one additional death after a number of days without any fatalities in the county. This number of cases is compared to an increase of three cases reported a week ago today. There are currently 21 known active cases with three of those persons currently hospitalized.

Dr. Buchanan chaired the briefing today. She began by acknowledging the loss children in the community have experienced. She immediately focused on the fact that our current reopening is not a return to pre-COVID-19 normal. While acknowledging there are many questions, she said the plan cannot possibly anticipate every situation or question relative to specific businesses. She said businesses must use the guidelines to apply to their specific situation.

She acknowledged the numbers above for Knox County. She also clarified that case numbers might stay the same or may reduce. She said yesterday, for example, the number stayed the same. This came as we had four new cases, but lost four to other counties as residence becomes better known.