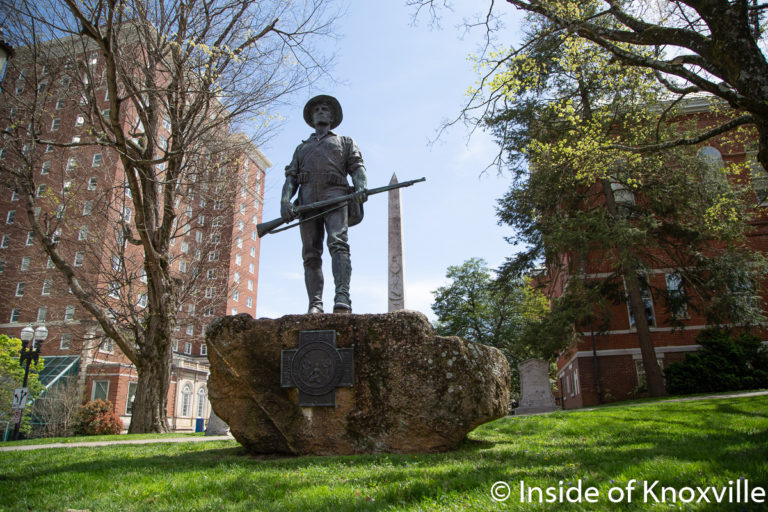 It’s the weekend. It’s beautiful outside. Bob Dylan released a new song at midnight last night. Most of us have food and shelter. And music. There are quiet reasons to be thankful. And to help those who do not have those things. Be safe and some time in the future we’ll be able to enjoy good food and drink, art and music and glorious East Tennessee spring days together.

As of mid-day today there are 2,215,105 reported cases of COVID-19 world-wide. There are 149,045 acknowledged deaths. These numbers represent a 4.5% overnight increase in cases and a 5% overnight increase in deaths. By these numbers, new cases remained steady and deaths decreased in pace compared to yesterday. As I mentioned yesterday when reporting U.S. deaths, the numbers are illusive to a degree. A number of deaths have likely been due to the virus and have not been counted and now countries are examining those deaths and adding the numbers to the case counts and deaths if warranted.

France seems to be having a powerful second wave of the illness with more new cases added yesterday than anywhere else in the world except for the U.S. Where ten days ago it seemed France was beginning to improve, their numbers have been erratic since, rocketing from encouraging to horrifying. They are moving toward looking more like their neighbors in Spain and France than was the case in early readings. They reported over 17,000 new cases yesterday.

Otherwise, the UK continues to struggle in Europe, as do countries around the world, such as India, but particularly Russia, Brazil and Peru where daily case counts are increasing by 10% or more. This may reflect increases in testing, but that would indicate the virus has been loose in the population, but not detected. Each of these countries has abysmal test rates. The most horrifying is in India (for understandable reasons) where only 220 tests per million in population have been performed. It seems safe to say we’ll never know the true infection and death rate in that country, as well as many others.

All this comes as countries are discussing ways of opening up their economies. It’s hard to fathom International travel being acceptable until there is a vaccine. On the consumer side of that, as a person who loves to travel and had intended to see Italy for the first time just last spring, I can’t picture feeling comfortable getting on an international flight for a long time.

The realities and responses in the U.S. continue to be a mix of divergent economic and health news. The infection rate and death rate are remaining stubbornly high even as states begin announcing dates they will open the economy. There is growing rage on the right at the restrictions being imposed, with protests in Michigan, for example. People in areas that have been more lightly hit are becoming less patient with the restrictions. My home state of Alabama seems to be seriously considering opening beaches starting May 1, with social distancing restrictions and then lifting those May 15.

The number of infections reported mid-day for the U.S. is 681,078 and the number of deaths reported is 35,371. These numbers represent overnight increases of about 4.2% in cases and about 5.8% in deaths. Yesterday there were 29,567 new cases reported and 2,174 deaths. The U.S. remains number one in the world for total documented cases and deaths. Per Capita, among nations with larger populations than Knox County, we have the 7th worst infection rate in the world, the 4th worst death rate in the world and the 25th in per capita testing.

Regional groups of states have now banded to attempt a wider approach than the state-by-state approach we’ve seen so far. At this point there is a northeastern group, a west coast group and a mid-western group of states working in coordination. We’re seeing the same thing at the state level as urban areas band together to coordinate a response.

A theme from the outset of the pandemic has been whether the federal government should play a larger role in response and decision-making or whether states should retain more control. Conservatives and progressives seem to have each played a different side of this argument, depending on the specific topic. While politics have defined much of the discussion, many of the differences have been on point of emphasis regarding this difficult combination of health and economic disaster.

The number of cases currently reported by the state of Tennessee is 6,262 with 141 deaths. These numbers reflect a twenty-four hour increase of 3% in cases and 4.4% in deaths. Tennessee continues to have a modest, if steady increase. It’s appealing to look at these numbers, pronounce the illness under control and to reduce some of the constraints. The fear is that we will have a second wave similar to what France may be experiencing now and we will have to wait out a much longer period of closures and isolation if that happens.

The major cities in the state, Chattanooga, Knoxville, Nashville and Memphis, have announced plans to work together. The cities, in conjunction with both city and county mayors, have developed a task force to determine the path forward. Thus far, Governor Lee has allowed cities to chart their own course, even if different from his recommendations.

It will be interesting to see if that continues, as the state in recent years has shown a strong inclination to limit the urban areas’ decision-making. The urban areas represent a very large percentage of the state’s economy, so the issue could become contentious.

The other significant update for the state is that the governor now says COVID-19 testing will be free and available to anyone as the state begins to open up its economy in the coming days. The veracity of that statement might be questioned and tested at the state level as it has been at the national level. Testing capacity locally has definitely increased.

Locally, there are now 189 cases and four deaths across the county. This represents an increase of only three new cases and no deaths over the last 24 hours in Knox County. This came after a bit of a surge yesterday. There are currently 41 known active cases in the county. This shows the spread is slow in our county and will likely increase pressure to relax some of the restrictions. How that proceeds may determine whether the threat increases. At this time, Knox County appears to have avoided the worst case scenarios previously predicted, thanks to the concerted efforts of everyone involved.

Charity Menefee once more took to the podium for today’s briefing. She expressed gratitude to everyone finding creative ways to stay connected, noting that the city had placed wifi hot spots in senior center parking lots. She also expressed gratitude to the staff which will allow the health department to expand testing starting Monday.

Beginning Monday (and going through Friday), remote testing will be in place at the Knox County Engineering and Public Works Building from 8 a.m. to 3 p.m. It will be drive-through and the Health Department will offer transportation if needed. They expect large crowds and asked for patience, especially initially. She suggested waiting until at least five days after you have had contact with an infected person, as it makes the tests more accurate.

There is now an interactive map provided by KGIS showing testing sites. She confirmed the above numbers.