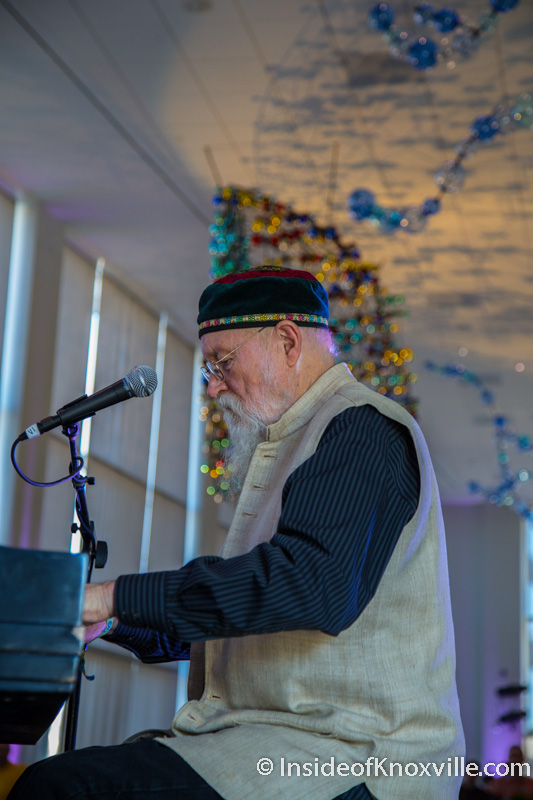 It’s a seems like a long time until the 2020 Big Ears Festival returns to the streets of downtown Knoxville. At just over five months, however, it’s not too early to mark March 26-29 on your calendar. Last year’s 10th anniversary festival sold out, and there is every reason to believe this year will be the same.

Fans of the festival will recognize some repeat performers from Meredith Monk and the Kronos Quartet, to one of my favorites Jason Moran, and from the Necks to Terry Riley. As with all the previous festivals, there’s no way to put a tag on the kind of music you’ll hear. It’s enough to know that some of the music will change how you hear music, some will sound familiar, and some will challenge your definition of music.

With over 100 concerts, literary and art events, as well as film, it brings the world to the city like no other event. The New York Times called it, ““a music festival with a rare vision,” and that is true. It’s also notable for the good press it brings the city. Culturally, there is nothing else remotely close to the degree to which Big Ears draws the attention of the world to our city.

Big Ears also draws attention to the natural beauty of our area and to the historic buildings we are so blessed to have retained. From the grandeur of the Tennessee Theater and the beauty of the Bijou, to dive bars and industrial spaces, and back to majestic spaces such as inside the Knoxville Museum of Art and some of our most beautiful churches, it showcases our history and our story, all in a walkable, easy to navigate area.

NPR music said it this way:

Contained within a walkable radius of historic downtown Knoxville— in a range of ornate landmark theaters, refurbished industrial spaces, art galleries, churches, and clubs— it creates its own atmospheric climate, along with a center of gravity. From its first iteration in 2009, the festival has been a locus of expedition, defined more by a go-anywhere ethos than by any style or genre allegiance.

For those of us who are into more mainstream music, there are always familiar names at the festival. However making assumptions about the music they will play based on the pop or rock records that made them household names is risky. John Paul Jones, legendary bassist for Led Zeppelin, for example will make an appearance as part of a duo with Anssi Karttunen under the name, “Sons of Chipotle.” The video included here features the two, along with Magnus Lindberg playing music decidedly un-Led Zeppelinish.

Another grouping will include Kim Gordon of Sonic Youth, Steve Gunn of Kurt Vile’s backing band The Violators, along with Bill Nace and John Truscinski performing “Sound for Andy Warhol’s Kiss.” An excerpt is included here.

The festival often gives musicians a chance to try something different, to stretch their own boundaries, or expose audiences to something they feel is important. Jason Moran’s previous Big Ears appearance shined a light on Fats Waller. This year his appearance at the festival will focus on the music of James Reese Europe (born in Mobile, Alabama, my hometown) and his Harlem Hellfighters.

There are too many highlights to cover them all. You’ll find a list of artists at the end of this article who are included in the initial announcement. More will be named as the festival gets closer. Initial ticket sales begin tomorrow at noon. You can get tickets and more information here.

If you want a taste of the kinds of music you might hear at a Big Ears Festival, come to the OneBeat show tonight at the Bijou, featuring 25 musicians from 17 countries. The show is free, but you can hold a ticket here with a small donation ($10 suggested).