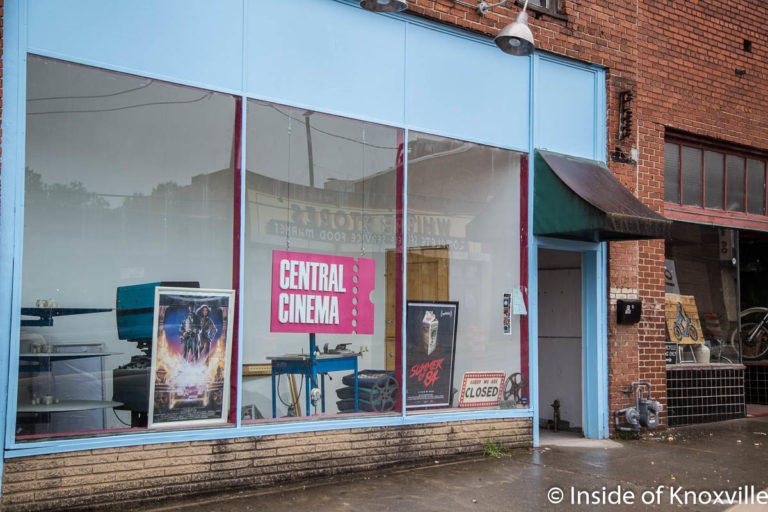 I shared a bit of a chuckle with William Mahaffey, one of three founders, along with Logan Myers and Nick Huinker, of Central Cinema. We were talking about the projected opening date of Central Cinema in the article I wrote in early July – 2017. The plans then called for a January 2018 opening – December if all went well. As always, business openings take longer and cost more than anticipated.

Other than missing their hoped-for deadline, pretty much everything else has gone as planned – or better. Their Go Fund Me campaign which stood at about $11,000 a year ago, ultimately raised over $30,000. The group was given theater seating from the Grail Cinema in Asheville.

They offered supporters the opportunity to personalize a seat arm and have their name placed with the art for a $150 donation. They sold the rights to the arms on each of the roughly 100 seats in the theater. The donation also included a membership which usually costs $89. Those continue to be available and come with special discounts on concessions, private screenings and more.

“If we didn’t have so much support, we could not have gotten off the ground,” Mahaffey said. He pointed out the support of Dan Moriarty who has been a patient landlord and Jack Stiles of Raven Records and Rarities who has lent his expertise as a person who has experience in the field, found movie posters for the films they’ll be showing and who also purchased the 35 MM camera you’ll see as you enter.

They hope to eventually be able to use that to project their films (they have an overhead, mounted  projector for that, now. Mahaffey said they’ve also gotten support from IFC who is helping them with special showings of independent films.

They’ve got the planned lounge where they’ll serve beer – local when they can. The hope is that people come to a movie and mix and mingle before and after to enjoy a beer and talk about the movie. They expect a customer base built around cinephiles and local film makers.

Initially, the group plans to have the cinema open Friday through Sunday, with matinees Saturday and Sunday and late showings on Friday and Saturday. They plan to offer Saturday morning cereal along with cartoons as a prelude to the Saturday matinee, the first of which will be Raiders of the Lost Ark. A Late Show (10:30 start time) on Friday night will feature quirkier films like the first in that series, “Wild at Heart,” a David Lynch film to be shown August 10. 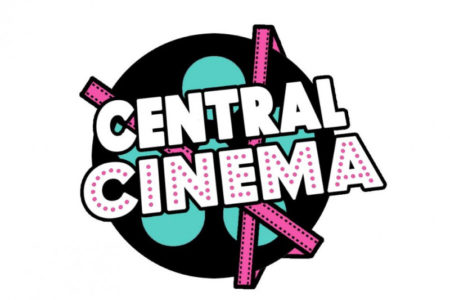 Soon, they’ll begin to offer movies other nights of the week and they hope to have series those nights, such as a planned series of silent movies curated by Kelly Robinson (also of Raven Records and Rarities). TAMIS has been involved and both Bradley Reeves (former director) and Eric Dawson have been helpful. Advertising prior to movies will be available and the theatre itself may be rented by local groups. The group is also able to shoot advertisements for those who need that service.

Fundraisers are also planned with appropriate movie offerings. Picture a night focused on a pet adoption agency with a dog-related movie. They also plan to highlight directors in series of films and to highlight groups that are sometimes overlooked in movies. Plans are already underway for Pride Month next year and for the Horror Fest in October which will be celebrating its tenth anniversary.

You’ll see changes in coming months, as plans are underway for a facade improvement for the whole building. William is hoping this will resolve their current problem with the front door. They had to recess the entry to accommodate codes which require the front door to open out, but don’t allow it to open out onto the sidewalk. The dream would be to have a ticket booth on the front of the space as it had in its incarnation as the Joy Theatre.

As it stands, expect it all to get off the ground August 10 – 12 with showings of Raiders of the Lost Ark, Wild at Heart and Willy Wonka and the Chocolate Factory. Follow them on Facebook and check out the website for showtimes and announcements of future films and events.