What’s a Realistic Hope for Downtown Retail in 2018? 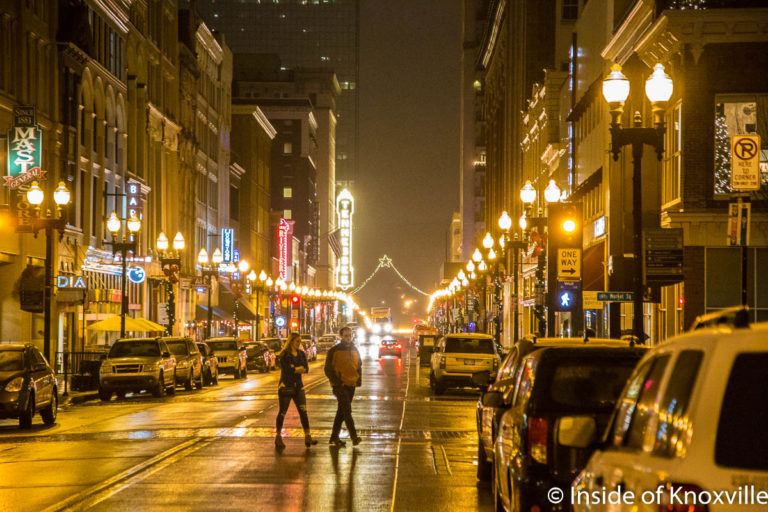 I’ve lived downtown for nearly nine years. Before that, I came downtown for various reasons from the time I moved to Knoxville in 1982. Retail has been a major part of conversations for all of those years. The decline was still in force in 1982 and hopes were the World’s Fair would help jump start it. Watson’s was still open and we frequented that. It was not an encouraging era.

Meanwhile, uptown there were a few retail businesses that came and went. A bookstore on Market Square. Reruns started and was open at various locations until a couple of years ago. But mostly, until well after 2000, the trend continued: people, businesses, momentum were things found in suburbs, not in cities and certainly not in downtown Knoxville.

That’s all changed, now, of course, and we enjoy an era of renewed interest, generally, in cities across the country and, specifically, downtown Knoxville. We have ever-increasing numbers of downtown residents and many openings, construction and general development. Amidst it all are more calls from residents and would-be residents, for more retail. Sometimes when I write articles about the opening of a new restaurant or bar, readers express disappointment that the announcement isn’t about new retail.

We do have more retail downtown than at any time in most of our memories – the exception being those who remember the Knoxville of the 1960s and before. So far, it trends toward local, boutique shops with a little national and regional retail thrown in. That trend could continue or shift, who knows what will happen next?

And what is realistic in 2018? We aren’t operating in a vacuum. We aren’t the only city that lost its core retail and residential center, so what’s happening nationally may be indicative of what we might expect. Sure, we’d love a hardware store, cell phone store, grocery store, more clothing stores and more, but can we realistically hope for that?

Some businesses operate on small profit margins (grocery stores) and need large numbers of sales to add up to enough profit to continue. Other stores require large numbers of customers because individuals only occasionally need their products (hardware). Do we have enough population downtown to sustain those things?

The national trends are instructive. While the 1960s and 1970s were about brick and mortar retail on the move – from cities to suburbs, from small stores to malls, in our case from downtown to west Knoxville, the early part of this century has been about the emergence of online shopping and e-commerce. A number of articles discuss the issue, but this one in the Atlantic last April took a broad look: What in the World is Causing the Retail Meltdown of 2017?

Pointing out that brick-and-mortar retail has been in trouble for sometime, the article notes that 2017 up to that point had been particularly brutal, with the following examples:

J.C. Penney, RadioShack, Macy’s, and Sears have each announced more than 100 store closures. Sports Authority has liquidated, and Payless has filed for bankruptcy. Last week, several apparel companies’ stocks hit new multi-year lows, including Lululemon, Urban Outfitters, and American Eagle, and Ralph Lauren announced that it is closing its flagship Polo store on Fifth Avenue, one of several brands to abandon that iconic thoroughfare.

In an era of economic downturn – such as the Great Recession of 2007, this might be expected. But in an era of relative growth, what is going on? We could all name the first answer the article offers: Online sales have surged. From 2010 to 2017 Amazon’s North American sales grew from $16 billion to $80 billion. Sear’s annual sales are $22 billion, so the article points out that in six years, Amazon grew by about three Sears in six years.

While Amazon carries the banner for online sales, it’s not just them. Very little is left that can’t be bought online, from clothes, to furniture and food. Apps have made shopping from mobile phones easier than ever and it now represents 20% of online purchases.

The article also offers that we built too many malls, pointing out that in the U.S. we built malls twice as fast as the growth in population from 1970 to 2015. Further,

the U.S. has 40 percent more shopping space per capita than Canada, five times more the the U.K., and 10 times more than Germany. So it’s no surprise that the Great Recession provided such a devastating blow: Mall visits declined 50 percent between 2010 and 2013, according to the real-estate research firm Cushman and Wakefield, and they’ve kept falling every year since. The struggle of the major retailers or “anchor,” stores at malls inevitably became the struggles of the smaller retailers who fed off the customer base of the larger stores.

So, where is all the money going if not to retail? The article points out that the Great Recession seems to have been a turning point for many away from the acquisitional posture of post-World War U.S. consumers to a more experiential perspective. Succinctly put, we now seem to want experiences more than things. Experiences with others, whether dinner out or travel to another city, continue to attract significant and growing dollars. From the article, “In 2016, for the first time ever, Americans spent more money in restaurants and bars than at grocery stores.” At least for a moment in time it seems to be a cultural shift.

Looking at downtown Knoxville’s explosion in restaurants, bars and other experiential businesses like Maple Hall, the Basement Community Arts Center and Harrogut’s Lounge through that lens makes our recent development make more sense. And, while it’s easy to overlook amidst the numbers of new restaurants, we have made significant inroads into the return of retail to downtown. You might be surprised if you walk around downtown and count them.

So, does this mean retail is dead and we may as well forget about it? No. We continue to grow and expand retail, but we won’t likely resemble that earlier retail era any time soon, if ever. It also means, more so than ever, that if someone is making the effort and taking the risk to provide retail to downtown, it will only last if we support it. So, think about it after you read this article and move on to an online vendor.