Alive After Five, Kaziques and Dancing into the Night Latino Style

I recently enjoyed another round of Alive After Five at the Knoxville Museum of Art. Alive After Five actually starts at 6:00 and is easily confused with the former Live at Five on WBIR, which has now become “Live at Five at Four,” which makes absolutely no sense, but this has nothing to do with that. Got it? Me either, but several Fridays each Spring and Fall the Art Museum rocks, which isn’t something you necessarily expect of an art museum. 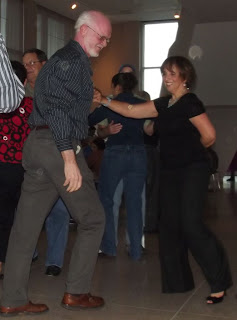 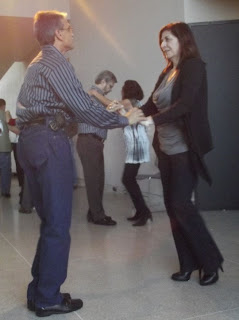 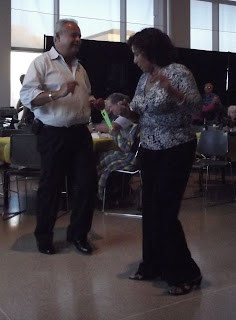 Friday before last the doors opened to Kaziques, a Nashville band with featuring “a dynamic Pan-Latin, Afro-Cuban mix of salsa, meringue, cumbia, bachata.” Got that? Neither do I, but the Latin rhythms filled the night and filled the dance floor. I recognized some faces from the Hola Festival, which is likely because volunteers from that event got into this event without charge. The dance floor was filled with denizens of Casa Hola moving to the Salsa and more. 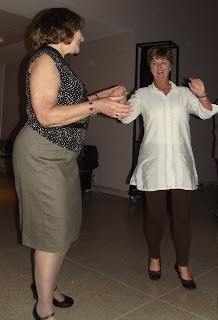 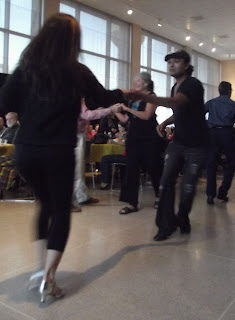 ﻿﻿﻿As is the case at each of these events, Michael Gill co-ordinated, hosted and emceed the gathering. The entire museum with all its public collections is open, a cash bar and food for sale (very inexpensively) from selected vendors are also offered. For ten dollars anyone may walk through the door. The cost is six dollars for students and free to members. It’s an incredibly cheap date and is usually packed, though there is room for you. The music rolls on this Friday night with Boys Night Out.

Late in the evening the band was joined by a young woman whose name evaded me, but I gathered she is working her way through law school (smart) while occasionally displaying her amazing vocal skills (talented). If life was fair she would at least be ugly. Life isn’t fair. 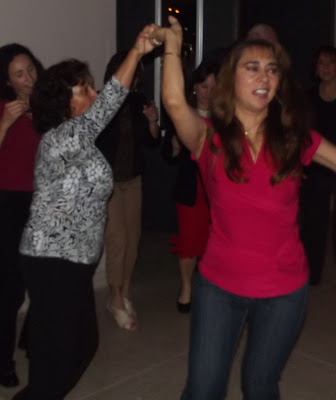 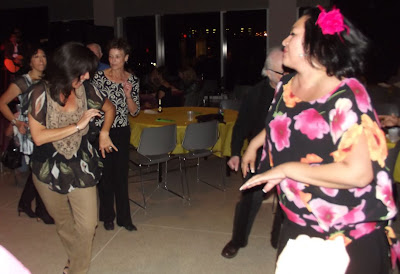 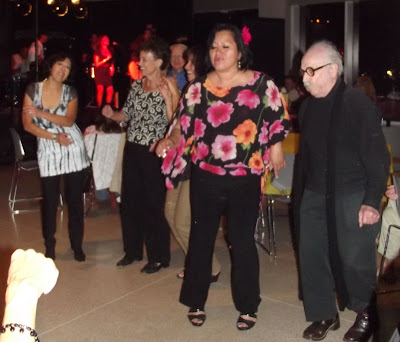 I hope you enjoyed these photographs of the beautiful dancers. Imagine yourself to be one of them next time around.