New Efforts to Combat Panhandling and Noise in the Center City 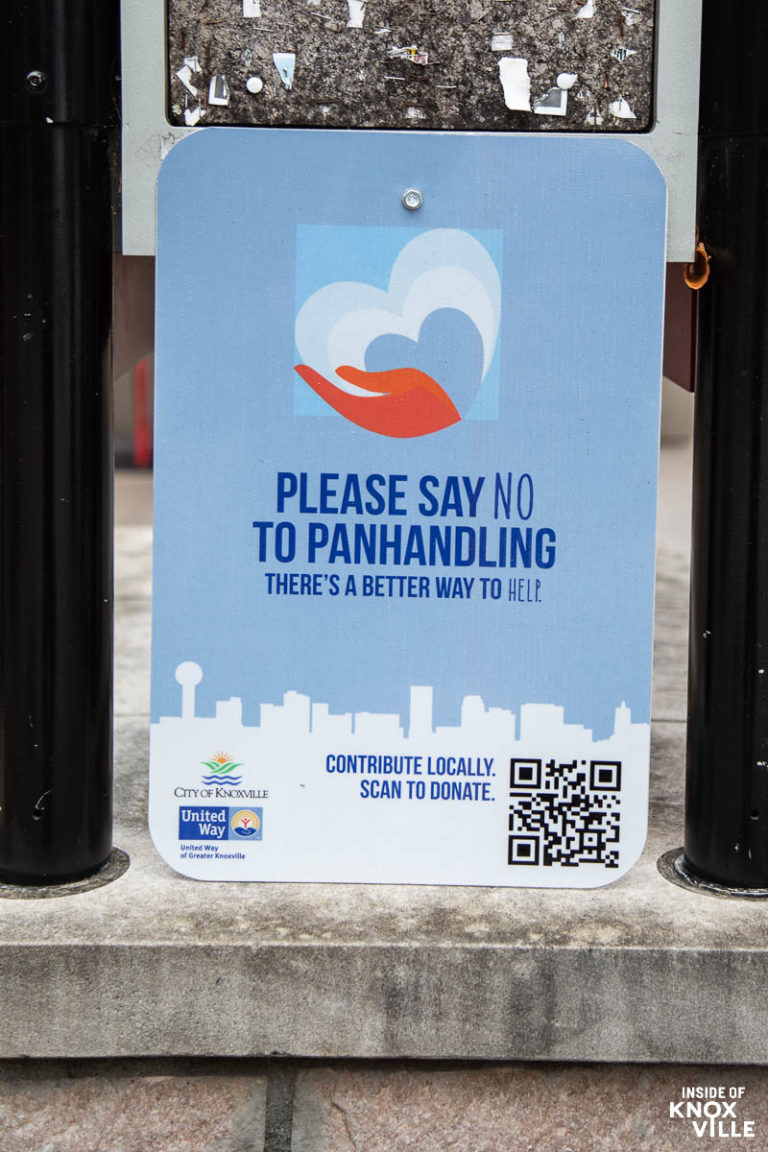 Living and visiting downtown brings a lot of pleasure. There are always great things happening, amazing food and arts, and friends waiting just around the next corner. There are also negatives and drawbacks. I try to balance my articles between the great things and the things that could be better. For those of us who live downtown, the negatives are clearly overwhelmed by the positives. But still, there are those things . . .

One of the items of concern is panhandling. It’s not so pleasant to take a short walk to run an errand downtown and be hit up by the same three people going and coming. Recently, “no,” or “not today” doesn’t seem to be a readily accepted answer. Sometimes the request for money becomes a demand. It’s concerning to consider that visitors to our city will return home with tales of being asked for and sometimes demanded for money as they walk down the street.

From the local professionals who deal with the homeless population, we learn some interesting facts about those doing the panhandling. First, most panhandlers are not homeless and most homeless people don’t panhandle. They are not the same groups. Second, that story, the one that seems so sincere and tugs at the heart, is almost certainly not true. The money is rarely going where they tell you. Third, it doesn’t help them. It only enables them to continue.

So what to do? We feel compassion and want to help people who need it. What then? Well, the city has placed signs on Market Square and in the garages asking people to please decline to give money directly to individuals on the street. Still want to give? There is an opportunity for that: Scan the QR code on the same sign and you’ll be taken to a donation site where you can give immediately to the United Way. The United Way supports those programs which will really put the money to use in ways that truly help.

The city is also looking at training codes enforcement officers to confront aggressive panhandling — which is illegal once it becomes a demand or harassment — to confront or fine abusers. The program isn’t yet underway, but we should see it in action sometime soon.

Please spread the word. Giving money on the street doesn’t help and is likely harmful. Please give money but give it where it can help people not to feel the need to ask for money from strangers.

A second downtown issue that has garnered complaints from downtown residents and business owners is noise. This usually comes in the form of motorcycles or cars that have been modified to make great backfiring noises or simply to rise to an ear-splitting level of noxiousness. It would also include music played so loudly from vehicles that it can be heard blocks away.

And make no mistake: The intention is to make noise and to be heard. It is sometimes alarming, such as when the backfiring sounds like gunshots — a sound most of us don’t want to hear when we aren’t expecting it. Sometimes it takes the form of riding through garages making as much noise as possible in order to gain the advantage of echo effect offered by the structures. It doesn’t make for the best sleep at 2:00 am.

So, the city has plans to join a pilot program designed to demonstrate the effectiveness of a new noise enforcement technology currently in use in the U.K. Trials are underway in several U.S. cities and Knoxville will soon join that number. The trial, using technology from 24 Acoustics/Intelligent Instrument is like the concept behind the red-light cameras previously deployed.

Signage will be placed downtown announcing the program and cameras will be placed in a range of locations. The cameras do not record sound unless it reaches a certain number of decibels. Once that threshold is met, the camera is activated, and visual and audio recordings are produced. Since noise over a certain level is illegal, the video produced could be used to identify violators and potentially issue warnings or fines.

While noise is part of living, working, and playing in any urban environment, unnecessary and provocative noise doesn’t have to be a part of every waking day — or every sleepless night.