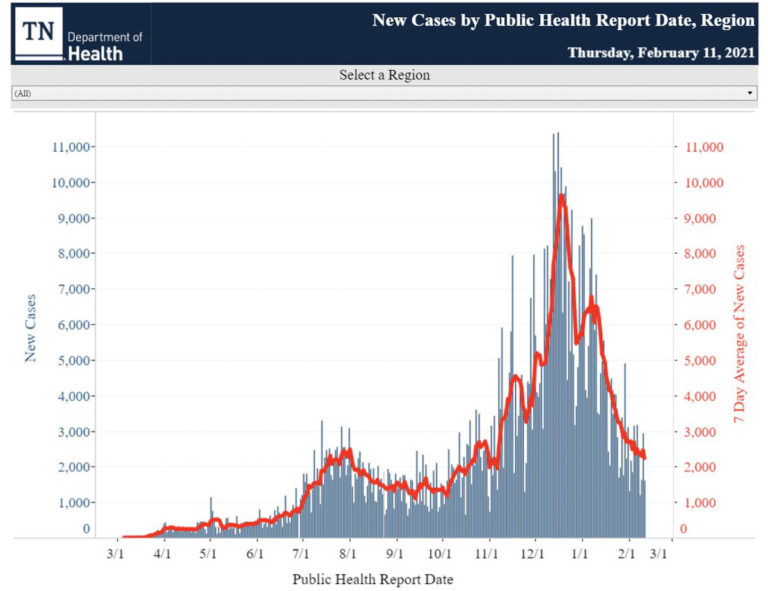 Happy Frigid Friday! Today might be tailor-made for couples to snuggle up a bit. Thanks to Urban Daughter’s planning, we will have a Valentines party at our house with special plates, games and, of course, lots of junk food. True to the times, we will miss her because she isn’t in our current pod. Of course, we’ll have our usual movie night with Urban Girl and Urban Boy, following up last Friday’s “National Treasure,” with its second installment.

I’ll avoid the junk food and hope to make it past this Mardi Gras Day at a slightly lower weight than a year ago. There have been lots of ups and downs during this pandemic, and my weight chart has enough ups and downs to induce seasickness. As the end approaches, let’s celebrate love this weekend and work toward a healthy re-entry to happier times!

The state reported an additional 1,624 new cases of COVID-19. That it did so with a reasonable amount of testing and a new recent low for positive test results is very encouraging news as we enter the weekend. The new cases bring state totals to 633,907 confirmed cases and 118,126 probable cases. 716,136 cases are considered inactive and 25,085 Tennesseans have an active case of the virus. The average for new cases has fallen to 2,237 per day. Active cases and average daily case numbers are similar to the first days of November.

While the number of deaths from COVI-19 remains high, with 81 deaths reported yesterday, a clear decline in the average is now visible. The eighty-one deaths bring the state total to 10,812. The average number of deaths over the last seven days is 87. The seven-day average peaked on February 5, at 135 deaths per day, and has fallen rapidly since. We have seen dips before, and this could be another in the long line, but given the decline in recent case, hospitalization and positive-test rates, this feels more likely to be a longer-term shift.

The number of tests reported yesterday was not spectacular, running about half of what we might have seen on any given day before Christmas, but it was solid relative to recent days. The state reported 24,051 tests for the day, bringing the total tests given by the state to well over 6.5 million. The positive test rate is what stands out, however. At 7.41%, it is as close to the goal of 5% as it has been in many, many months. Johns Hopkins University reports a seven-day average of 9.6% and dropping.

Through yesterday, the state reported a total of 940,403 vaccines have been given, including 8,751 the previous day, and 161,122 for the week. 296,727 Tennesseans have gotten both doses of the vaccine. 9.37% of state residents have gotten at least one vaccination. The pace seems to have leveled off for the last several days. According to the New York Times, Tennessee ranks 47th in the U.S. in distribution of first vaccines, but 12th in percentage of population given a second vaccine. At the current rate, every Tennessean could be vaccinated in the next 552 days, or by August 18, 2022.

The Knox County Health Department reported 102 newly confirmed cases of COVID-19 in the county, extending to ten the streak of numbers in the 100s. Total cases for the county now number 38,599 confirmed and 6,298 probable cases. 42,267 are considered inactive, while 2,112 county residents currently have confirmed active cases of the illness. After large drops, active case numbers have remained in the 2,100 to 2,300 range for nine days.

Area hospitals report 65 COVID-positive Knox County residents are currently hospitalized, bringing that total to 1,187 since the beginning of the pandemic. This number also seems to have, at least temporarily stabilized after a nearly 70% drop from its peak. The number hospitalized has ranged from 58 to 72 for the last seven days.

One additional death COVID-19 was reported today. The person who died was 75 years old or older. The state is reporting an 11.7% positive test rate for Knox County, trailing the state, but still a drastic improvement for the county.

I asked follow-up questions regarding the missing vaccines and was given the following answers as a response:

After the incident, a report emerged that the county will no longer get Pfizer vaccinations, but rather Modera. Inquiries about the shift prompted the Tennessee Department of Health to issue the following statement:

Knox County’s decision not to receive any additional Pfizer vaccine is not at all related to the incident resulting in lost vaccine doses. Our vaccination team reached out to partners including the Knox County Health Department to ask which product they’d prefer to use, and Knox County chose the Moderna vaccine. I want to make it clear that choice was not any sort of punitive action, and again, is not the result of what occurred with the missing Pfizer doses.

After taking a one-day turn to yellow, substitute availability has returned to red. All other metrics remain the same. One school remains on the virtual-only list:

For the second consecutive day, there is a small increase in active cases at the University of Tennessee. Now totaling 94 (79 students and 15 staff members), the number is generally in line with numbers for the past two weeks. 2,732 students and staff have recovered, while eight new cases were reported for the day.

The UT live update today was brief. Dr. Plowman thanked those who have participated in the pooled saliva testing and said that some restrictions will be lifted for specific dorms and Greek houses which have high levels of testing and low levels of positive test rates. UT is currently conducting a vaccination clinic which includes members of the public who are currently eligible. The University provided about 500 vaccines last week, 700 yesterday, and they hope to provide about 700 today.

The University of Tennessee is preparing for expanding the program as eligibility expands. Vaccines are available by appointment only.

Dr. Plowman discussed the two most recent clusters, at the Alpha Chi Omega and Zeta Tau Alpha sororities. She said both sororities were very cooperative, and the clusters were caused simply by close living conditions. The first involved 2 active cases and 18 contacts, while the second involved 1 positive case and 29 close contacts.

Average cases for the last seven days are just over 9 per day. Turnaround for testing is less than two days on campus.