Welcome to Big Ears: A Guide to Knoxville’s Changes Since Last You Visited! 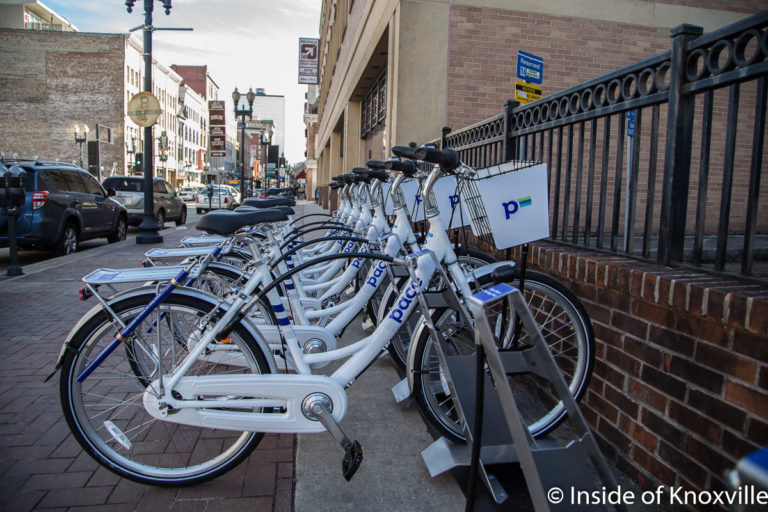 A year ago I welcomed our Big Ears guests back to an entirely different city, pointing out the amazing changes that had happened in our downtown area since the last time they’d visited. I was shocked at the changes and I only referenced what I’d written about. Sometimes looking at it all laid out in one spot, more effectively makes the larger point that we are a rapidly changing city.

Since it was helpful for all of us, I’ve decided to repeat what may become an annual column. So, welcome to visitors and regular readers alike, as we look at the business changes in the last twelve months in the downtown and near-downtown area.

You may already know some of the changes if you are visiting because you had to stay somewhere, and that place may have been one of the two downtown Knoxville hotels to open in the last year. The Tennessean, a luxury hotel located on the World’s Fair Park opened just after Big Ears last spring. Also opening this year is the latest incarnation of one of Knoxville’s historic hotels, the Hyatt Place at the Farragut.

If you ate at a downtown restaurant (or six) last year during the festival, you may find it missing, as several (Rita’s Ice, Holly’s Corner,Trio, Makers Donuts and Breadshed Cafe) closed since last year’s festival. While five closings might seem like a significant blow, the openings have more than kept pace and the quality of the openings continues to increase.

For a good meal, consider these openings from the last twelve months: The French Market was closed for their move last year, but the new location has proven to be a great boon to the business. Broadway Market and Elkmont Exchange opened on the north end of downtown, Landing House opened on the south side of the river and Cafe Vicolo opened down a small alley off Gay Street. Myrtle’s Chicken and Beer opened on Market Square just last week. If you want your choice of food trucks, we’ve now got Central Filling Station, a food truck park which will be open every day of the festival and just outside its footprint.

But there are also coffee spots, beer and liquor spots, and new businesses offering sweet treats of various sorts. Merchants of Beer opened on a prominent corner in the footprint of Big Ears, while Pour Taproom and Post Modern Spirits and Methodology opened in the Old City, side-by-side. Vienna Coffee and Central Depot opened just to the north of the Old City. And two spots opened selling chocolate and more in the heart of downtown: Knoxville Chocolate Company and (just this week) Kilwin’s. Pretentious Beer Company was in the Old City, but this year they are a brewery and inside our bowling alley, which was here last year, you’ll find the Parlor at Maple Hall.

It’s also been quite the year for style – salons and more. Not sure if you’ll need it while you’re in town, but you may notice that Local Motors left Market Square and Rock Paper took their place. E.D. Bailey Barbers is a new barber shop just across the tracks from the Old City, Bat N Rouge and Culture Hair Studio opened on the 100 block of Gay Street, and Bees Knees opened on the south side of the river.

Lots of other kinds of businesses have opened in the last year, starting with one that had a soft opening during the festival: Magnolia Records. Other businesses opening in the last twelve months include Riverside Veterinary Clinic, Electric Company Lofts, Lillian Ruth Bride, Mighty Mud (moved and expanded), Bliss and Tori Mason Shoes (two stores combined and moved to Gay Street), Mid Mod Collective and the Book Eddy (expanded) and The Press Room.

We’ve also made the city considerably prettier over the last year. We’ve Restored Murals, including returning one devoted to Knoxville Music History, that was covered last year at this time. Check it out, if you haven’t. We’ve also had some Downtown Art Additons, we have a New Mural Just Off Central and we’ve got Downtown Art Wraps which serve as an introduction to Knoxville artists. There have also been other Aesthetic Improvements.

Finally, many of you enjoy taking a bicycle out for an urban spin and we’ve made that easier and more interesting this year. We’ve recently launched 200 bikes in or near downtown with our Pace Bike Share program which is ready for you to use during the festival just as fast as you can download an app. While you’re riding around, look for our new Kickstand Bike Repair Stations and if exploring trails is your style, we’ve Expanded Ijams and the Urban Wilderness, our massive network of preserved land and trails in south Knoxville.

It’s surprising for residents and periodic visitors alike to see all the amazing changes a year has brought – and we were pretty darn good in the first place, so this is the cream on the top. Have a great festival and whether you are a visitor or a long-term resident, get out and enjoy these amazing changes, but stay buckled, this ride is still rolling and the coming year promises to bring as many changes as ever.