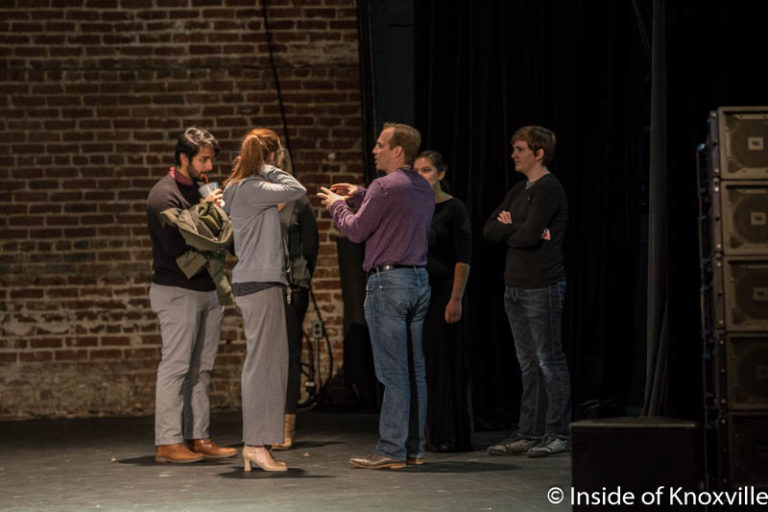 It started with a conversation between Jay Apking and Larsen Jay seven years ago. Larson, then President of the Bijou Board, noted Jay’s experience with children’s theater and asked what he might be able to do to bring more young people and families to the Bijou. His ambitious proposal, an arts competition for young people, came to fruition as the Bijou Awards in 2013 and was surprisingly successful from the beginning, with about 300 in attendance for the finals. Last year drew about 550 and this year could very well be a sellout in the 750 seat venue.

Jay, originally from Knoxville, remembers many trips to the Bijou where his mother was on the board of directors in the 1970s. Eventually leaving the city, he moved to Chicago to pursue an acting career and worked with children’s theater there. staying away for sixteen years. He’s been back in Knoxville for ten years and is excited about the efforts to involve young people in the historic downtown theater. In addition to the Bijou Awards, he’s also involved in theater camps hosted by the Bijou and says support for his efforts have been excellent, mentioning specifically the encouragement from board presidents Michelle Purcell and David Arning.

The effort started in Knox County, with emails to music, drama and choral teachers. The first year, sixty-two submissions were received. After some interest was expressed outside the county, applications were accepted from the nine-county area starting the third year. Eventually, Jay hopes to expand the event to be a week-long celebration of the arts for young people. He’d like to incorporate bands, dance and more.

What you will see at the Bijou will be the best of the best high school students in the categories of singers (male/female), actors (male/female), filmmakers (new category), photography and rising stars (middle school students). Eighty-seven schools in nine counties requested information for involving their students and around forty submitted auditions. Open auditions were also held at the Bijou. In total, over two hundred applicants responded in the performance categories and more submitted films and photography.

Ninety students got call-backs and twenty-five of these were selected to perform on Saturday. Performances for the various categories will be alternated, making for a fast-paced evening filled with excellent performances. Panels of judges have been assembled for each of the categories. The winning student in each category is given a $1000 scholarship and their music, art or drama program at their home school is awarded $500.

It’s a tough competition. Jay pointed out that Emily Ann Roberts, who was on Blake Shelton’s team and became a finalist on The Voice, finishing second, didn’t make the cut her freshman or sophomore year. She and others have gone on to great success. Jay noted that the performances are so good families come initially to support their child, but return just because it’s a great evening of entertainment for a very reasonable price.

The photos here are from a practice of sorts this weekend. Also afoot was the filming (by two Webb students) of a Bijou spoof which will be shown Saturday evening. An open-mic practice was held recently at Open Chord and a rehearsal will follow this week. It’s a lot of pressure for young performers. Saturday, at 7:00 PM, you can see the best of the best as the pressure mounts. Tickets are $12 and may be purchased here. The event is sponsored by Regal Cinemas.