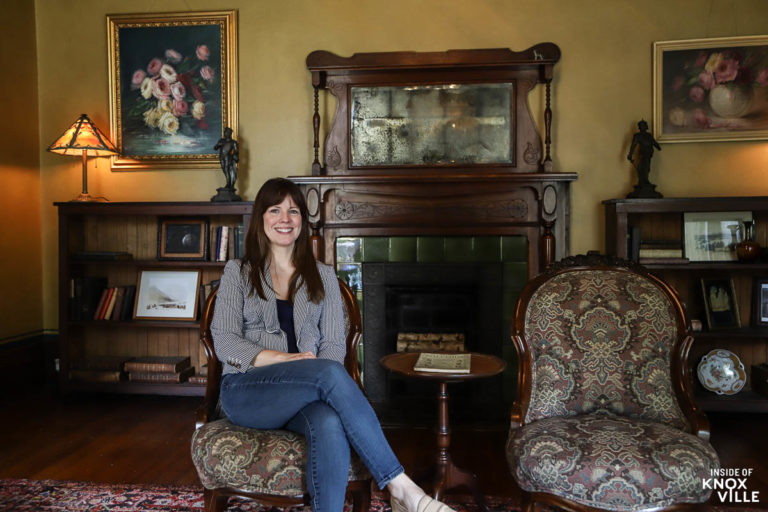 Founded in 1974 as Knoxville Heritage, Knox Heritage did not have a paid director until 2003. With the recent decision of Todd Morgan to move to another challenge, the board of the organization turned to Christine Cloninger to lead it in forward in the wake of the pandemic. I spoke with Ms. Cloninger to learn more about her and the current challenges and plans at Knox Heritage.

Originally from New York, her family moved to Knoxville in 1991 to be near her grandparents who were long-term residents, and she has lived in the Fountain City area for thirty years. She attended Holston Middle School and Gibbs High School before attending the University of Tennessee. While there she obtained a degree in Communications with a focus on Broadcast Production and a minor in Theatre Production.

She planned to move back to New York City and work with David Letterman and on Broadway after graduation. Alas, it was not to be. She met a young man named Patrick Cloninger and they decided to marry and remain in Knoxville. She worked briefly at WBIR, she worked in operations at a small movie theater company.

She began her longest-term stint of nine years at 21st Mortgage downtown. She started in collections and ended as a broker. By 2013 she realized the mortgage business wasn’t her passion. She lost her mother that year and decided she wanted a career she felt she made an impact on the lives of others. She switched to non-profit work with the local chapter of the Juvenile Diabetes Research Foundation, eventually serving a defacto stint as their Interim Executive Director. She remained there until the COVID-19 pandemic forced the organization to lay off half their fundraising staff, including her.

She had joined the Knox Heritage Development and Marketing Committee two years earlier. She’d always been interested in old homes and buildings and thought she’d like to connect with the organization. “I live in 1975 brick rancher, now, and that’s the newest home I’ve ever lived in.” She said she remembered her grandmother driving her and her brother, when they were very young, down Gay Street and telling them the history of the buildings.

When she lost her job early in the pandemic, she said, “I had put some feelers out, delivered mobile meals, signed up to write letters to new UT students . . . and a family friend reached out to Todd. They discussed her skill set and he contracted her to do a “full audit of fundraising practices for the last decade or so.” From that she looked the trends and developed a presentation for the board showing how they might strengthen fundraising efforts.

She presented to the board in May of 2021. In response to the report, the board created a Director of Development position and hired her for the job in August 2021. Four weeks after she began, Todd announced his departure, and she was placed in the role of Interim Director. After a search, the board concluded she was best for the job and she became Executive Director February 22 of this year on her birthday. 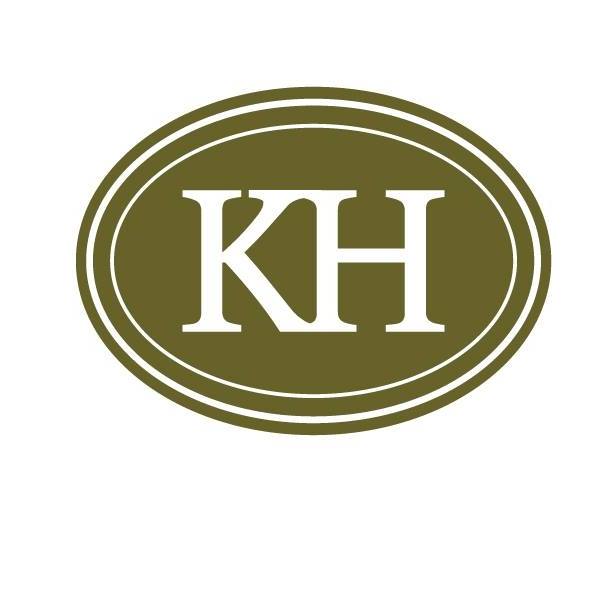 She said that COVID-19 pushed their organization and other non-profits out of people’s minds as they dealt more immediate issues or shifted their giving to health-related non-profits. “We had to go more quiet than we were used to . . . We didn’t have any events in 2020.” In 2021 they brought some events back while doing others virtually. She said the loss of events and their educational efforts was a hindrance to remaining connected to their members and the wider community.

Their membership base sustained them. The organization has about 600 members of Knox Heritage and that remained steady. They focused on a major preservation effort during that time, moving a historic home to 1815 Highland Avenue in Fort Sanders. Knox Heritage is now renting the home to a family, a model they hope to replicate going forward as a steady revenue stream flowing from their preservation of other small homes.

This year has seen the return of Summer Suppers, a series of high-profile events raising money while emphasizing preservation efforts. One has passed (which sold out), but two remain. They will be followed by their signature Scruffy City Soiree. She’s hoping the upcoming events will “get people excited about our mission . . . and to recognize the impact that historic preservation has had on Knoxville in a relatively short amount of time. You can purchase tickets to the two remaining summer suppers here.

The organization is also giving new emphasis to smaller projects, as opposed to larger buildings. They are examining how to preserve the “little historic pockets and neighborhoods all over the geography,” without spurring gentrification. Guidance from the National Trust for Historic Preservation and the National Preservation Partners Network suggested that a priority be affordable housing in density and how it can be enhanced by preservation.

They want to invest in “neighborhoods that have traditionally underserved.” This might involve coming in and stabilizing small properties, so they aren’t lost, but not restoring and refurbishing them to the point that they become impossibly expensive for the neighborhood. “We would help create clean, safe, affordable housing and preserve the fabric of the neighborhood.”

The focus on workforce or more affordable housing is driven by what they’ve heard from a range of groups suggesting, for example, that police recruitment is difficult because of a lack of affordable housing. Also included in the emphasis will be adaptive reuse for commercial buildings that have the potential for multiple housing units. They hope to work with other non-profits, the City and the County governments to provide their expertise to help in the effort.

Plans at Knox Heritage also include hiring a new Director of Development, bringing the staff back to three people. This will allow long-time employee Hollie Cook to return her focus to education and advocacy. This will allow for things like the return of the Fragile and Fading list which focuses on properties in danger of being lost. In this line, they also plan to host a preservation conference this fall at the East Tennessee History Center. They also hope to return to their in person awards next May (Preservation Month).

An additional shift in focus is that, after the currently scheduled weddings and other events at Westwood, they plan to return the focus to the home as a museum. The home was recently inducted into the select Historic Artists Homes and Studios, of which there are only forty-eight at this time. Westwood, home and studio space for our own Adelia Armstrong Lutz, is now listed alongside home/studio spaces of artists such as Andrew Wyeth, Edward Hopper, Norman Rockwell, Georgia O’Keeffe, Winslow Homer and others.

They hope, with the help of this new designation, to emphasize tours of the property. It is the only home in Tennessee and the only home in about a 350-mile radius from Knoxville. Tours of the home are offered on Tuesdays and Thursdays (and sometimes Saturdays) on the hour starting at 10:00 am to running to 3:00 pm and cost $10 per person (children under 18 are free. They also hope to host more events connected to preservation and plan to add interactive elements to the tours. Since the group took ownership of the home, they’ve had tourists from 32 different states. You may purchase tickets here.

The Scruffy City Soiree will be held Friday, September 16 at the Mill and Mine. The event will honor David Dewhirst and Mark Heinz in one of the buildings they preserved. Expect music, happy hour, a sit-down dinner, and the opportunity to learn more about how to support this great organization. Tickets are $200, which goes to help preserve more buildings. You will find tickets here.