Inside of New York City: What Seems Different 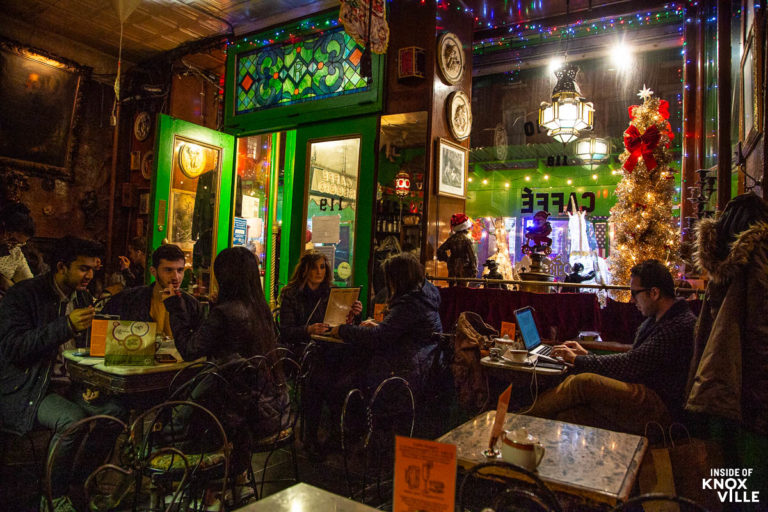 Here’s a warning: After nearly two years of barely leaving downtown Knoxville, other than a couple of recent trips to visit family and friends, I took the chance and spent three days in New York City about a week ago. The trip was planned, tickets bought, and reservations made last summer when COVID-19 numbers were at their lowest. After waffling a bit in the most recent surge, I decided to join my friend and go for it. If you don’t want to read about it or see lots of photos, you’ll want to skip the next few articles. 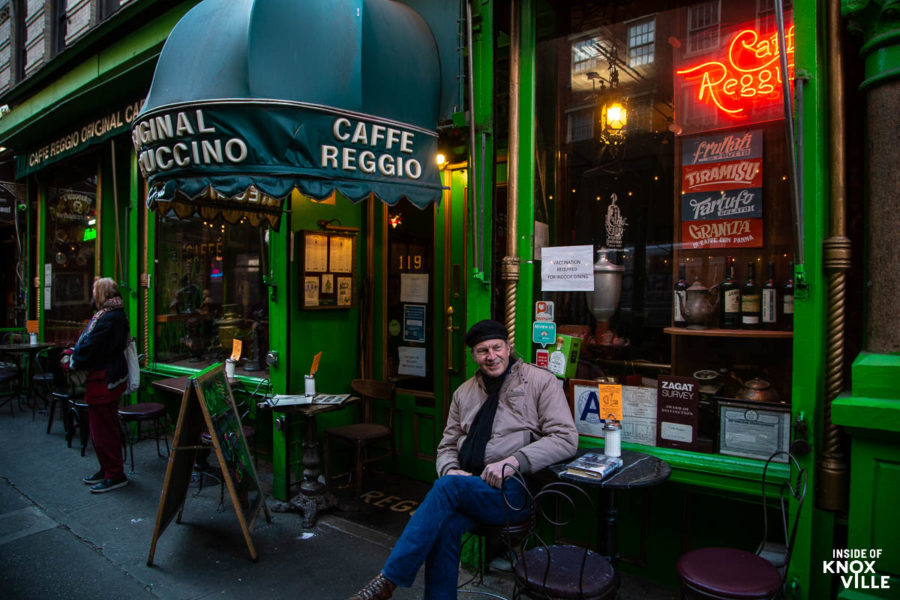 It was such a joy to return to the city. I’d last visited in 2018. As I prepared to write this, I looked back and realized I’d written four articles about my last trip (Entering the City and Greenwich Village, MOMA, Hamilton, and More, Macy’s Thanksgiving Day Parade, Christmastime in the City (and One Last Quintessential New York Experience) That seems about right for this time. I promise after this diversion I’ll get back to local conversation, though I always feel trips to other cities impact how I see our own.

The idea for the trip came from a conversation about Greenwich Village with my friend and our desire to sink into it a bit. He’d marked historic Dylan spots and more and I still had my memories of my day there with my brother and wanted more. We agreed we’d stay in the Washington Square Hotel where Dylan and Baez lived for a spell and we’d track down various nearby historic sites. It’s a real nerdfest I’ll cover more deeply later.

First, I want to talk about how the city has changed. I don’t know enough to comprehensively answer the question. Are there still lots of people on the street? Yes. While it was less crowded than my last trip, that trip was for the Macy’s Thanksgiving Day Parade and we stayed between Central Park and Times Square. It’s impossible for me to compare the two very different parts of town. So, I’m not sure. That said, there are some clear changes.

Was a lot of commercial property boarded up? Yes, but . . . I remarked on that the last time I was in New York City and that was two years before the pandemic hit. The truth is, there is a massive amount of commercial real estate and if five percent of the store fronts are boarded, that’s a lot. So, while I’m sure there has been a large loss of businesses during the pandemic, that didn’t seem so different to an occasional visitor such as myself.

From the moment we entered our de facto headquarters, Caffe Reggio, and had our first (of many) cappuccinos it was obvious that New York is dealing with the pandemic very differently from Knoxville. For the 72 hours were were in the city only one place we entered failed to ask to see our vaccination cards and ID. With the exception of eating and drinking establishments, they all required masks. No one blinked, balked, or made a spectacle of themselves.

For us, it helped us relax. Was there risk? Of course. Even as a vaccinated and boosted person, I could still get COVID-19. The likelihood of getting it while surrounded by other vaccinated people, however, is much less. We could drink coffee, have a great meal, listen to great music and let go of some of the worry we’ve carried for the last nearly two years. It was worth the expense just for that. I wish going out in Knoxville was similar.

So we relaxed and enjoyed. We heard great music at the Blue Note (Spirogyra), the Village Vanguard (Christian McBride) and Cafe Wha? (the great, great house band featuring a Brazilian singer who blew the roof off in Portuguese while the crowd sang along to every word). I have no photos of the concerts because they banned cameras and strongly discouraged cell phone use. I think they have it right, but the camera bug in me struggled. We had great food, particularly the last night at Babbo, where I had one of the best meals of my life.

The biggest difference on the street is the omnipresent dining sheds. Some are high-end and some are shacks. Some more resemble corrals. But however they look, they are everywhere, covering many streets and sidewalks. Conceived as an answer to limited occupancy in restaurants and the relative safety of outdoor spaces during the pandemic, they’ve helped in those ways, but hurt in others.

Some are abandoned and deteriorating in front of restaurants that have closed. They’ve attracted rats and, abandoned or not, become favored sleeping places for the homeless. They do constrict traffic, but that doesn’t seem to be a primary concern. Like many things in New York City, once established, they are becoming hard to envision removing. Even abandoned sheds still stand.

For casual tourists like ourselves, the primary drawback was the limitation to visual access across the street. Many sidewalks are small canyons between the adjacent building and the stalls. It makes it more difficult to find a location if you don’t know which side of the street you want, but mostly it makes the experience less pleasant as you can only see one side of the street.

I also spotted a testing clinic on the street and that, of course, is a change, but beyond pandemic-related changes, the biggest change in this part of town was the ubiquity of pot. We had not made it to our hotel before we were offered “the best dope in New York City.” It was openly smoked on the street (which is still illegal) and was sold all around Washington Square and the village in general.

I saw two guys with sandwich boards (homemade out of poster board) advertising their wares. A group hung out on the sidewalk on McDougal Street passing a joint for the entire three days we visited. For those of us who have lived through prohibition for decades, the entire scene was surreal.

Next Up I’ll look at buildings and art that caught my attention.