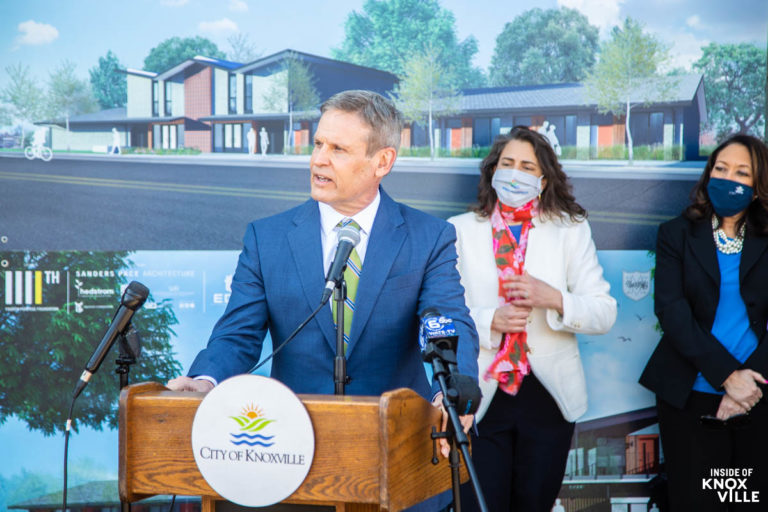 The affordable supportive house project is spearheaded by the 4th Purpose Foundation and is directed at men who have served time in jail or prison.  The 4th Purpose Foundation, is “a Knoxville-based criminal justice reform philanthropy.” At the location, it plans to “provide ex-offenders with affordable housing and supportive services in the former home of the historic Dogan-Gaither Motor Court.” The building will include 16 one-bedroom apartments and supportive services will be provided on-site.

The foundation, founded by Knoxville resident and former CEO of Master Service Companies, Josh Smith. Formerly incarcerated in federal prison, Smith went on to found and sell successful companies in Knoxville before beginning the project directed at prison reform. He has become a national advocate for reform and is a part of Governor Lee’s Criminal Justice Investment Task Force.

The development will be managed by Men of Valor, a faith-based nonprofit “focused on reducing recidivism among ex-offenders through ‘encouragement, support, accountability, and training.'” This will be the second such facility operated by the group. The other, Valor Ridge in Antioch, Tennessee houses a group of about ninety former prisoners during their transition from incarceration.

The group’s website states that national recidivism rates run around 70% (51% in Tennessee), while the men who complete their six-month program behind bars and twelve-months after release, have a recidivism rate of less than 15%. The site doesn’t state how many who start the program complete it.

The residents at Dogan-Gaither Flats will be expected to remain for at least twelve months, during which they will receive “life skills training, job placement, and long-term housing consultation.” The effort intends to help overcome the two primary obstacles faced by citizens returning from prison: housing and jobs.

According to the press release accompanying the announcement of the project:

Paying tribute to the historic Dogan-Gaither Motor Court, which first opened in the early 1950s during the days of segregation, Dogan-Gaither Flats will provide a source of redemption in an area with a rich African American history in Knoxville. The Jessamine address was the second location of the important motel, that hosted patrons such as Ray Charles, Cab Calloway, and five Freedom Riders, after being forced to move from its original location at East Vine Ave. as part of the “Downtown Loop” urban renewal project that would become James White Parkway in the early 1960s. In 1959, Dogan-Gaither was listed in a publication for “Negro travelers,” the Newark-based Nationwide Hotel Association Directory and Guide to Travelers; similar to publications such as the famous Green Book guide for traveling African Americans.

At the groundbreaking ceremony, Mayor Kincannon noted the importance of affordable and supportive housing and said the city’s portion of the project, just under $500,000 will go to help keep the rent affordable.

Governor Lee said he had joined Men of Valor 20 years ago and that criminal justice reform is especially important to him. He said that everyone deserves a second chance and that 95% of currently incarcerated prisoners will be released and how we help them “impacts our safety.”

Josh Smith spoke at length, saying that while many people locally know him as a successful businessman, few knew what he and his family had been through. Released from prison eighteen years ago, after serving time for a drug offense he committed at 21-years-old. He said he begged for $6 per hour jobs and his family lost public housing because felons are not allowed to be residents. Other apartment complexes rejected them, and they had to move into a trailer 30 minutes outside the city.

He said that in 1980 there were 5,000 incarcerated in our state and today there are over 20,000, while the crime rate has not changed. He said Knox County has the highest recidivism rate in the state because of the of lack of support for returning prisoners. Rejected from most jobs, most housing and unable to hold a professional license, many fall back into crime.

He pointed out that until he was pardoned in January by President Trump, he had the money to purchase any apartment building in the city but could not rent an apartment at most of them, nor could he vote. He said this project represents only the beginning of his investment for the cause in the city.

Sanders Pace Architecture is project architect and they are joined by Elite Diversified Construction Inc. and Hedstrom Design.