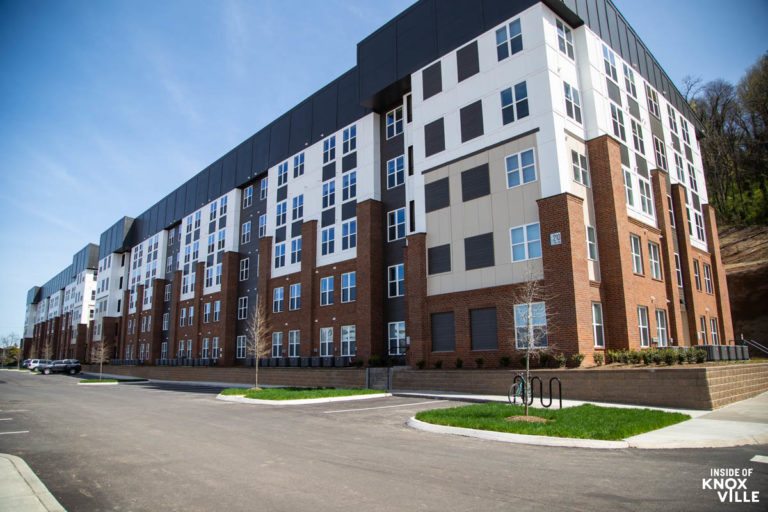 The units come fully furnished (though there is an unfurnished option), and include washer and dryer, as well as 55 inch, mounted televisions. Leases start at just three months and the two bedroom units allow for split leases. New residents do not have to set up utilities, as each unit is metered individually and charged with rent.

The development is designed to attract graduate students and young professionals. Early residents include a group of traveling nurses, people awaiting completion of homes currently under construction and others. The units feature smart thermostats and keyless doors, opened by scanners or by an app.

The entire site, including the Kern’s Food Hall and a to-be-named hotel, which will be new construction, are being developed by Mallory and Evans. As a result, the site will be inter-connected, with steps linking the apartments directly to the Kern’s Food Hall below. A pedestrian bridge will lead from the site to the parking garage on Blount Avenue.

The apartments are within an fifteen to twenty minute walk of the heart of downtown and an even short bike ride. Additionally, a trail is planned to lead directly from the site to Mead’s Quarry and the Urban Wilderness. 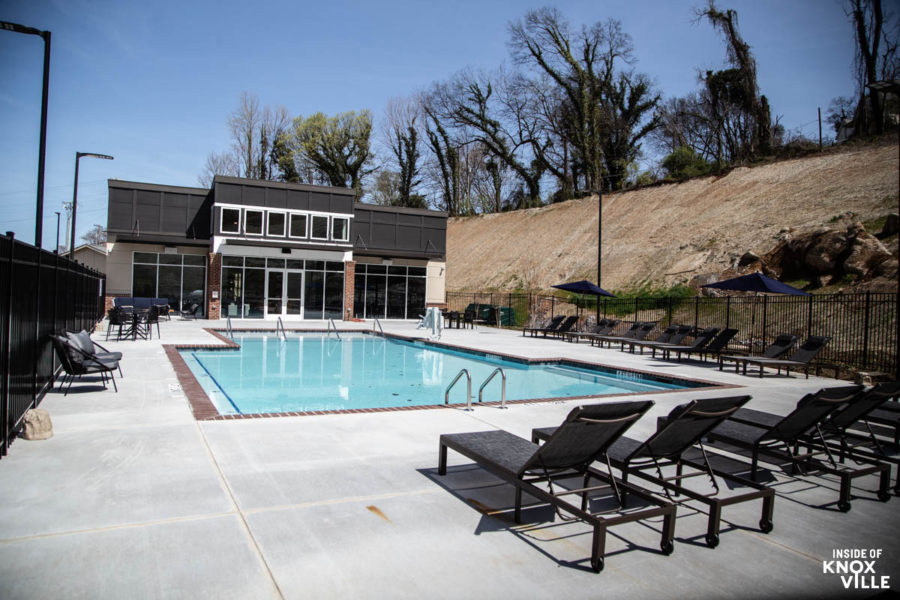 Also included in the first phase of development is a clubhouse with a computer center, conference room, lounge areas, a fitness facility and a pool. Pets are welcome, but come with extra fees.

Next up we’ll look at current plans and timelines for the Kern’s Food Hall.