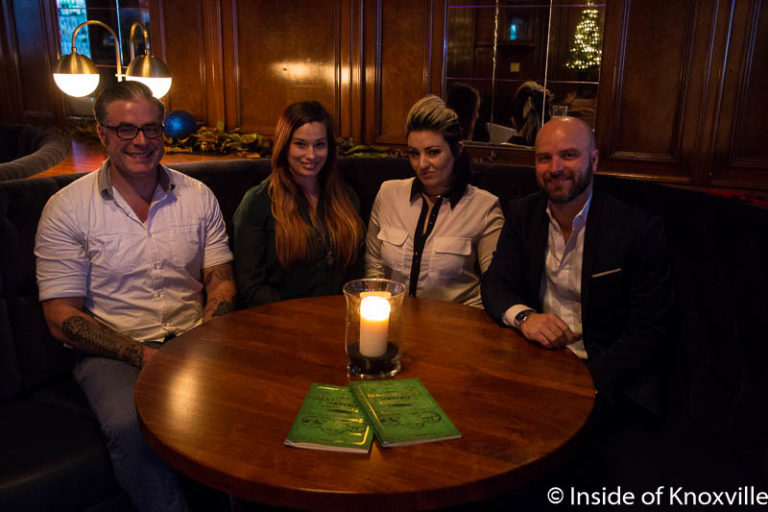 Popular craft cocktail bar Sapphire, opened in 2005, will take a pause starting January 1, as renovations to the Hope Brother’s Building at 428 South Gay Street will begin on the ground floor of the building. As reported here fifteen months ago, the upper floors will be converted to residential space, necessitating the reconfiguration of of some elements of the first floor in order to allow for access to the residences. Work on the upper floors got underway this fall.

Sapphire opened during an era in which only the smallest of changes had taken place in what would become downtown Knoxville’s renaissance. Numerous buildings along Gay Street and on Market Square were either not utilized or were under-utilized. Many people may not realize that several buildings along Gay Street, with businesses located on the ground floor, are empty above street level. The challenge of developing the upper floors while commerce continues below is significant.

While the business isn’t quite ready to name the location at this time, there is a Sapphire pop-up coming in downtown as soon as details can be finalized. With intentions of returning to the space at the end of construction, work on the building is projected to last nine-to-twelve months, so there will be a lengthy interruption.

Owners Aaron Thompson and Jessica King expressed appreciation for the regulars who have always supported the business. Aaron has been with the business from the beginning, becoming bar manager in 2006 and owner in 2008. “What started out as a sophisticated atmosphere built for young professionals to network in a non-smoking environment turned into a neighborhood bar and nightlife destination. Our continued success has been a true testament to the strength of our following.”

They would love for you to come by in the month of December to help them say a temporary good-bye to the location. They are currently celebrating the holidays with their “Miracle on Gay Street,” pop-up with seasonal cocktails and more. “Come see the decorations,
enjoy a delicious holiday cocktail responsibly, and share in some Christmas !”

It’s been a hard year for everyone, and as much for bars as for any business, so consider dropping by or getting a drink to go and let’s join them in looking forward to better things in 2021. Here’s hoping for a time we can all happily and safely gather in the new pop-up sometime in the coming months.