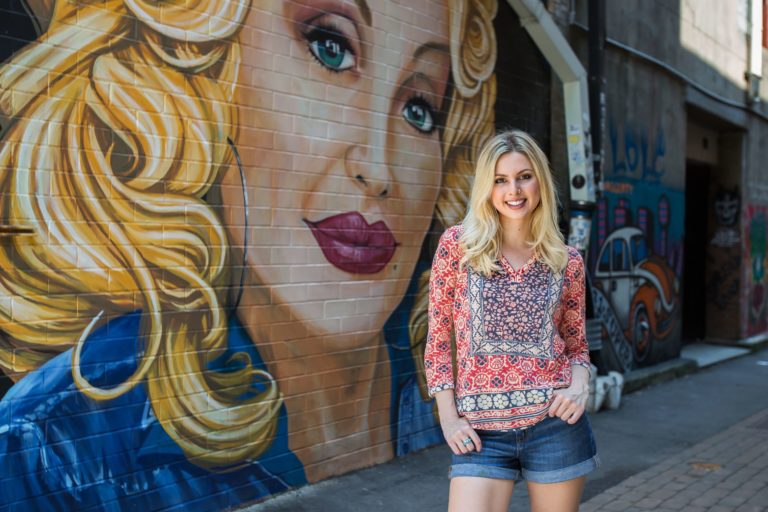 In a year dominated by a pandemic, you might expect the top ten stories to be related and, arguably, six of them are. This was a tough year and there is no way to sugarcoat it. So far, downtown Knoxville has sustained itself quite well, though not perfectly. We’ve got a few tough months remaining, but the big picture should be looking better soon. Here’s what you read and passed around on social media the most in 2020.

There were a lot of COVID articles along the way this year, probably a couple of hundred or more, but some of them captured people’s attention more than others. This was one of the early weeks in which Dr. Birx and Surgeon General Jerome Adams sounded ominous warnings about the next two weeks. He likened it to Pearl Harbor and 9/11. There had been fewer than 10,000 deaths nationally and only one in Knox County. It’s hard to imagine that we thought we might be through the worst of it in a couple of weeks.

This one drew a lot of attention due to the intense fear at the time that there might be large numbers of business closures. While what the owners said wasn’t necessarily encouraging, I think readers were anxious to hear what they had to say. This article featured Aaron Thompson of Sapphire, Matt Gallaher of Knox Mason and Emilia and a business owner who chose to remain anonymous. On the whole, the article suggested they were confident they could make it through with a lot of patience and creativity.

People were quite taken with this couple who left their former life behind, redeveloped a building in south Knoxville and adopted a new lifestyle. They developed the building with two AirBNB rentals, two businesses fronting Sevier Avenue and an incredibly beautiful home for themselves. The cherry on the top was the rooftop deck with a view of the city and the Gay Street Bridge. In the end, I think it was the willingness to step outside your normal world and try something very different that captured people’s imagination.

I think this article caught people’s attention because it was such a large business that closed, though the donation may have made some readers curious. Personally, I wasn’t surprised, given the company’s well documented struggles, but I was somewhat horrified for the city. The restaurant centers our most developed stretch of Gay Street and with that size, who would be willing to take it over in a pandemic? We got our answer very soon. Three months later Greg Cox and Kevin Rice, owners of Maple Hall, stepped up and said, “We will.” They are bringing the successful business back, with improvements.

6. A Near Downtown Business is Closed Permanently (June, 12,369 Views)

This story got shared extensively around social media and drew a large readership. David and Sue Finney opened Kybra in 2017 and had attracted a large and dedicated following, which included Mayor Kincannon, for their gym and its classes. The energetic couple had expanded and improved their facility and seemed poised for a long run. They recognized the struggle they would face to maintain it all and made an early and decisive turn toward a different lifestyle and business model.

I’m not completely sure what happened, here, but this article became the ninth most read article since of the 3,200+ articles I’ve ever written. I loved the story from the moment Alyse McCamish laid out her journey. It is such a great story of talent, meeting energy and good timing. Maybe for others it was the excitement of a major production coming to the city or simply that by August we needed some good news.

There is always interest in articles about development on this website, so I knew this would be well read. I didn’t really expect it would be the seventh most read article I’ve ever written. I put it out there early enough in the pandemic that I don’t think it was simply the good news angle. It lead to a lot of conversation (30 comments) and argument over the aesthetics of the development.

Again, I knew there would be interest, but this really took off. The business had a very successful run and perhaps that what took people by surprise. It was also at a great location. As it turns out, the closure had nothing to do with COVID-19 and everything to do with owners Natalie and Alan wanting to spend time with their young children. The closure plans predated COVID. Like a number of other closures, including Babalu (see #7), the story had a happy ending when Knoxville treasure Zack Roskop opened his great concept, Knox Brew Hub, in the spot just three months later.

This article came out on a Saturday, a day I don’t usually publish, and was prompted by the startlingly high numbers reported late Friday night and into Saturday morning. It was one of the inflection points where it became clear to me that things were getting very bad. It’s interesting to read the article now, given what has happened since. The Knox County Health Department had reported 84 cases for the week! It shows how numb to the numbers we’ve become as we now have single days that are five-to-six times that large in a single day and many people continue to act as if all is well. Active cases had reached the low 100s and that was shocking. They were over 5,200 today.

I remember this article for the strange attacks I got in the comments, which I later figured out were due to the owner of 2 Market Square feeling the caption might be taken to mean the address, not two businesses located on the square. If he’d just said that in the first place, I would have changed it. Say what you mean and mean what you say, right?

Anyway, Petros (located at 2 Market Square) is doing fine as far as I know, but two businesses, formerly located on Market Square, Knoxville Chocolate and Myrtle’s, closed. Then Myrtle’s reopened under new ownership. I think the article probably scared people who thought the downtown business market was falling apart. As it turns out, the Myrtle’s (temporary) closure had nothing to do with the pandemic, but had everything to do with the death of the owner earlier in the year.

When I think of all the stories I’ve written, many of which I have personally enjoyed, I certainly did not see this one taking off the way it did. It is and probably will remain the most widely read article I’ll ever write.

I have to say, this was not the happiest top ten I’ve ever put together. Only three of the ten had a clearly happy note, though several others turned out well in the end. The media gets criticized a lot for going with negative stories, but sometimes that is what makes the news. And clearly, people are interested.

With that, I’ll say goodbye for the year. I’ll have a COVID update this afternoon and then I’ll take a few days off, coming back with the planner on Sunday and a fresh set of content for the new year. Next week will be disrupted a bit, but that’s a good thing. You’ll see why in few days. Stay safe for the holiday. Watch tv, share a beverage with your in-home group and let’s tamp this virus down so we can all be vaccinated soon and get our lives back!