Pearl on Union Has Closed 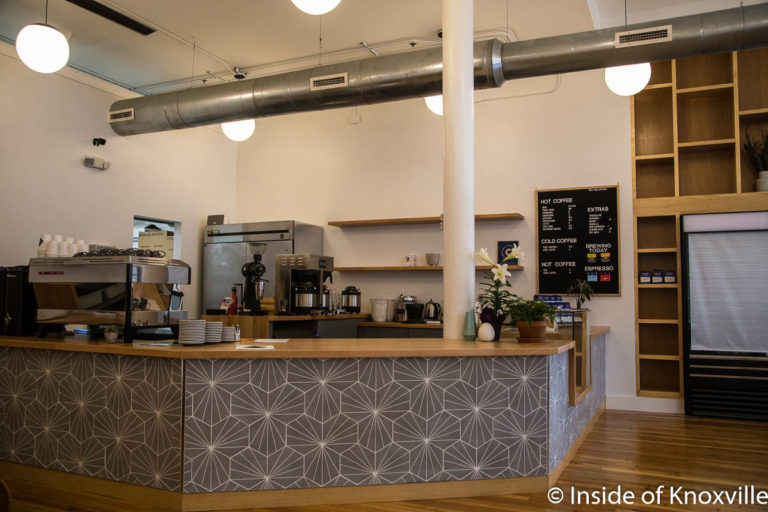 A popular local coffee shop has closed its doors permanently. Opened in April, 2018, the coffee shop was owned by Shaun and Meg Parrish, who also own and operate Java Old City and Wild Love Bake House, both of which will remain open. The dining rooms at each of the businesses has been closed to the public since March 17, but both Wild Love Bake House and Old City Java continue to offer curbside pickup for coffee and pastries.

Like many small business owners, the two have experienced a turbulent nine months. In a business “built around gathering,” Shaun says they simply can’t feel good right now about encouraging people to to just that.

The couple began doing all they could do in early March, putting sanitizer out at the restaurants, removing common-use condiments and more. Even in early March they saw customers becoming more cautious. When Big Ears was canceled, they knew the situation was going to be bad and they felt it would last for a while, thinking it would probably last until at least early summer.

Seeing the intense resistance to shutting down, they feared people would not adhere to the restrictions and the virus would not be contained. They furloughed their employees, got some temporary relief from rent and debts and applied for PPP. When the restrictions were lifted in early May with the virus not contained, they realized it would continue to grow worse.

Once they received the money, they sat on it for a time, considering what made sense. If they had brought all 40 employees back, the money would have lasted about eight weeks and they knew that wouldn’t be enough. They tried some pop-up events and took orders online for pick up. After being closed from March 17 to early June, they brought back nine of the employees and re-opened the three businesses on Saturdays to curbside pick up and online ordering.

They’ve gradually brought Old City Java back to seven days a week, from 8:00 am to 2:00 pm and Wild Love has the same hours, but is open only Wednesday through Sunday. They’ve tried to hone in on their busiest hours and days. Throughout, they have maintained a family relationship with their remaining employees, asking everyone to follow safe practices both at work and outside work, as an act of care for each other.

By mid-summer they began to understand the long-term down turn in downtown commuters who made up a large portion of the business at Pearl. It became clear they would not be able to generate enough business to cover expenses. Also, with the reduction of customer numbers, it began to feel as if the businesses were too close together. Shaun said it had never felt that way prior to the pandemic.

With the three limping along at a much reduced revenue flow, it simply made sense to pull back and focus resources on two shops, rather than three. With no end in sight to the pandemic and all its implications, it wasn’t even possible to calculate the loss.

He says he and Meg don’t feel completely negative about these recent months. It gave them a chance to get healthier and to rest in a way their fast-paced business expansions had not allowed in recent years. As they have focused on Wild Love and Old City Java, they’ve realized there are improvements they can make and now they will have time to do them.

He said they will miss the Pearl customers and hope to see them at the other locations. He said they will also miss their neighbors, as they loved being between Union Avenue Books and J.C. Holdway.

In the end, Shaun says of course they aren’t happy it ended the way it did, but it isn’t necessarily a bad thing and he feels good will come of it. He said it “allows us to continue to serve our community with more intention and focus. We’re really looking at the silver lining and it feels live moving back into our house. We think people will be pleased to see what happens next in the location, so it should be good for everyone.”

All gift cards to Pearl will be honored at Wild Love Bake House and Old City Java.