The State of the Knoxville Jazz Orchestra 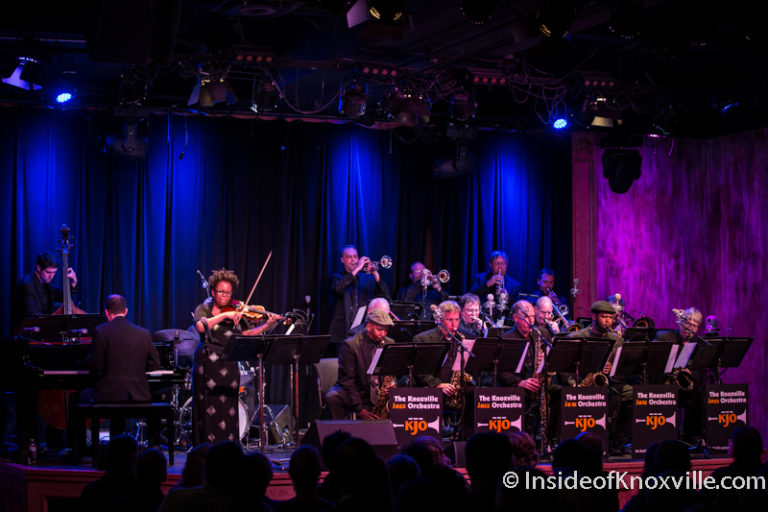 I reached out to Vance Thompson, Executive Director at the Knoxville Jazz Orchestra. I wanted to know the impact of the pandemic on the orchestra and its current status. It’s been a hard road for many, but the performing arts and artists have faced as much difficulty as any group.

The orchestra was able to complete five of its six concerts for last season. The last was in the beginning of February. The final concert, scheduled for April, was cancelled. Jazz on the Square followed in cancellation. The summer is also when Vance would be signing contracts for next season. It didn’t happen. Vance said they’d actually gotten ahead of schedule and were prepared to announce next season’s shows in April. It was the first time they would have been able to sell tickets so early.

The financial situation is a bit different than with some other groups. Musicians with the Jazz Orchestra are paid for rehearsals and performances, but are not on a year-round salary. Vance said, they “aren’t that far along.” That structure has prevented the organization from having to support salaries during this period. Since none of the musicians are completely dependent on salary from the orchestra, they’ve not been as hurt by this loss in income as would have been the case otherwise.

Ticket sales and donations are the primary source of income for the orchestra, along with sponsorships for the individual performances. Of these, donations loom far larger than the other categories and come primarily as a result of fundraisers. The largest of these is a fall fundraiser typically held at the home of Sherry Lee. The dinner and dance was cancelled for this fall. “After discussion, it was cancelled. The people most at risk are in our demographic. We couldn’t in good conscience go forward. Probably 80% of our donation income is from that event.”

Even though the seventeen members of the orchestra have been unable to come together as a group, the organization has remained active. “We have audio and video of a lot of our performances. I thought it would never see the light of day. It’s very time consuming to edit, with roughly an hour of work for a minute of music. We’re now going back and revisiting the archives, hoping to release two pieces of music per month. The latest release in the series is posted here.

Fundraiser letters have just been mailed – in true corona style, they are being mailed from Pennsylvania where Vance’s secretary is sheltering. The request is for funding to support the ongoing mission of the orchestra as they try to deliver world-class jazz to the city. They’ll need the funding to support the next season – whenever that happens.

As with so much, the immediate future is unclear. There are no plans for the season which would be starting this fall. In focus at this time, is the 2021 – 2022 season. There are variables out of control of the orchestra, such as when venues will reopen. When they do open, the question remains regarding capacity. There have to be enough tickets sold to finance the shows.

Vance said he also has to consider their audience, which trends older. “Where are we with treatment and relative danger to older people’s health? If I don’t feel comfortable with my parents coming to the event, should I be asking others to gather?”

They are working on assembling a virtual big band video for one of their songs. It would involve everyone performing from their homes or other locations, with no one physically together. It’s a challenge, but a fun challenge. This and the other videos are being released on their website and Facebook page. You can also subscribe to the Youtube channel to see all the video, new and old. You can also see the great “Live at Lucille’s” series jointly produces by PBS and the Knoxville Jazz Orchestra, on the local PBS site.

You can donate to sustain the group at the donation page on their website. The group represents one of the cultural markers that make Knoxville the unique place we all know and love. It is critical that we sustain what makes Knoxville, Knoxville.