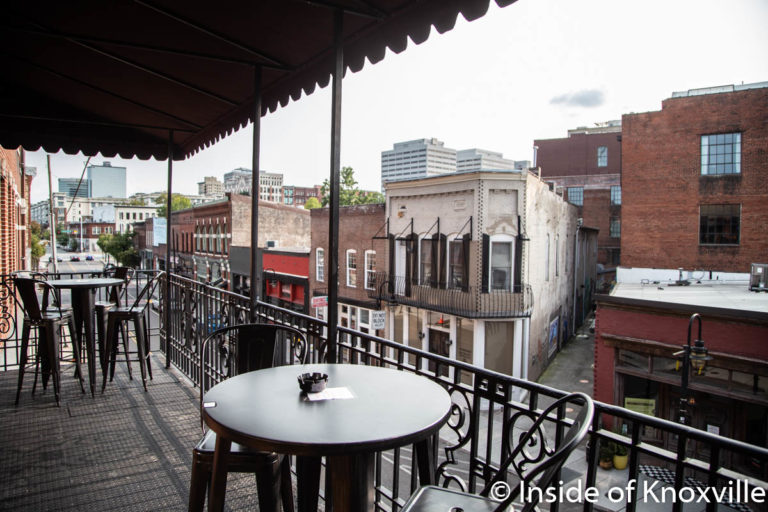 The Old City now has its first sports bar in many years, with the opening of the Old City Sports Bar over Southbound. The bar had its grand opening at the end of last week and holds the same address as the last sports bar in the area, Hooray’s, which shuttered its doors a generation ago. The bar has the same ownership as its downstairs neighbor, but promises to have a very different atmosphere.

I spoke to Meleah Brown, manager of both establishments, who started out bartending at Carleo’s across the street seven years ago. She’s worked at Southbound for the last 3 1/2 years. She said they had a number of employees who wanted more work than Southbound, open just two days a week, could afford them.

They’ve been able to give them more shifts in the new bar, which is open five days a week, plus they’ve been able to hire other currently out-of-work waitresses, bartenders and more. She said they continue to look for qualified employees, particularly security, bar back staff and she’s always looking for good bartenders.

Meanwhile, the upstairs space had been underutilized for years, mostly relegated to special events. With its original floors, beautiful exposed brick and New Orleans-esque balconies, the very large room needed to be better put to use. Co-owner Leigh Burch and his partners decided a sports bar, in a sports town, seemed to fit the bill.

The group put some “money and love” into the space, brought in some comfortable couches and tables, added seventeen large screen televisions to carry a wide array of sports and the new bar was born. The bar will be open Thursday through Monday in order to deliver most of the sports on television.

The idea is simple: beer (four on draft and many others) and good food, cocktails, a limited wine list and lots of sports. They will be launching a drink menu next week, which will feature Old City-themed drinks such as  the South Central Mule and the Old City Bomb. “It will be simple, but we wanted to have some cool drink options.” In addition to the full bar, she says there will be champagne for celebrating those huge victories and they have a wider range of bourbon on the way.

The food is being outsourced to some of the great restaurants in the Old City, including DaVinci’s for pizza and Southern Grit for wings and more. Each restaurant offers a limited menu for the bar and they’re hoping to add more to the list. Patrons can order from one or mix-and-match and food runners will deliver the food to your table.

Most of the time, sound will be off on the televisions, with music playing in the bar, unless there is a major game, such as any UT game, which will have the sound on from multiple televisions. They will always have other games showing for patrons who want to watch those. They will feature all sports, but college and professional basketball, football and MMA fights will be featured. They will likely purchase some pay-per-view events and they also have a large projection television. They have the Sunday ticket and plan to get Red Zone on Sundays.

Patrons can also choose to enjoy other activities. I spied some board games in the cozy seating area. Meleah said they were going for the feel of your own living room in that space. They also have corn hole, darts and Golden Tee Golf.

Until such day as we are freed from the corona-scourge, the bar is providing free masks at the door and asking everyone to wear them when they leave their table. Sanitizer is also available at the door and tables have been spaced apart appropriately. There are twenty tables at this time and, when times are better, they will probably add significantly more.

You can follow them on their Facebook page and you’ll find them open at 6:00 pm on Thursday, Friday and Monday nights and at noon on Saturday and Sunday.