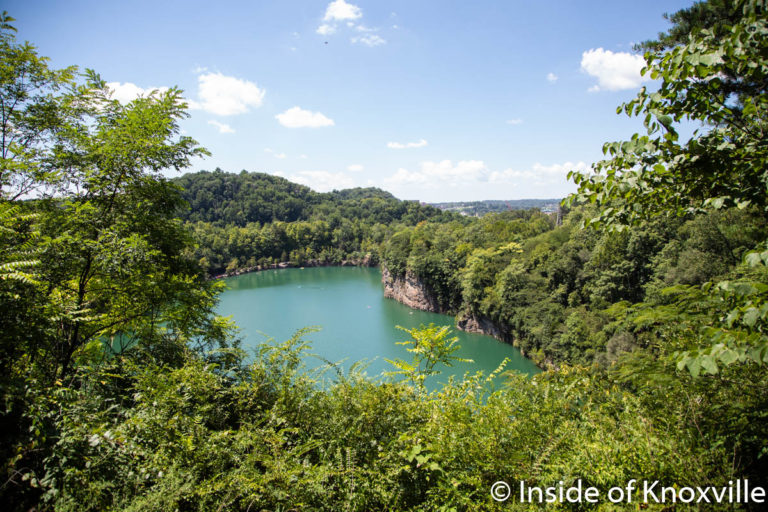 Kids need to get outside. They need to burn their extra energy and connect to the natural world. They need to feel a sense of place outside their four walls. And I’ll be the first to admit it is sometimes a relief to turn them loose and let them romp and stomp as they are wont to do.

We’re fortunate in Knoxville to have numerous spots around downtown and further out that provides great spaces for just that. We have beautiful green spaces, trails to run or ride a bike, waters to paddle or swim about and lush sites that just might drop a small taste of history in on the young ones when they least suspect it.

We did just that on two recent outings, seeking adventure in the urban green spaces on the south side of town. That these wonderful spaces are so close to downtown is something not to take for granted. And in an era of social distancing, it’s nice that they aren’t overrun. There were other people at various spots, but six feet was never an issue.

Our first outing was to High Ground Park, the site of Fort Higley during the civil war. Established in late 1863, the Union fortification was one of a series of 20 fortifications and batteries surrounding the city to prevent it from falling into Confederate hands. Named after a captain who had died a couple of months earlier, the fort was abandoned after the end of the war. Neglected for almost 150 years, most of what is left are a few depressions in the ground.

The park was established in 2013 and easy trails lead to the site of the fort, at which point there is a stone wall and a couple of chairs. All that mattered to Urban Boy (age 5) and Urban Girl (age 11 and still a child when no one is watching) was the sense of adventure walking down a trail and looking for animals or ghosts of soldiers. Urban Boy watched for dinosaurs, but that’s another story.

On another outing, we walked around Fort Dickerson, just off Chapman Highway, not far from the Henley Bridge. I think I could have simply let them run circles inside the brick wall at the entrance and they would have been happy. All I had to do was say, “run,” and they did. You’d think they’d never been allowed to run around before. It probably seems like a lifetime to them since they’ve gone anywhere but their home and, now, ours.

There’s a little more to see at Fort Dickerson Park, with more earthworks and replica cannons pointing all around. It’s easier to picture the spot as a fort and to let the imagination run wild. Also established in late 1863, it was part of the ring of Union forts mentioned above. The kids tolerated a small portion of history and a pose by the cannons, but mostly they liked running down the hills and feeling like they had gone some place.

What are your little get-out-and-do-something-a-little-different spots around town? With virtual school starting at the condo today, we’re probably going to need a few more of those stress-reliever trips.