A Look at the Supreme Court Building and Tower Renovations 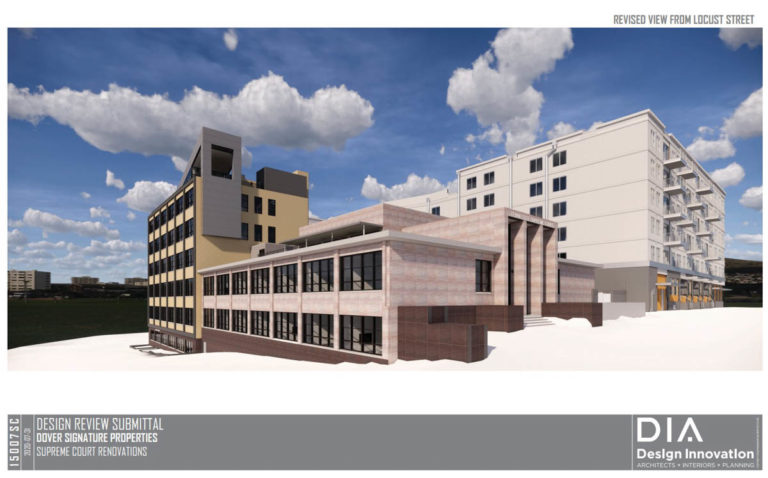 Recent updated designs have been submitted to the Downtown Design Review Board for the Old Supreme Court portion of the site being developed by Dover Development. The plans, developed by Design Innovations Architects, show short term rental units for each of the buildings with an additional two residential units added to the top of the Supreme Court Building.

Originally conceived as a hotel, the subsequent influx of downtown hotels shifted the project’s direction. While recent attention has been more directed at the development of the massive parking lot attached to the building, this section includes the only building of historic interest.

In addition to the two unite on top of the original Supreme Court building, the office building to the rear will also have an addition of a penthouse. Both buildings will have rooftop deck space. The parking at the rear of the office building (adjacent to Henley Street) will remain. A courtyard will be built between these buildings and the adjacent apartments currently under construction.

The projected completion for all parts of the project was 24 months at the outset, with ground officially broken in October of 2019. That would project to late 2021 for the project to come online, assuming no delays.