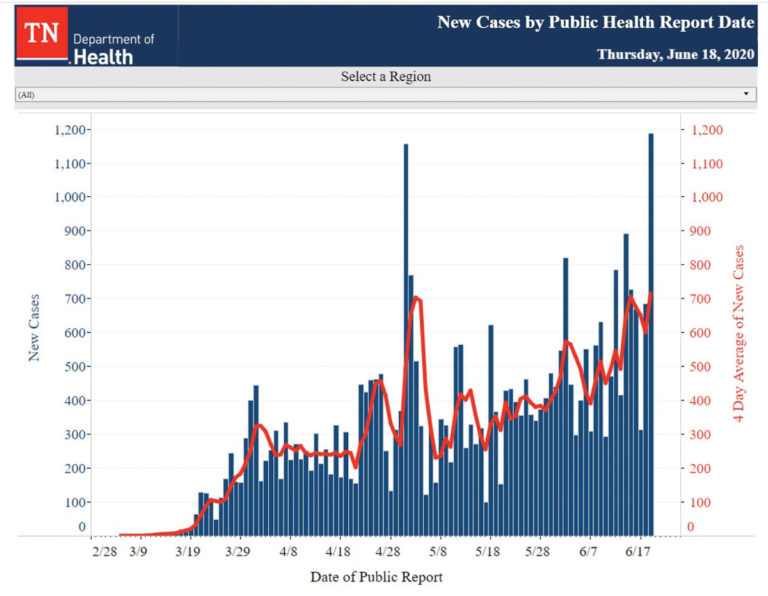 I had no intentions of posting an article today. I’m tired and I value my weekend as a small break. Then the numbers came in and I could not avoid what felt like an obligation. I’m not interested in getting cheap clicks by displaying graphic headlines. I don’t need extra work. I’ve maintained a reasoned attitude on this site from the beginning. But I feel something is different today and it is important that as many people as possible understand it.

There were 181,005 new cases of COVID-19 reported in the world yesterday. This is the highest number ever reported. By a massive amount. The previous record came just two days ago. The number of new cases yesterday obliterated the two-day old record by 24%.

5,066 people died across the world yesterday from COVID-19. That is not a record. It does mark, however, four consecutive days of more than 5,000 deaths. It has been over a month since this happened. The current rise in worldwide deaths started about two weeks after the number of cases started rising again. It is logical to assume that the current rapid increase in new cases will be followed by a similar increase in deaths two weeks from now.

Twenty different countries reported more than 1,000 new cases yesterday. Brazil alone, reported 55,209 new cases in a single day. No other country has done that. Only the U.S. has come close and we’ve never crossed 40,000 in a single day. Brazil’s death toll, which has remained relatively flat will likely not remain so.

The United States reported 33,539 new cases yesterday. This does not include Louisiana’s 787 which were reported later than normal. That brings the total to 34,326. This is the fifth highest daily total since the beginning of the pandemic. It is the highest total since May 1.

Deaths have continued to trail downward and 719 were reported yesterday. We are nearing the two-week mark of when our cases began increasing once more. If previous patterns hold, an increase in deaths will follow.

Arizona, Texas and Florida continue to set records and break them. Their governors insist it is simply more testing or the majority getting infected are young and it’s their choice. None have plans to do anything different.

Tennessee recorded its highest number of single-day cases yesterday with 1,188 cases. The only other day that was close was May 1st when the state reported 1,156 new cases, but 897 of those cases were due to a single prison outbreak. There was no massive prison outbreak yesterday. This is community spread.

With that increase, Tennessee recorded its highest weekly number of the pandemic. And it’s not even close. The three highest weeks are the most recent three. The total for this week – with one more day to go (Saturday’s numbers come out at 3:00 PM this afternoon) – is 4,476, nearly 1,000 over the record we set two weeks ago.

We now have the most active cases since I have tracked those numbers at 11,486. This is a 35% increase over two weeks ago when we had 8,500 active cases. Active cases lead to hospitalizations. On Wednesday of this week Vanderbilt announced that we had our highest number of hospitalized patients since the beginning of the pandemic at about 400. They project this number wll increase by 150% in less than a month unless we drastically change our behavior.

In Knox County, we have been very lucky, so far, but warning signs are all around us. Chattanooga has about ten times as many active cases as Knox County despite a smaller population. The New York Times ranks Sevierville as having the fifth fastest growth rate in cases, projecting they will double every 8 days at their current rate. Dollywood is open, the new waterpark is about to open, I’m told from a resident that,  “Sevierville and Gatlinburg Convention Centers and LeConte Center have been holding and continue to hold events with hundreds in attendance . . . ”

Even with our good fortune, numbers are going up in Knoxville. As of today’s numbers, we had 84 new cases in Knox County this week, which ranks as our second worst week ever, behind last week. Our active cases have paused in the low 100s (115 today), but can we hold that?

With the risk mounting in all these states and our own, many are acting if the risk has passed entirely. Governors are making it clear that we have charted a course of returning to work and businesses as usual, and a glance across the city or nearby reveals very few people wearing masks.

In other news, on the day the state of Tennessee recorded its highest number of cases for a single day, the state House of Representatives passed a resolution congratulating Tennesseans for “clearly seeing that the mainstream media has sensationalized the reporting on COVID-19 in the service of political agenda.”

We don’t need sensational reporting, but we need facts and we urgently need people to acknowledge them and act accordingly.