Rhythm N’ Blooms Unlikely to Happen Next Year (Or Ever?) 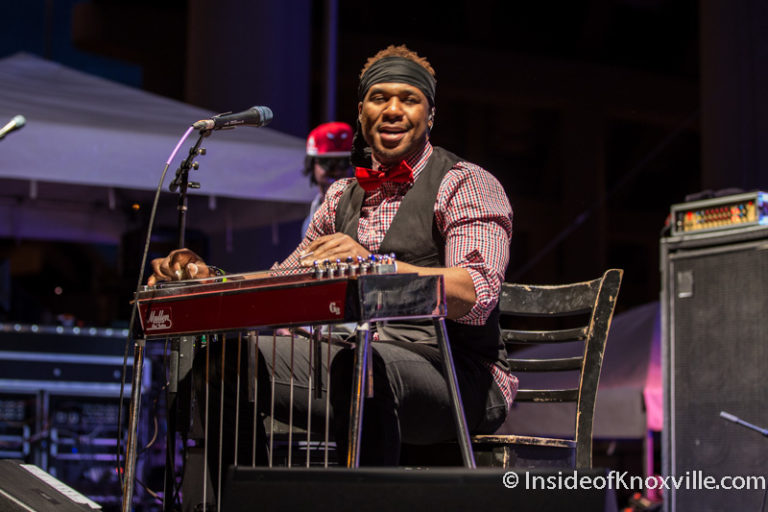 You may have seen this reported in Compass (subscribe if you haven’t), or elsewhere, but because it is significant news for downtown, I wanted to mention it in this space: At least a temporary end has been declared for the Rhythm N’ Blooms Music Festival.

Last Friday afternoon, Dogwood Arts issued a statement regarding the Rhythm N’ Blooms Festival. It contained what seemed to be the inevitable news that the festival will not take place next spring. Their board voted to “postpone the Rhythm N’ Blooms Music Festival indefinitely”. Their statement confirmed that the current litigation effectively prevents either party from confidently forging contracts with artists at this time. Even if all legal matters were cleared today, it would likely be difficult to start booking talent in November for the spring event.

The statement from Dogwood Arts said this would free resources to “focus on additional music programming that aligns with our mission of promoting and celebrating the talent of our region.” How they might do that remained unspecified, but it would seem that, in the interim, they may have in mind a smaller version of the festival featuring more local and regional artists. They made it clear that this does not impact their other annual events such as the Home and Garden Show, Chalk Walk, and the Dogwood Arts Festival.

Chyna Brackeen, of Attack Monkey Productions responded, “Over the past ten years, I have poured my heart and soul into building Rhythm N’ Blooms into a tremendously successful event. I am disappointed to learn about Dogwood’s unilateral decision to postpone the festival indefinitely. I remain committed to producing meaningful events and introducing music that matters to the people of Knoxville.”

That the festival’s future is clouded and doubtful is a disappointment to all of us who have enjoyed it for years. Through this festival I’ve discovered new artists to love and follow, have been thrilled to hear long-time favorites, and, more than anything, have enjoyed the friendly, Knoxville-centered vibe of the festival. It seems I see all of my favorite humans there.

Even though the potential end of Rhythm N’ Blooms is an entirely different beast, it reminds me of when Sundown in the City ended. I attended the vast majority of those shows, driving from my home out in west Knoxville for the first years, and later walking from my downtown home for the two final seasons. I understood the reasons Sundown ended and knew it had probably run its course. Nothing lasts forever. Still, it was one of the reasons I moved downtown, and I was very disappointed.

Now there doesn’t seem to be much of a void without Sundown. Other events have filled the schedule. There is still a lot of music, but there is a far richer and wider range of activities happening all around downtown, and Sundown has faded into a fond memory of another era. Perhaps the ending of Rhythm N’ Blooms will be the same. It’s unfortunate, but change is inevitable. We can hope it might re-emerge, but it may be time to move on and look forward to other exciting events that will, no doubt, emerge in its wake.