Tennessee RiverLine Project Sets to Redefine Our Relationship With the River 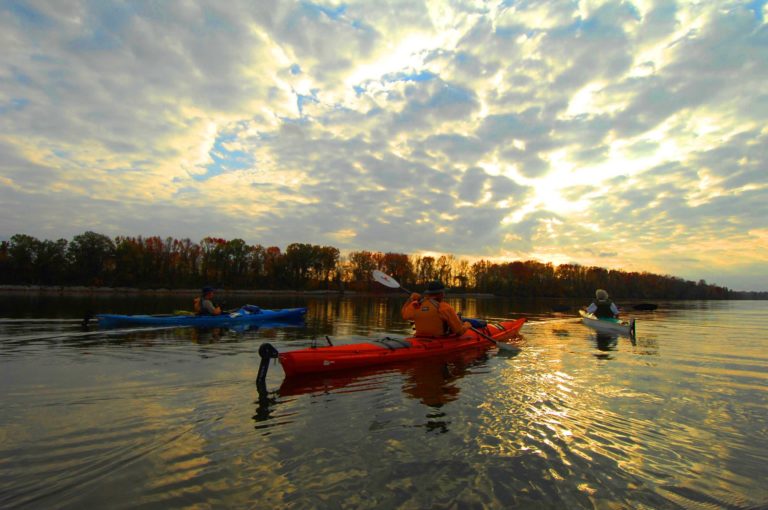 What does the Tennessee River mean to you? As an important geographical feature to our area, you may think of it in terms of transportation, recreation or economic development. I remember telling my young daughter, “This is your river.” It’s part of our story. If place plays an important role in defining us, then this is part of the definition.

University of Tennessee Associate Professor Brad Collett sees it through the lens of a Landscape Architect. He and his students, working through the Tennessee RiverLine Project, have embarked on a multi-year exploration of the possibilities the river presents. As a massive public space, taken in total, it presents challenges and opportunities of a scale landscape architects rarely have the opportunity to consider.

At 652 miles in length, running from Knoxville, Tennessee to Paducah, Kentucky, the river and its reservoirs total 470,000 acres of public space. It is bordered by over 700,000 acres of additional public land including state and local parks, as well as national park service land. As a point of comparison, the 1.2 million acres is more than double the 520,000 acres of the Smoky Mountains National Park.

As do the Blue Ridge Parkway and the Appalachian Trail, the river traverses a critical piece of the area’s legacy. A previous generation developed transportation and industry on the river. TVA harnessed the river to control flooding and to produce electricity. Our generation’s challenge may be preserving the river for future generations in the face of climate change, invasive species and other ecological pressures.

The starting point for the group was a journey of over 1100 miles in 2016. Making 33 stops along in the course of a five day trip, the group talked to different groups about their community’s relationship to the river. Encouraged by TVA, which has been a big supporter, they’ve gotten a three year grant (they just started the third year) fro the Rivers, Trails and Conservation Program. Brad says TVA’s belief in the program, “is a primary reason why the project and its supporting partnership have experienced the successes we have to date, and why both are positioned to have positive impacts in Tennessee River communities.”

In order to focus their efforts, the group issued a Request for Interest to help select communities with which they might work. Out of the seventeen applications, they selected five which were intended to be representative of the various geo-political and differently sized towns and cities along the way. They include Roane County, Tennessee, Bridgeport, Alabama, The Shoals (Florence-Muscle Shoals), Alabama, Benton County, Tennessee and Paducah/McCracken County, Kentucky.

This semester the group is focusing on obstacles and gaps and looking at the five areas to bring a modern design sensibility to the connection between people and the river. Do traditional interactions with the river, like industry and access, continue to serve the communities well? Response, according to Mr. Collett has been very positive.

In looking at ways to make the river more accessible as a continuous water trail connecting vast public lands, the group is not advocating for a land trail and isn’t proposing the addition of any public lands, though if a local area felt those things made sense for the them, they would be free to pursue any local goals they wish.

In making it more accessible, the group will likely develop information to make a river journey easier for more people to consider. That might include maps of spots along the way where camping is allowed or where to easily get off the river to find groceries and gear. It might also include helping towns, cities and recreation areas consider how river travelers might more easily connect to and access what they have to offer.

Locally, we have amenities such as Suttree Landing Park and Ijams that border the river. Kingston, as a contrasting example, doesn’t have a direct connection between the town and the river. Camden is four miles off the river, Raccoon Mountain has great trails in Marion County, but it is not connected to the river. Numerous opportunities would emerge if those connections could be made.

Some communities, such as Chattanooga, have optimized their connection to the river far beyond others. Chattanooga has thirteen miles of trails along the river from the Chicamauga Dam to the intersection of the river with I-24. The group wants to challenge communities to examine their next step. In Knoxville, that might be, for instance, addressing the damage that Neyland does to the Knoxville waterfront or the difficulty of pedestrian access from downtown.

While the project is driven by students, there are a number of ways you can get involved if you like the idea. For starters, they’d appreciate it if you’d take their fun, interactive, survey here. It offers a unique way to note your involvement with the river and express ideas. You can also follow and like them on Facebook, follow them on Instagram, and explore the website. While there you’ll find opportunities to get involved.

It’s an idea that is likely to be discussed more in coming months and years. It’s a topic worthy of our consideration. The river can both enhance our lives and become a key to sustainable economic development.