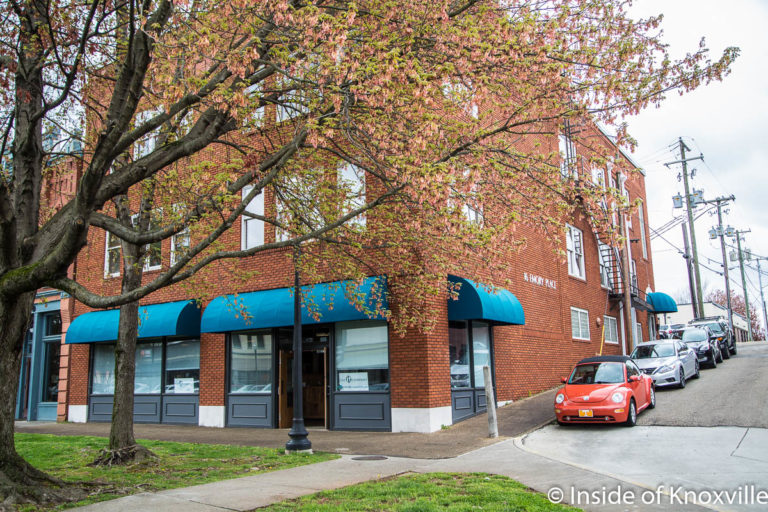 If asked to describe an urban home, many of us would picture a tiny New York City apartment with modest furnishings and maybe a view of the side of the adjacent building. Likely there would be exposed ducts and maybe an old radiator, working or not.

Of course, there is a wide range of urban homes, even in our small city. I highly encourage taking advantage of all home tours if you’d like to see the spectrum. City People will not offer their home tour this year, but the excellent Fourth and Gill Tour of Homes happens soon very close to downtown.

The home I’m featuring today is the home of Julianna and John Texada and nearly-two-year-old Collin Texada helpfully offered to give me a tour of his parent’s home. Sometimes he forgot me when the sandbox or a toy presented itself unexpectedly and sometimes he moved so fast he showed up twice in the same photograph.

16 Emory Place is the entire three story building and it has been developed by the Texadas. I wrote an introductory piece about the IT company and the building. The IT company occupies the entire bottom floor and that space was the first to be built out as the redevelopment got underway.

The second floor is occupied by two different companies offering shared space office suites. The third floor includes a two bedroom apartment leased out by the Texadas. The remainder and largest part of that floor is taken by the Texada’s beautifully designed home. Smee Busby Architects and Chris King did the design work and Conversion Properties over saw the build-out.

The home features about 3500 square feet, predominantly on the main floor. A guest bedroom, Collin’s bedroom and a master are off the main open space. The home includes 3 1/2 baths. The living space is divided between kitchen and dining and the primary lounge (and play!) area by a two-sided fireplace.

A cool space-saving feature throughout the house are niches built into the walls, avoiding the need for shelving for books and other items. You’ll also notice in the kitchen, the apparent absence of a refrigerator. It’s there, but built into the wall behind what appears to be wood panels.

The striking staircase offers a focal point to the floor and leads to a mezzanine office with two built-in computer desks. Just past the mezzanine, the stairway leads to an enclosed, climate controlled space with ample windows to take in the great views. It also includes a fireplace and bar. 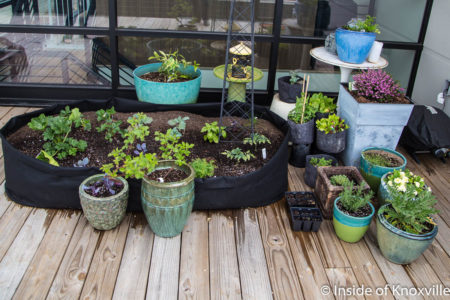 The roof top deck offers great views of the city skyline, Knox High, Emory Place, House Mountain and more. It also offers Collin and additional and outdoor play space complete with a small pool and sandbox. The family is also using the space for a small roof-top garden with spices and a few vegetables.

The home offers another take on urban living. Nothing on the outside would imply two homes are included in the building along with the businesses, yet, there they sit. The Texada’s home is more spacious than most urban and many suburban homes and the space is utilized so well, it seems even larger. Collin said, in a manner of pre-verbal speaking, that he is very happy in his downtown home.