Viet Bread and Tea is Open! 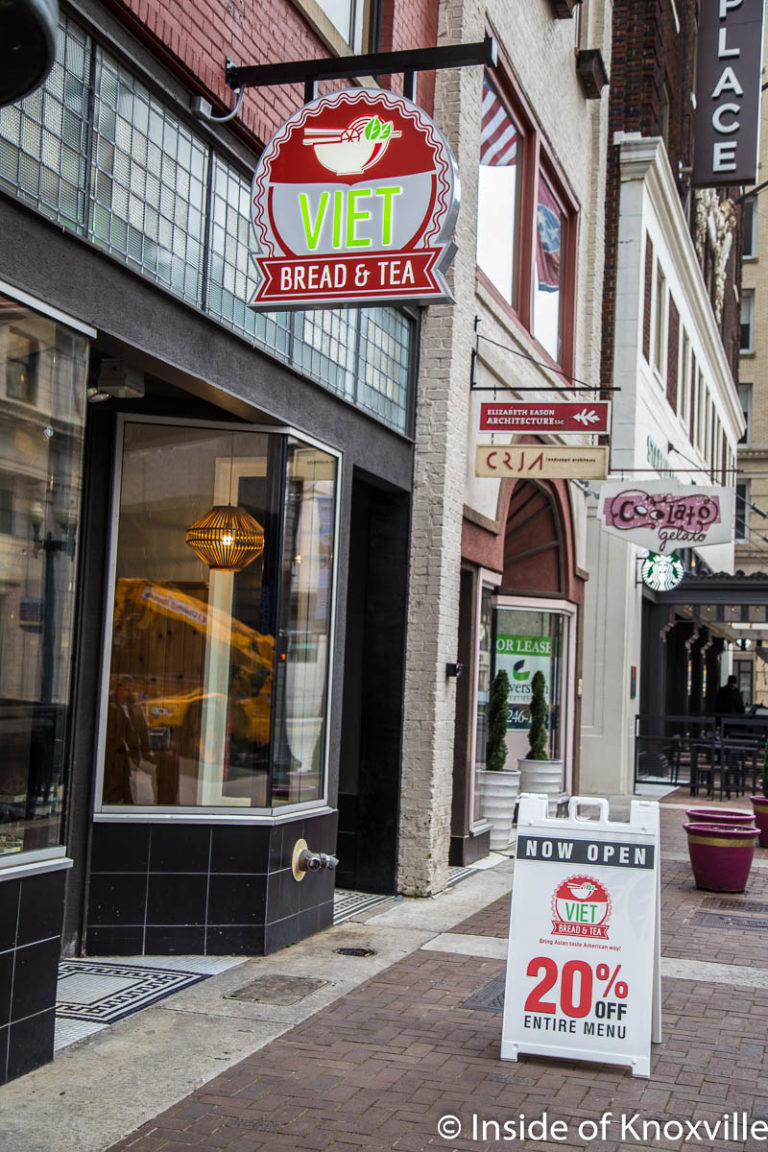 It was the message I’d been waiting for . . . though judging from the messages I’ve gotten asking “when, when?” I’m not the only one who’s been anxious for the opening of Viet Bread and Tea. “We are open today! (For a soft opening ).” There was more, but I’d read the only sentence in the email that mattered. Plans were made.

As fate would have it, Urban Boy joined Urban Woman and myself for the evening and so, boy got his first Vietnamese food. He dug the sticky rice and chicken on the Com Thit Ga Nuong (Grilled Chicken Rice Plate, $10.95). The photo you see here has been re-arranged a bit because he carefully articulated in his little three-year-old voice that Urban Boy does not do “cucumbers or carrots.” Urban Woman snagged the carrots and said they were delicious.

It’s a good thing, because I didn’t make it all the way to the bottom of the bowl like I’d wanted. Noodles, chicken, broth were all excellent. Urban Boy was afraid I would spill it when I picked up the bowl to get more of that crazy good broth, but all was well.

Urban Woman got the Cha Gio (Crispy Egg Rolls, $8.99 for five) and loved them as much this time around as when Rosie sent some samples home with me a few weeks ago. I said in the previous article they were the best egg rolls I’d ever had and I’d repeat that after the second round (I stole one from her.) So light, crispy and scarcely a hint of grease.

While Urban Boy and I were boring with our water, Urban Woman went for the Almond Milk Tea which she said was excellent. Of course, teas are a big thing in the new restaurant with a wide range of styles, flavors and toppings to make your bubble tea, if you like.

After tax, we ended up close to $40 for three people for dinner and could have gone less expensive, if we’d tried. For the kind of scratch cooking Rosie is doing, it’s a great value – particularly by downtown standards. A couple could keep it close to $20 with a little effort.

The decor is simple and fun, with Asian hats along one wall and hanging from the ceilings along with some woven basket lighting fixtures. A water feature at the front gives a soothing touch. There is one television which was turned to silent and is only visible from a few tables. It was more of a distraction for the staff than for the customers who mostly couldn’t see it.

We’re accumulating a minor collection of Asian eateries in the downtown area. They are each doing something a bit different from each other and they’ll need your support if they are to remain open. Support them if you like the variety. Support Rosie and the excellent food at Viet Tea and Bread. There are no posted hours, so I can only assume they are close to what she’d told me previously: 11:00 AM to 9:00 PM every day except Sunday when they will be closed.