Chapman Highway to Get Development Attention 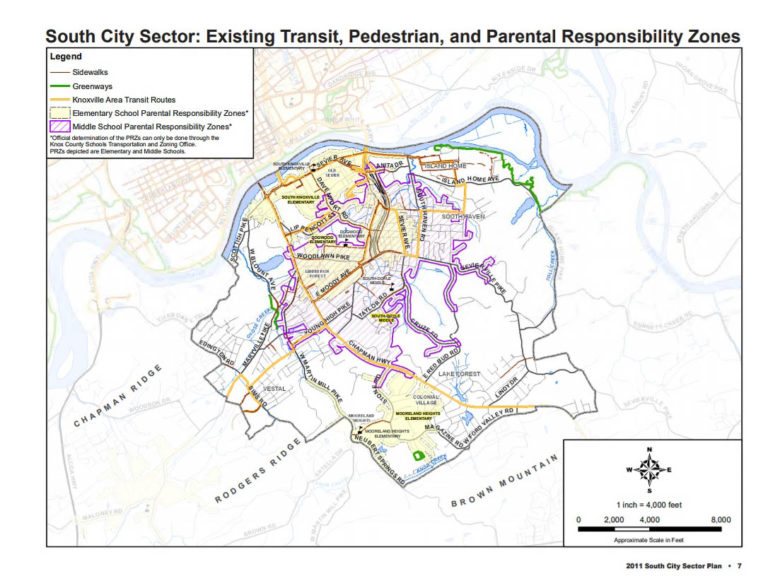 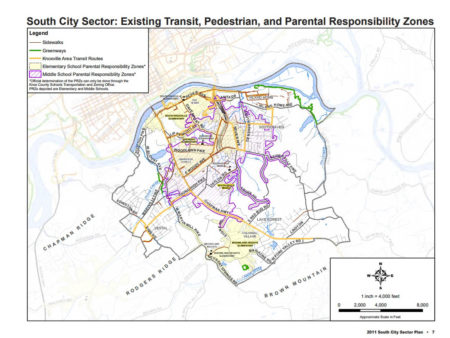 In recent years, a lot of attention has been given to downtown. From there attention has turned to the various corridors spoking out of downtown: Cumberland/Kingston Pike, Broadway, Central, Magnolia and Chapman Highway. Of the group, Cumberland has gotten the most work, with Central steadily gaining ground. Magnolia is set for work, soon. Broadway has been discussed and plans have been made.

Most of us would likely agree that these corridors have become a mess over the years. Dangerous intersections, hostile environments for pedestrians, predatory businesses, poor development and blight are easy to spot on many of these arterials. Some have been improved, while others have languished. Plans have been developed and years have passed with seemingly little progress.

The upcoming focus of attention is Chapman Highway. It’s worth noting, of course, that Chapman Highway, Henley Street and Broadway are actually all the same thing: US Highway 441. While we may speak of the road as if it has distinct parts, they all flow on the same corridor and they all have issues. 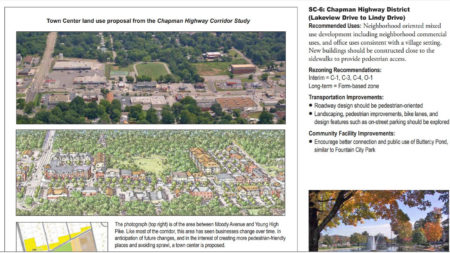 Major discussions have been entertained over the years I’ve written this blog regarding the section we refer to as Henley Street. The street forms a barrier between downtown and Fort Sanders/UT and has been allowed to develop in such a way that it presents a tough pedestrian environment and a business dead zone.

George Scott Produced the video you see here in 2010 when the Henley Bridge was closed – a perfect opportunity to calm and reconfigure Henley Street while it held little traffic. City council did not choose to pursue that despite community advocates such as Jack Neely suggesting its potential as an attractive boulevard. The Urban Land institute more recently recommended that the city take steps to re-claim this lost swath of downtown.

How does that relate to the current conversation? Much of the recommendation for reclamation of Chapman Highway centers around the same discussion we held back in 2010 and 2011. If Henley had been altered, it would be have a natural flow onto Chapman if the recommendations of the 2011 South City Sector Plan are followed. And isn’t it interesting that the plan was being developed around the same time we decided not to take the opportunity to execute a similar plan on Henley?

On September 5, the Metropolitan Planning Commission and the City of Knoxville will hold a workshop from 5:30 – 7:00 PM at South Doyle Middle School to encourage community conversation about what should happen along Chapman in an effort to make it “a better place to walk, drive, bike or use public transit.”

The latest plan is called the, “Chapman Highway Implementation Plan,” and the city and MPC have enlisted the assistance of Kimley-Horn Associates. Preliminary meetings have been held to discuss the corridor from, Blount Avenue to just south of Governor John Sevier Highway. “Feedback received from this workshop will be used to develop a list of projects to be considered for implementation. A second workshop will be held later to gather input on specific projects determined from the initial feedback.”

The study will result in a phased implementation of transportation improvements identified in past studies that are focused on:

A trip to the site and a cursory reading suggests the group does not intend to develop a new plan, but rather to reference a number of plans previously generated, establish priorities and make a plan for action. A number of the plans are listed and linked. One I’m familiar with, Plan East Tennessee (Planeasttn,2011) lists broad goals for all areas in east Tennessee, including, Clean Air and Water, Healthy People, Regional Prosperity, Local Food Production, Transportation Choices, Efficient Infrastructure, Great Places, Housing Choices. Nothing specific to Chapman Highway presents itself.

Another referenced is must more recent, and that is the Mobility Plan 2040 (2017). According to that site, “The Plan was approved by the TPO Executive Board on April 26, 2017 after 16 months of work and community engagement. It prioritizes $2.3 billion in transportation projects over the next 20+ years. Projects are multi-modal and focus on maintaining our existing transportation network. An executive summary and the full plan are available here.” 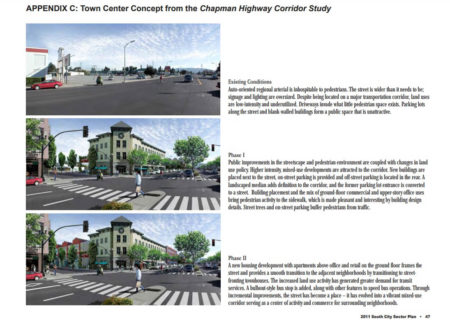 Of more pertinence might be two other plans listed, the Chapman Highway Corridor Study (2006) and the South City Sector Plan (2011). The illustrations you see here are from the latter and they pretty much bring into focus ideas most of us might expect: More density, better pedestrian access, mixed use buildings, bike lanes and more of a boulevard look for Chapman Highway. Some renderings include a lake like that in Fountain City and even Vestal is given a makeover and becomes another node like several others suggested along the re-imagined Chapman Highway.

You have a chance to express your opinion on September 5th. I hope you’ll do so. I only regret that we don’t have a working example of how that same road was reclaimed just to the north on Henley Street. Perhaps we’ll finally act on the reports and suggestions and make Chapman Highway the grand entrance into downtown that it could become.