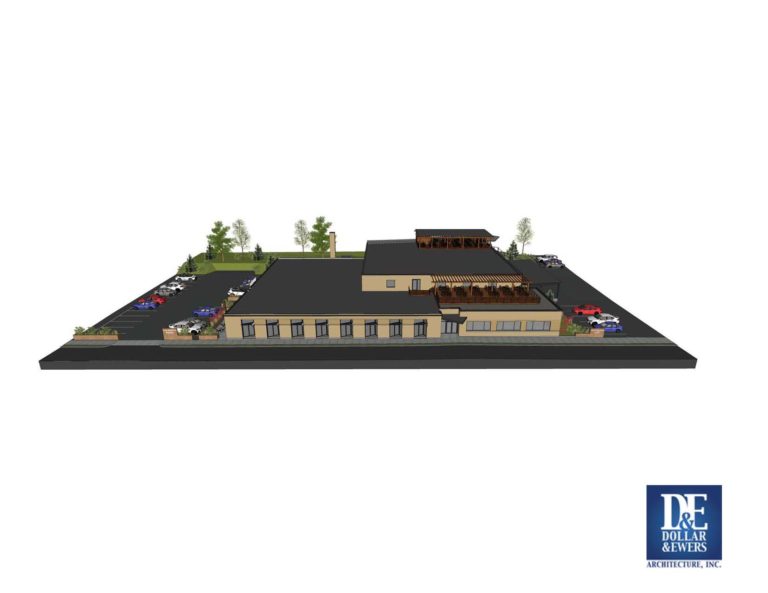 Front View of the Project

*This story has been updated with added information.

The biggest news seems to bounce between the north and south ends of downtown. South Knoxville has been particularly hot in recent months and years. One of the early stories I covered along Sevier Avenue was Alliance Brewing Company and one of the most recent was South Coast Pizza. The two have common ownership in the person of Christopher Morton, who also owns Bearden Beer Market and now has announced plans for the new South Coast Market on the 900 block of Sevier Avenue.

It’s a long-term project that has been in the planning for some time, but recently switched into high gear with the purchase of the large building at the corner of Sevier and Barber. A small investment group has purchased the building with Morton to develop a portion of the project. Anticipating the purchase, Chris has researched and settled on a small scale model of Pike Place Market in Seattle. Morton has visited that market before – and plans to return soon to look at it with an eye toward this development – and he’d like to bring a similar vibe to the new project.

According to Tim Duff, one of the partners who purchased the building, a 10,000 square foot restaurant is planned for the top of the building, as pictured in the rendering, to serve as one of the anchors for the building. The group of five building owners is traveling to Asheville today to discuss the possibility.

The first phase of the project will involve demolition of the cinder block portion on the eastern end of the structure and the alteration and improvement of the facade to accommodate retail. The demolition will increase parking on that end of the building and allow for the primary building to be accessed directly from all sides. Loading docks will remain on the opposite end of the structure, providing necessary infrastructure for the businesses he plans to install.

According to Mr. Duff, a city facade grant was applied for to facilitate facade alterations along Sevier allowing for multiple retail locations of a variety of sizes, totaling about 9,500 square feet. Each of these would have an external entrance along Sevier and rear openings into the market itself. He noted how helpful Dawn Michelle Foster and others with the city have been in getting the property re-platted and ready for construction.

One central component of the new building will be the South Coast Market – continuing Morton’s branding of the south side of the river as the South Coast of the city. The market will include groceries, which he describes as having competitive prices to other local grocery stores and an emphasis on flowers comparable to a Trader Joe’s. He says it won’t be gourmet, but it will have high quality food and will include take out.

Like with South Coast Pizza, he wants it to serve south Knoxville and the families in the neighborhood. He said South Coast Pizza has been extremely successful and has fulfilled that vision. He told the story of a person who recently ate there, loved it, and returned with all her grandchildren. That’s the kind of community appeal he wants the new market to have. “South Knoxville needs a great shopping experience. No bells and whistles, but quality.”

He feels the group he has assembled to operate his various businesses is in a great position to make this new venture a success. “This is where a grocery store is needed and we are the group that can pull it off. We are service providers. That’s all we do. We’ll provide a grocery store that doesn’t price gouge.”

He hopes the retailers who ultimate locate along the front side will include specialty stores, and that the market will be, “symbiotic with the individual boutique retailers,” though retailers of any type who are interested should feel free to contact the group He’s also looking at similar regional projects for inspiration as he moves forward. Dollar and Ewers are doing the architectural work and have produced the preliminary renderings seen here. As plans evolve, the final project may take a somewhat different form.

“What we are doing here is very special. I am meeting so many great families . . . I really think this is one of the most special areas in the U.S.” As an example of what he means, he pointed out that on an hour break from South Coast Pizza, he was able to bike into Ijams, climb to a peak for photos, go for a swim and come back to work, making the point that there aren’t too many urban areas where that would be possible. He says he’s looking forward to helping feed families while making the area pop even more.

No clear time line has been established, as the project is in its earliest phase, but Mr. Duff said they expect to break ground in August. Chris hopes to be operating the Market sometime in 2019. Retailers who are interested in the spaces along Sevier should contact Tim Duff of Coldwell Bankers at 865-254-9786.

I hope to have photographs of the interior of the building in a subsequent article. I am told it is spectacular.