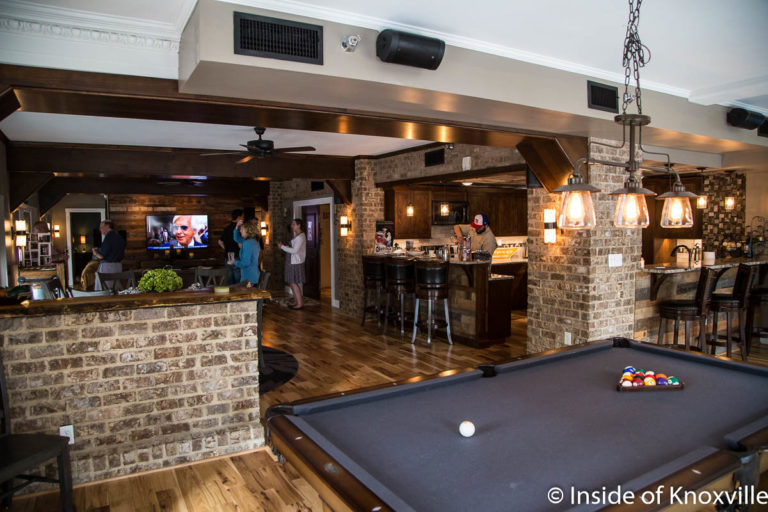 I hope you all made it out to the City People Home Tour and enjoyed the great weather and big crowds taking a peek into a few sample downtown residences. It’s a tour my wife and I have enjoyed for fifteen years or more. It’s one of the factors that helped us “see” ourselves as potential downtown residents. This year’s tour seemed to focus more on small, efficient units, with a few amazing ones thrown in. As downtown prices escalate, it’s probably a practical shift since many of us are looking at smaller places for downtown living.

The tour initially listed thirteen residences (one for VIP only), including one in the Medical Arts Building, but it was withdrawn at the last minute, leaving twelve. Of the twelve, I’ve written a recent feature on Knoxville High Independent Living, so if you missed it, you can follow that link. It is certainly worth seeing.

I’d also recently written about Tere Stoufer and her beautiful home in the Arnstein Building (above Urban Outfitters) and it is definitely worth a look for a premium example of an interesting space. Finally, I’ve covered the home in the Ely Building, including only in the VIP tour, so if you missed it, take a look at that opulent, cool space. So, of the original thirteen, that leaves nine, and in one of those I was told I was not allowed to take photographs, so I’ve got a look into eight of the homes that were included on the tour.

I started my tour at the Shamrock Suite, located just above Clancy’s Tavern in the Burwell Building (adjacent to the Tennessee Theatre). It’s one of two short-term rentals on the tour and probably reflects a trend in that regard. Owned by three couples, including owners of Clancy’s Tavern, the average leasing price is $625 a night for a non-football weekend.

Even an average space at this location – second floor overlooking Gay Street in the heart of our busiest district – would be a great place to stay given all the amenities and adventures waiting in every direction. But this is not an average space. It incorporates 2800 square feet, three bedrooms, and two-and-a-half baths.

Included are laundry facilities, a high-end kitchen, dining and entertaining space with great views of the street from only two floors up. Darts, pool, a large screen television and other entertainments are also sprinkled about in the beautifully finished space. The crown moulding, alone, in one of the bedrooms is worth the price of admission. While the large windows on the front offer great views, it is the side windows that offer the most character as they offer views of the Farragut Hyatt Place next door.

A second home inside the Arnstein Building (see above for the first) was also offered for tour and it features 785 square feet in a very efficient lay-out that flows well and offers some of the finest views in the city as it overlooks the canopy of trees in Krutch Park as well as a sliver of Market Square.

All homes in the building are leased and this particular home makes the most of its space with a minimalist sensibility accentuated by amazing art and lighted by the massive windows. All the decisions together make the space live much larger than its actual square footage.

The Daylight Building is one of my favorite buildings in the city. I’ve written many articles about it since beginning this website, not the least of which was an September 2016 article announcing its availability for purchase as condos after it was leased for the first five years. Built in 1927, it has been beautifully restored (as is the case with the Arnstein) by Dewhirst Properties).

When Urban Woman and I moved to downtown in 2009, the building was empty. In the years since, it has featured some of our favorite retail locations and currently includes Wild Lavender, Coldstream Market, Union Avenue Books, Pearl on Union and J.C. Holdway. An amazing restaurant, coffee shop, independent book store, home furnishings and self-care in a great building on a beautiful street: Who wouldn’t want to live above all that?

Unit 205 is in the interior of the building, on the second floor and overlooks the massive murals of vintage Knoxville photos installed by the city a couple of years ago. The home includes 530 square feet and a very cool brick pass-through from the kitchen to the living space. A Murphy bed is neatly tucked away into one wall to maximize space.

The second unit featured in the building, unit B03 is located outside and behind the building on what has become a charming courtyard as the trees bordering it have grown to make the space more private and separated from the adjacent parking lot. Both this and the previous home have private parking for one car and adjacent garage parking.

Larger than the interior unit, this home includes over 1100 square feet and features two bedrooms. The front, living space feels warm and welcoming over plenty of space for entertaining, plus the outdoor space for overflow. The guitars on the wall suggest that parties might be a possibility in this private home tucked away from the hustle and bustle waiting just around the corner.

Due to the number of photographs, I’m breaking the article, here. You’ll find part two here.