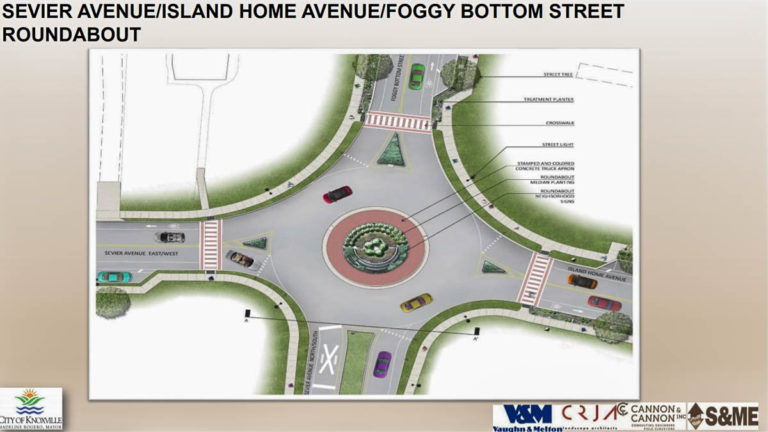 Dawn Michelle Foster, Knoxville’s Redevelopment Director, said the project has been “on the docket,” since 2009. Nearly a decade later, the project has subsequently been broken into smaller pieces. Suttree Landing Park was a portion of the original master plan and it has largely been completed. Still, nearly a decade out, the heart of the improvement project hasn’t begun: the Sevier Avenue Streetscape.

It’s a reminder that simply because an idea or plan seems dormant, it hasn’t necessarily gone away. To consider the organic development that has happened along that stretch of road also raises the thought that perhaps the slow pace isn’t completely a bad thing: It allows for incorporation in the final design, developments that might not have been anticipated when the conversation began.

The project, on its surface isn’t complicated. The section of Sevier Avenue included runs from Davenport to a planned roundabout at the intersection of Sevier, Island Home and Foggy Bottom. It’s about four blocks. Sidewalks and street lighting improvements will be a focus – you can see in the photo the poor condition of sidewalks along the stretch – as will improving the strange intersection of roads at the eastern end of the stretch.

Ryan Henley is the project manager and he indicated the project will not begin on the ground for a year or more and will take a year to a year-and-a-half from beginning to end, so we’re still potentially several years out from the finished product. Concerns expressed so far seem to center on the construction period and the potential impact on the growing business community along that corridor more than concerns about the finished product which appears, to most who gathered at last night’s discussion of the project, to represent a good end product.

The discussions with impacted property owners will soon begin. Some will loose temporary use of portions of their property, others may permanently loose portions in order to expand the sidewalks, for example. Others may actually gain property as the street is shifted and a few will permanently lose property. It appears that one or two homes will be rendered no longer viable as the plans stand.

The roundabout is the major alteration of the roadways and it comes at an intersection which presents problematic angles – in part due to previous changes in the road. Topography, odd intersection angles and speed conspire to make the spot a bit treacherous. These issues, along with better entrance access to Suttree Landing Park will be addressed by shifting Sevier slightly to the east to line up with Foggy Bottom and the roundabout which should reduced traffic conflicts and traffic speed.

Despite the fact that the project still seems elusively distant, a deadline looms for comments before the plan progresses. The comment period will end April 16. Concerns (or accolades) should be directed to Dawn Michelle Foster at dmfoster@knoxvilletn.gov. You can find an overview and links to the project here, a presentation with renderings here and the entire 158 page plan here.