The Women in Jazz Jam Festival 2018 – A Quick Glance 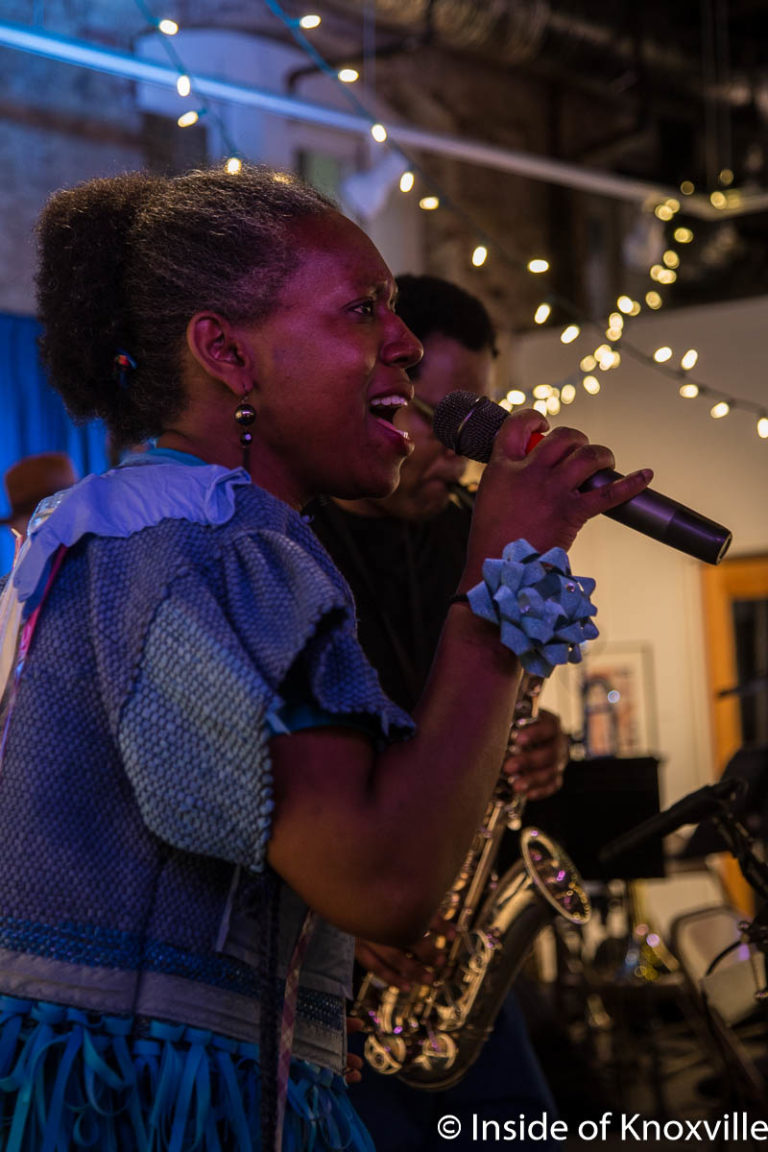 It seems that every year I have scheduling conflicts that prevent me from attending most, if not all of the Women in Jazz Jam Festival produced by Kelle Jolly. This year was no exception, but I did manage to catch some of the performance on Friday night and I’m very glad I did.

I first wrote about the festival and about Kelle in 2016 when the festival was an idea floating around in her mind. Two successful outings later, the event has taken on a life of its own, shifting a bit in form and format each year, but keeping the focus squarely on women in jazz. There couldn’t be a brighter light to guide it than Kelle. She’s an inspiration and that’s what the festival has become.

Diane Monroe served as this year’s feature artist and the jazz violinist did not disappoint. She kicked off the festival with a performance on the WDVX Blue Plate Special on Friday, which was followed that night with the Women in Jazz Jam Festival Band performing at Alive After Five in the Knoxville Museum of Art. From what I’ve been told, it was a very special night.

Saturday afternoon featured a Women in Music Gathering at the Emporium and the culminating event of the festival began Saturday evening at the Emporium at 5:30 with the Anna Helms Quartet (Anna, a phenomenal saxophonist also plays with Ensemble Swing Time), followed by a performance by Kelle Jolly and the final performance with Ensemble Swing Time, a seventeen-piece big band, conducted by and with lead vocals by Deidre Ford, and special accompaniment by Diane Monroe.

I caught Kelle Jolly and Ensemble Swing Time with Diane Monroe, as you can see from the photographs. Kelle just gets better and better. The band, featuring Will Boyd on saxophone and Kenneth Brown on Drums is about as good as could be imagined for a jazz combo. Kelle mentioned recently having a “big birthday,” and, now that she’s in her twenties (I’m just guessing), her voice and interpretations just get richer.

Ensemble Swing Time kicked it from beginning to end. Deidre Ford’s conducting and vocals were both exceptional and the orchestra delivered the love they obviously feel for the music. Diane Monroe is otherworldly on the violin, improvising and coaxing unexpected sounds from the instrument as she goes. She is truly a rare talent. The video included here is not from the festival, but a previous performance included simply because I wanted you to hear this amazing woman.

Kelle has made the festival happen for three years and in the context of 2018, with the #MeToo movement, the push to have women candidates run for political office and the greater assertion of women in all arenas, it feels as if the rest of us have caught up to what Kelle was thinking two years ago. It’s a vision worth looking forward to in year four. In the mean time, you can catch Kelle on Jazz Jam with Kelle Jolly on WUOT, Friday nights at 8:00 PM. You can also hear a recent interview with Kelle and my friend JJ Pershing on Rocky Top Roundup.