Steamboat Sandwiches is Back at Its Original Location 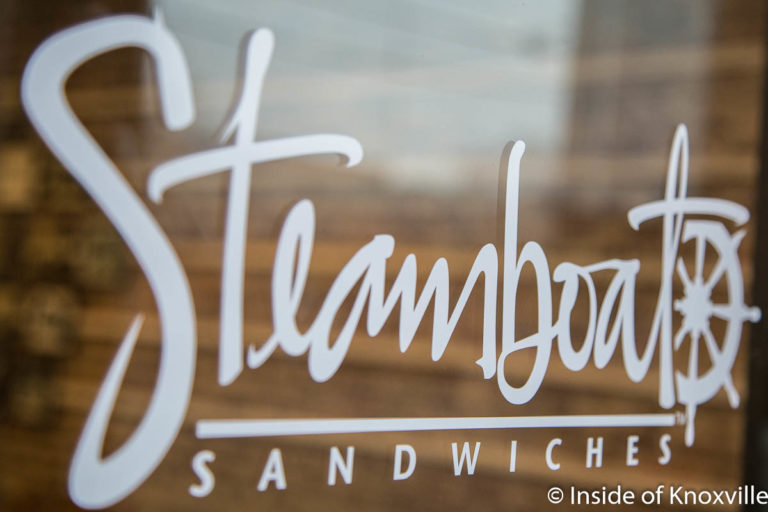 It started with a casual conversation at Pecha Kucha. John Sanders casually mentioned that he had purchased the building which once housed Steamboat Sandwiches’ original location on Central and he wanted to bring the brand back to the spot. Matt Turner, Meredith Cole and Trevor Guydon, hearing his comment, looked at each other, back at him and said they would do it – and now they are.

It sounds like a simple, if surprising moment, but a lot led to that conversation. On the Steamboat side of the equation, you may remember that the Anderson family, owners of the sandwich shop, left that location to move to Market Square, then in December 2014 announced they were leaving Market Square to return to the original location where they owned the building. Subsequently, they opted not to restart that business, but to focus on franchising. John Sanders bought the building.

Matt, Meredith and Trevor worked together for several years at Tomato Head and really enjoyed their working relationship. After they all eventually left the restaurant, they remained friends and explored a range of employment options. That fateful night when John mentioned the possibility of bringing a franchise back to the original location, they were ready.

Trevor worked at Tomato Head for about four years working his way up from washing dishes to front-of-house manager and has worked at various restaurants since. Matt got his start at Tomato Head and was there for 3 1/2 years before moving to Public House as bartender for 2 1/2 years. Meredith worked for ten years at Tomato Head, but has focused on her photography business for the last four years and worked for an after-school program.

Matt pointed out that while so many businesses have moved downtown, the area around the original Steamboat seemed a bit neglected. He pointed to the opening of Wild Love Bakehouse as a turning point suggesting the area might be ripe for resurgence. In this context, the idea of bringing back the original Steamboat location seemed like an idea whose time  has come. That conversation was in February of 2017, meaning the idea has taken over a year to become a reality.

In addition to being the building owner, John Sanders, of Sanders Pace Archtecture served as architect while Holston Construction did the build-out, which was complete in October. It was another in a string of preservation projects involving Sanders who felt strongly this building should be saved and the business should be a part of it. For those of you who remember the original shop at this location, you’ll realize the size is larger as it was expanded to the rear of the building.

The appeal of the business has always been the fresh-baked bread, which Meredith described as “light,” used for the sandwiches. Additionally, the large size of the sandwiches has always been a draw and that will continue. They’ll also have the fresh lemonade made famous by the original restaurant, as well as the favorite sandwiches you’ll remember. I remember the great photographs of historic downtown Knoxville from their time on Market Square and those are still proudly displayed.

The group is doing a lot of the work themselves and have invested many personal hours getting the restaurant ready to open. They are hiring five part-time people initially and will begin training them next week. Matt says they have had a large learning curve getting ready to open the business and the Andersons have provided intensive training on their system, which Matt says makes the process very efficient. Meredith described it as, “the most I’ve learned in a week in a long time.”

The restaurant will be open for lunch, initially with hours running from 10:00 AM – 3:00 PM Monday through Saturday. The three say they will likely expand hours in the future to include dinner hours and at that point they would likely add beer. Trevor pointed out that the first priority has to be making it efficient.

Meredith said they are, “really excited about this neighborhood and want to be a staple of Oakwood-Lincoln Park.” She pointed out that the neighborhood associations have been very supportive of the idea and the area, she feels, deserves some good things to come their way.

The three are a little terrified, but a lot excited. Meredith said that a woman called today and said it was her birthday and she wanted a sandwich there to celebrate. They’ve gotten a number of calls like that from people and they are excited to bring back the Steamboat flair to the spot. They also pointed out a major difference from the first incarnation of the shop: they have lots of parking in a lot just behind and across the street from the building.

When I asked the opening date, they hesitated and looked at each other. Finally, someone said, “April 9.” It’s the first time they’d said it out loud to anyone outside the group. It suddenly got real. But they said they would definitely be making sandwiches that day and and hopefully every day for a long, long time.

Stop in to see them on April 9 or soon thereafter. Also give their Facebook page a “like,” to encourage their efforts.