How About a Little Orchestra with that Beer? 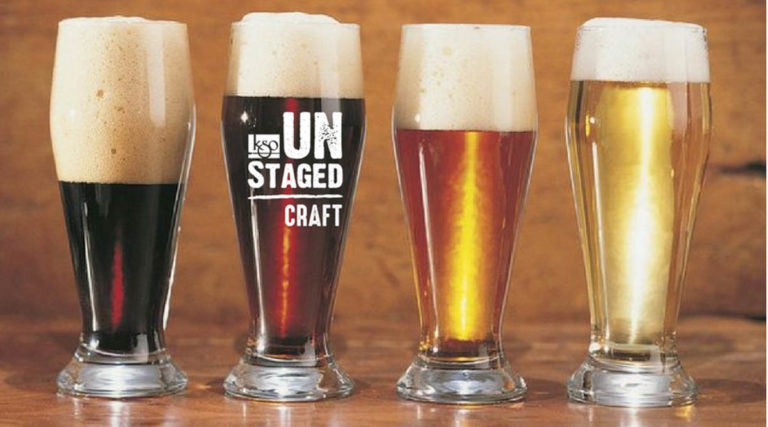 We have certain expectations of different kinds of people and groups. Sure, sometimes they are misguided preconceptions, but generally certain groups or tastes don’t mix much. Do you think of wine snobs flocking to hockey games? Do you easily imagine a Prius-filled parking lot for a monster truck rally? Modern Dance enthusiasts at a gun show?

When you hear, “symphony orchestra,” what comes to mind? If you said, “craft beer,” you win the prize. Not only that, but you think a lot like KSO Music Director Aram Demirjian. With a Future’s Fund Grant in his pocket, Demirjian recently contacted Zack Roskop of Knox Brew Tours with the idea of joining forces in a mash up of classical music and craft beer. The result is, the Knoxville Symphony Orchestra’s, “Unstaged: Craft,” event this Thursday night at The Standard.

It’s just one of a number of efforts the KSO is making to expose new groups to classical music. Whether it’s their Concerts in the Community program, or their KSO in the Schools program or their Story Time Performances, they are spotted around town in venues very different from their common habitats of the Knoxville Civic Auditorium, the Tennessee Theatre, or the chamber shows at the Bijou. One of the absolute highlights of Big Ears last year was their performance at the Mill and Mine. They will return to that festival this year, as well.

Zack said that when Aram called him, the two instantly had a rapport and found numerous connections between the two worlds. Each are passionate about their respective worlds and keen to share that with a new audience. Why shouldn’t craft-drinking millennials enjoy the orchestra? Surely there are orchestra fans who would enjoy a good craft brew?

The result of their conversation is that this Thursday night, you’ll have the opportunity to hear four sets of music, each pair with a local craft beer. You’ll hear Aram discuss the piece and Zack discuss the beer. The connections might be surprising. I suspect you might hear about the creative process in developing beer and the balance found in a musical movement and in a great beer. In any case, you’ll sip great beer while listening to great music. Dig on the connections or just bliss out.

Aram said, “Our debut KSO UnStaged event, “Craft,” isn’t a concert. It’s an experiential evening involving classical music and craft beer. It’s about bringing together Knoxville’s creative minds for those seeking an interesting and novel night out and bending their expectations of what it means to ‘go to the symphony.’ ”

You’ll also experience a sort of melding of arts as a poem is interpreted by a photographer whose photograph leads to a composition which inspires its own beer. Sound fanciful? It sounds fun. Any collection of creative people is a good thing, but artists and artisans of very different sorts assembled together might just produce magic.

You’ll hear some Mozart – but not like you’ve heard it before. Have you ever wished that a classical piece could be paused while the director turned to explain what you’d just heard in order to prepare you for what comes next? It could happen. And how does the balance of a performance change the essence of the piece? It might be similar to a shift in ingredients or proportions or methodology while brewing a craft beer.

It’s just possible that members of the audience might be offered the opportunity to play with the balance of piece as it is performed. Zack pointed out in our conversation that water, malt, barley and hops represent the essential ingredients in beer. Without yeast, however, nothing will happen. When the yeast is deployed properly to balance the four parts, great beer can happen.

The combinations of musicians will range from four to thirty-five in the four sets of music. Musicians will mingle with the audience as everyone enjoys the brews. The featured breweries include Alliance Brewing Company, Blackhorse Brewery, Crafty Bastard Brewery and Last Days of Autumn Brewing.

The event begins at 7:00 PM, Thursday, November 9, at The Standard. Tickets are $34 in advance or at the door (might want to get them in advance). You may purchase tickets here. Participants must be 21 years of age or older.

You’ll also have a chance to introduce the young ones to bite-sized portions of classical music with WDVX Kidstuff hosted by Sean McCollough and featuring the Woodwind Quintet from the KSO this Saturday morning at the WDVX studio at 10:00 AM. And it’s free!