A Market Square Business and a Union Avenue Business Close 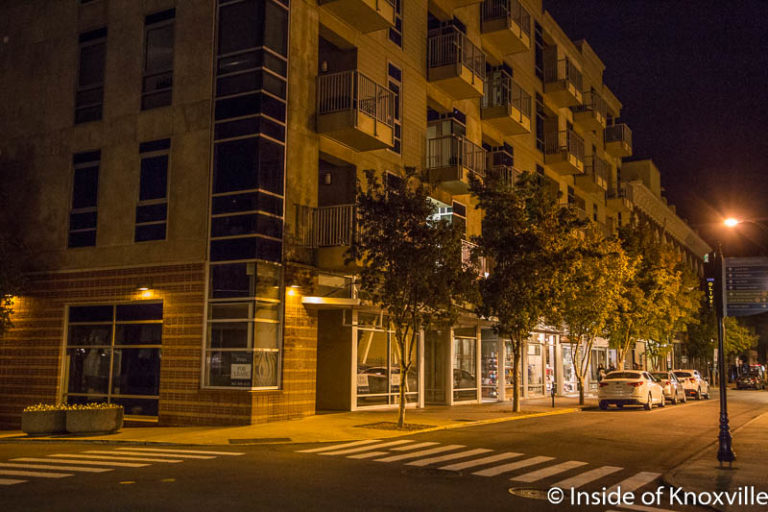 It’s a truth that may be hard to keep in focus in these heady times in downtown Knoxville, but businesses don’t always make it and the ones that are successful for a period of time don’t stay forever. There may be direct and obvious causes or there may be nothing discernible beyond the simple numbers.

One of the realities of success in an area is that rent doesn’t trend downward. The higher the rent, the more money required on a regular basis for the business to become or remain successful. Some businesses will simply not be able to increase their revenue stream quickly enough to compensate for the additional expense.

Market Square and the areas immediately around it are our hottest areas. The good news for businesses is that this is where the heaviest foot traffic in the city is to be found. The bad news is the cost. Storefronts that couldn’t be given away fifteen years ago now draw competition and a premium in rent.

Nancy Langkamer opened Rita’s Ice on Market Square nine years ago. Nine years is an eternity in the business world and, even more so, perhaps, in the world of downtown Knoxville. 2008 was a different era of cheaper costs to locate downtown and promise of a slowly emerging downtown. Based in Pennsylvania, the company has franchises in 33 states, including two in Nashville and one in Chattanooga. A Fountain City location closed about a year ago.

A notice on the facebook page for Rita’s Ice Market Square location stated simply, “We would like to inform our loyal guests that we have made the difficult decision to close our business. Thank you for allowing us to be part of the community for the last nine years. We appreciate each and everyone of you!”

I spoke to Nancy regarding the decision. She said, “The rent and overhead on Market Square has grown to a level that we just could not afford.  We enjoyed our time on Market Square and loved being part of the community. We appreciated all our customers and we will miss them! We are sad to be leaving.” She indicated that she will not be opening in a different location, but rather is looking to move on to something new.

While nine years is a near eternity in modern downtown Knoxville terms, another company is pulling out of downtown Knoxville after seventeen years. Lellyett and Rogers first opened on Market Street in what became the Bank East building. When that building remodeled rent rose and they moved to what would be their final location at the corner of Union and Walnut, becoming the first business – and for a while the only business – to inhabit what has become a successful strip including Tree and Vine, Nothing Too Fancy, Citifid-o and Casual Pint.

I spoke to Gary Pomeroy who was charged with opening the branch of the Nashville business seventeen years ago and locked the doors for the last time just yesterday. He lived in Knoxville for four days a week during the first six years and has been in Knoxville frequently for the entire run.

He said it has been exciting to see what has happened in Knoxville over the seventeen years. The company’s small office here was heavily focused on printing plans for architects, engineers and contractors. They also did work for many downtown groups, including non-profits like Nourish Knoxville, Dogwood Arts and more.

The work, however, has shifted more to electronic transfer of plans and their business declined. Rent went up and the two trends were not compatible for the long term. Mr. Pomeroy said it just wasn’t sustainable. Their three employees was reduced to two and, ultimately, it just wasn’t enough.

The business in Nashville is much larger and the focus is somewhat different, allowing for continued success there. One of the employees has agreed to move in order to continue work there. The other has chosen to stay due to family concerns and plans to open a new business with use of some equipment from the shop, given to him by the company.

I spoke to several architects and learned that the company supported many interns from UTK over the years with reduced costs, did pro-bono work for the local AIA chapter and became a trusted part of the local architectural community. John Sanders of Sanders Pace Architecture said, “They were very much a community minded entity and honestly (what) they did for the UTK students over the years was amazing. I have always appreciated them and what they do. We will miss them!”

Mr. Pomeroy said Knoxville has come to feel like a second home and he’s really come to love the city. He said the company, “always tried to be the best, though not the cheapest,” saying success is built into how you respond to clients. He feels it worked well for them and they had a good run. He wished everyone here the best, but also noted that, thanks to electronics, the company is able to continue serving any clients who are interested with FedEx delivery the next day.

The upshot for downtown is that 26 Market Square is now available for lease, as is the northeast corner of Union and Walnut. Two properties that were once as much on the fringe as everything downtown are now at the center of the city’s recent success.