The House That Beer Built 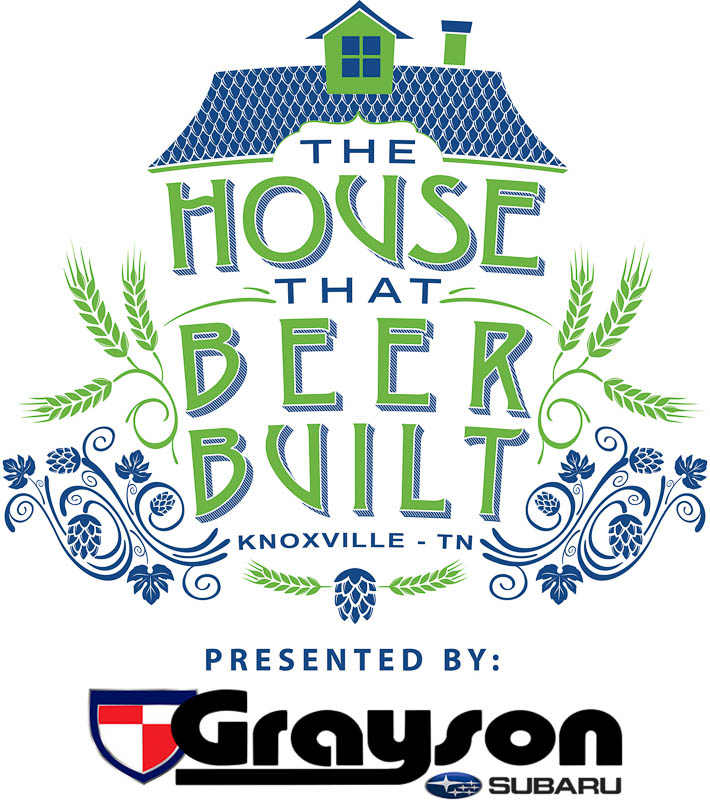 Knoxville’s beer community continues to put the community into the beer in new and different ways. Now they’ve paired with Habitat for Humanity to build two homes for Knoxville families. Beer and building, as it turns out, go well together. Grayson Subaru is joining forces with an array of breweries, pubs and a certain beer tour outfit to pull off a series of events funding the project before doing the actual work themselves. The effort is called The House that Beer Built and their site declares they are raising walls one pint at a time.

Candice Hinkle, Special Events Coordinator for the Knoxville branch of Habitat for Humanity told me the first such event was held in Fort Collins, Colorado. She heard of their efforts when she attended their session at the International Habitat Conference. It seemed perfectly set for replication and, of course, Knoxville’s beer community jumped at the chance.

She contacted Chris Morton, owner of Bearden Beer Market, who jumped on board and began making introductions. Grayson Suburu came on as corporate sponsor and everyone contacted said, “yes,” without hesitation. Chris said, “When you get a group of people like this together, they all want to help.”

As a result, each location involved is holding their own unique fundraiser and is soliciting volunteers. Candice pointed out that connecting with a new pool of volunteers is critical to the organization as they are volunteer driven, having only two staff members in Knoxville. The hope is that this experience would be the beginning of a relationship with Habitat for many of these volunteers.

She explained that local chapters have to do their own work including fundraising, assembling volunteers, screening and working with families. Knoxville’s pace currently results in about twenty-two new homes for families each year, while several others are renovated.

You may not know that families selected go through a thorough screening process to make sure they seem likely to be a successful homeowner. After being selected, they still have a long road to travel before being given the keys. They have to complete 500 hours of required work, including taking a budgeting class each week for a year. They complete classes in landscaping and home ownership. All family members over the age of sixteen participate. In the end, the home, built at very modest cost, is financed to the family for thirty years with no interest.

Raven is the recipient of the first home the beer community will build. She works full-time as an LPN (Licensed Practical Nurse) at the Knoxville Orthopedic Clinic and says learning to budget has been a challenge, but now she thinks and talks in terms of Roth IRAs and saving for large expenses. She says she’s most excited about her children having their own rooms and a safe yard in which they can play.

All the participants in the House that Beer Built are selling passport books (think coupon books for beer!). They cost only $20 and offer purchasers up to $50 in discounts at their various businesses. Also for sale is a calendar and a very cool tie-dyed shirt commemorating the effort. You’ll find the shirts, calendars and passports at all participating establishments and you’ll find a list of the participants here.

The site also offers the opportunity to donate or to volunteer. Both are critical. Can’t work? Donate. Can’t donate? Work. Limited in the construction work you can do? Help organize food for the workers. Hand out water so they stay hydrated. They need people to register the other volunteers as they arrive. There’s a spot for everyone.

“Blitz” days – the day when a major portion of the build happens have been set for each of the homes. The first (Raven’s home) will begin construction on October 28 and the second will get its major push on November 11. Before then activities leading up to the big day will be taking place all around town. The first is today from 5:00 PM – 9:00 PM at Fanatic where they’ll be having Oktoberfest Fun.

Sunday at Hexagon you can make your own tie-dye for $20 at their fundraising party from 2:00 PM 0 6:00 PM. Tuesday, you can get $5 brats all day with the money going to the cause, along with $1 from every pint sold.  Next Saturday night you can channel your inner child in the Big Wheel Race at West Hills Flats and Taps.

As for downtown area participants where you might pick up swag and passports, you’ll find what you’re looking for at Balter, Pretentious, Suttree’s, Schulz Brau, Casual Pint Downtown, Last Days of Autumn, Crafty Bastard, Alliance, Hops and Hollers and Central Flats and Taps. Zack Roskop may even have some on that little Knox Brew Tours bus running around town.

So step up, Knoxville. Let’s help build someone’s dream. Check out Knoxville’s Habitat for Humanity. Go to the House That Beer Built website. Donate. Volunteer. It’s who we are, right?